The UMA take on the A-Z challenge

Our A-Z challenge is a fun way to get to know the many bands and artists out there. Here its the turn of guitarist Dan Jones to tell us all about The UMA. 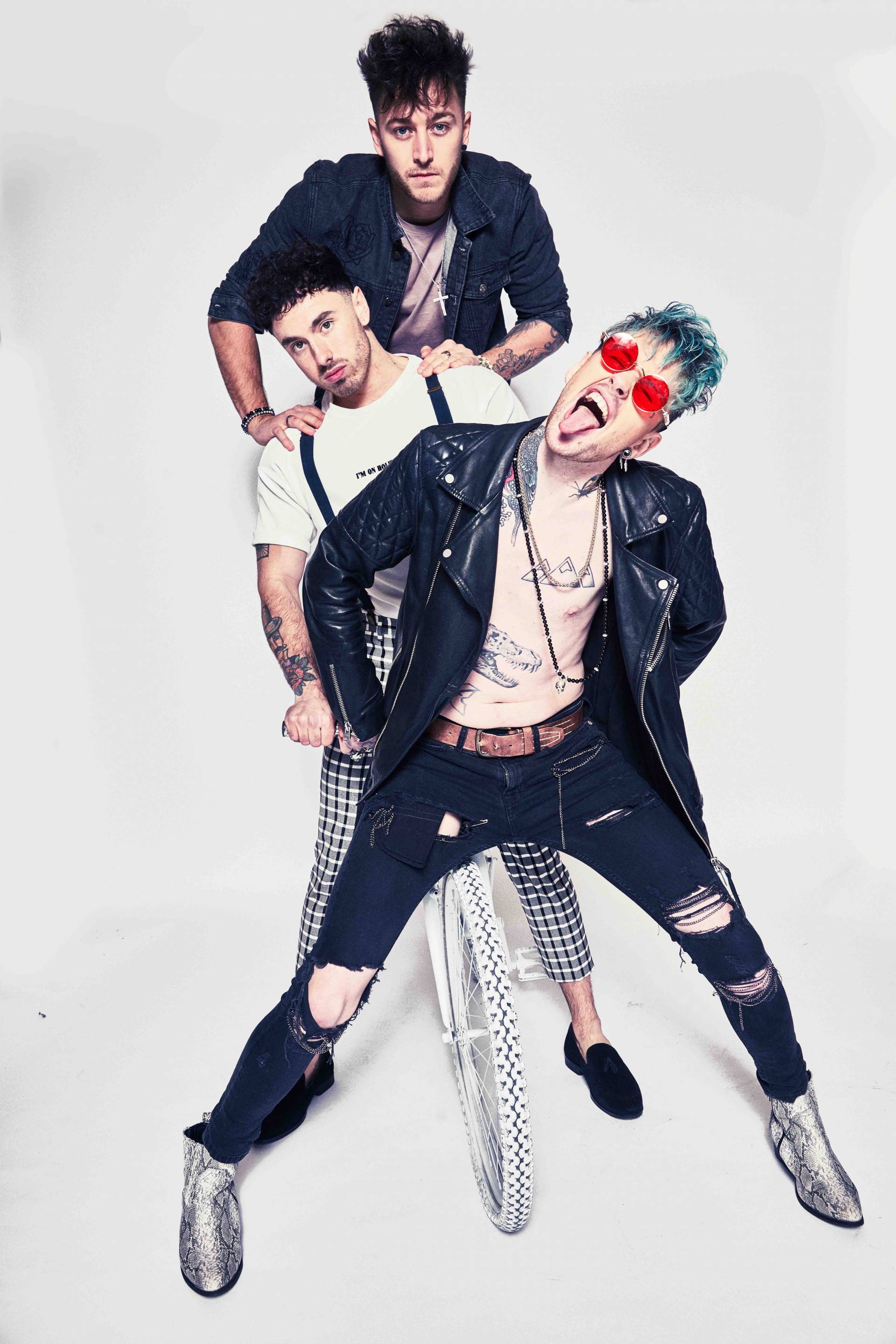 Download Festival. I pinched another catering ticket as well so I pretty much ate like a king that day haha. You also get this huge ice bucket filled with beers and spirits which is cool because drinks always taste better when they’re free.

I can’t really pin point anything to be honest, it’s all felt pretty nuts from start to finish. I think picking Britt (our manager) up from the airport on our first tour was pretty crazy. That was when everything felt like it was actually real.

For me, it’s the whole of Wake Up. That song represents a very destructive time in my life. More specifically within that song,  it’s probably “we’re killing for a living and we’re failing too much, reaching out trying to grab at the faith we can’t touch. Everything I love is cynical”.

Fire is by far the easiest song we wrote. That song was fuelled by our emotions, current situations and a f*** load of rum. It just came together so naturally!

I think, at the minute, it’s probably Wake Up. It was the first song we released and seemed to be the one that people knew of when we played it. There was just a whole different wave of energy in the room when we played that song because everyone just danced with us rather than scoping out whether they liked the new stuff.

Staying relevant and keeping people interested. Especially now, whilst shows are off the cards, it’s been a challenge trying to make sure that we survive and grow simultaneously. Thankfully we’re sat on a solid amount of material which we’re releasing throughout the COVID period.

Wow, that’s hard! Erm… I was on track to playing football full time when I was a teenager and packed it all in to go and pursue music. I question that sometimes when I look at my bank account hahah but it was definitely the right thing to do. I don’t think I’d be the person I am now if I’d stuck to playing football and I don’t regret it.

In a nutshell, everything is a joke to us haha. We’ve been best mates for about 10 years so we never tend to take ourselves seriously around each other unless there’s something we need to be serious about. I question how much of our humour would be funny to people on the outside but we definitely know what cracks us in half between the three of us. Ben and I call Phil Kung Foo Jimmy quite a lot. He tried to do a high kick in the video for FIRE and it looked like someone with severe tendentious trying to do a roundhouse. That was pretty funny.

Relax, be patient and let it flow. Sometimes the ideas that you think suck are the ones that form the most loveable parts of the song. Lyrically I like to name the song before I’ve written it. It’s cool to think of a song title that sounds nice and reads well – once you’ve got a concept you can almost work backwards.

I don’t think I’ve ever played a show out of the UK yet. We were due to open a tour in Europe in May and that would have been the longest I’d travelled. To date, it’s probably Edinburgh. It tipped it down the whole way and took us like 7 hours to get there haha.

Probably Matt Healy. There’s just something so eccentric about him that I love.

I don’t know how old any of these artists are but I think they’re pretty new. I’ve been listening to “Complicated” by Neverkept a lot at the minute – I love it! It’s kinda like true American pop-rock stuff and just has such a good feel to it.

I really love “Sleeptalk”. They’re another American band that are doing really great things. Their music is just something for any occasion and I find myself listening to them a lot. They followed us on Instagram so I had a listen and just really gelled with their music.

I also love “Text” by Beth Duck. She’s a British artist (I think) and just smashes out chilled pop bangers. Her voice is lovely.

Don Broco would be great for us. They have such an evolving fan base with people of all backgrounds, interests, lifestyles and hobbies etc. It’s the exact audience we strive to have.

I’d love to tour America. I’ve heard some pretty horrific stories about touring over there without air conditioning so I’d like to avoid that if I could. But I looooooove the food and bars over there! Everything’s just so chill and it would be so good to work over there for a good amount of time.

“ The purpose of our lives is to be happy.” — Dalai Lama. It’s such a basic quote but it’s so true. I spent so much time and energy chasing stuff that I thought would make me feel better and it never actually did. I think once you start appreciating the things and people you have surrounding you, life starts to feel so much easier. If something doesn’t make you happy, get rid of it. You don’t deserve to be unhappy!

It’s completely metaphorical. When we write, we try and put as much alternative meaning into the song as possible so that it could mean something completely different depending on who you asked about it. FIRE has a whole host of different meanings but the word evokes a certain set of feelings which are applicable to the meanings of the song (try saying that last part double speed after a few drinks).

Somewhere in 2021 probably. We’re gutted that all of our plans have collapsed for 2020 but we’re working on making 2021 really successful for us.

They’re completely different so I can’t say I agree. However, I do agree that the live support element was better (at least I think it was). People seemed to respond well to unknown music and would go to a show on the off chance that they might find an artist they love. There’s too many distractions and now and so many other things available to fill boredom, which means that getting people to see unknown bands is harder. I could be completely wrong though…

Cemetery Sun just released a range of coffee which I thought was really cool! They’re also a sick band and a great bunch of guys as well. So check them out (and buy their coffee).

I’d love to do a swing version of Wake Up and have someone perform it in a bar around Christmas time haha! I love listening to swing music when the weather is freezing and there’s a load of lights everywhere. It would be cool to hear Wake Up redesigned for that.

Everything. I mean, we don’t have a huge following by any stretch of the imagination but the fans we do have are amazing. I think it says a lot about a person that’s willing to devote their time to supporting an unknown band. There’s literally nothing in it for them and they’re actively helping us push our band forward. I have a huge amount of respect for our followers and, in the event that this band goes on to do well, will still have the same level of respect.

Nothing major (yet). I recently killed my back and leg during the FIRE video though. I haven’t moved like that for a good few months and it DESTROYED me. I then got gastritis because I took some really strong painkillers on an empty stomach and I’ve only just returned to normal. So yeah, pretty tragic as far as “rock n roll” stories go. Probably something more typically associated with becoming middle-age.

100% Phil’s. He spends most of his time trying to locate a pharmacist for some Gaviscon or trying to navigate his way out of a supermarket. He has the worst sense of time keeping and directions in any person I’ve ever met. But I love him!