After being really impressed with Harrison Close, we decided to chat to Lead Singer, James Pope about ‘Harrison Close’ including its name, the video and its meaning… 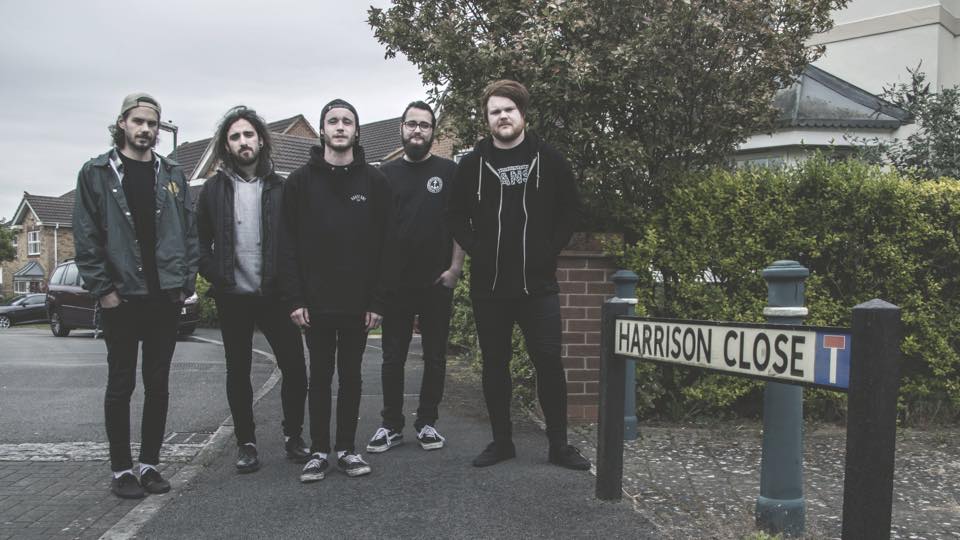 Bristol Pop-Punk outfit Tuskens recently released their new single ‘Harrison Close’. The release is their first since 2014’s Almost Over which was preceded by a self-titled release in 2013. The five piece have hidden themselves away to work on new material and ‘Harrison Close’ is the first installment, and sees the band develop on their emo-tinged blend of Pop Punk.

After being really impressed with this new track we decided to chat to Lead Singer, James Pope about ‘Harrison Close’ including its name, the video and its meaning…

So James, Why The Name, ‘Harrison Close’?

“Harrison Close is where our sound engineer Matt Pope lives, it’s where we hang out in summer and it’s also where we recorded our first EP”.

What is ‘Harrison Close’ About?

“Harrison close is about two things, being gullible and not having the faith that you’ll ever find ‘that someone’, your soul mate. It’s about realising you can’t trust someone based on their words and actions in the space of a night out ‘so I’m the kid that can be walked all over, almost every night’ The chorus ‘are you just another dead end, am I wasting all my time?’ refers to a lack of confidence and if you should even bother with that person at all, even if it feels right. Harrison close is me telling myself to take a step back and allow love to find me, not going out chasing it. ‘Chasing you without a light'”.

The Music Video Is Predominantly Shot In Your Home Town Of Bristol, What Was The Message You Tried To Show?

“With the video we wanted to show everyone who Tuskens are, as well as tying in the message of the song, which is life’s about having fun. We felt the best way to do this was by showing what we love doing, playing live and hanging out with our friends!”

‘Harrison Close’ Was The First Release Of Your New Material, What’s The Plan In Terms Of Releasing Your New Stuff?

“So we’re looking to release our 3rd EP this August/September, we’re recording this ourselves with the help of our friend Ashley Holbrook.

We had next to no demos or ideas when we first went into the studio, each track is purely the result of the five of us jamming, each adding our own individual creativity into the mix.

We haven’t tried to be something we’re not and we have in no way held back or tried to tame or tone down what we wanted to create.

We’re all very happy with every track, it’s going to be hard to decide which songs make it onto the CD”.

So, Tuskens are embarking on a real exciting time in their career and if you haven’t already…make sure you check out ‘Harrison Close’. You can add it to your Spotify playlists here: https://play.spotify.com/album/6y2CEQwexxCJhBoI7B9GsE?play=true&utm_source=open.spotify.com&utm_medium=open