The Stayawakes take on the A-Z challenge

Following the announcement of their new album Cats and Dogs/Living Together (June 15, Surefire Discs, BADHORROR & ShoveItUpYourCultRecords), we asked Southsea’s The Stayawakes to take on our A-Z challenge so we could find out more about them! A song that made you want to make music? Johnny B Goode… particularly that scene in Back to the Future […] 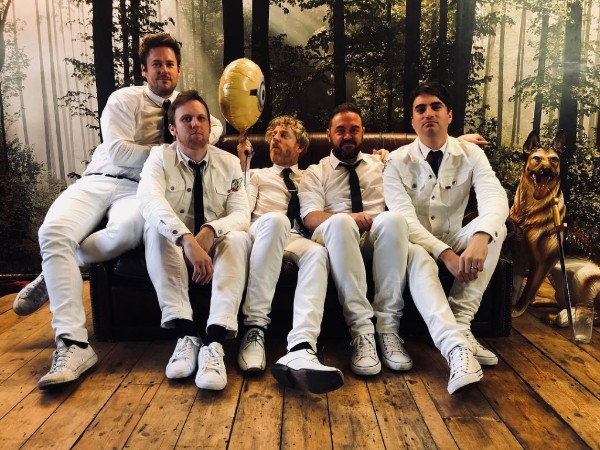 Following the announcement of their new album Cats and Dogs/Living Together (June 15, Surefire Discs, BADHORROR & ShoveItUpYourCultRecords), we asked Southsea’s The Stayawakes to take on our A-Z challenge so we could find out more about them!

Washed Out Festival in Brighton got pretty wild!

Little Explorer. It’s got a mesmeric repetitive mid-section, which builds. We just lock in and ride it out.

El Morgan… strangely enough she does feature on our record

As a band, Leeds. Dave (keyboards) has performed in Japan

We did some recording with Kenneth Ishak from Beezewax. Beezewax are a huge inﬂuence on our sound, and the  experience was truly inspirational and formative.

Dr. Peter Venkman: This city is headed for a disaster of biblical proportions.

Mayor: What do you mean, “biblical”?

Dr. Raymond Stantz: Fire and brimstone coming down from the skies! Rivers and seas boiling!

Winston Zeddemore: The dead rising from the grave!

Mayor: All right, all right! I get the point!  (Ghostbusters)

When recording the Album we did a fast version of Overdue. It’s pretty pumping! We’ll probably release it as a B-Side.  Little Explorer with a full orchestra would be pretty epic!

Dave. His parachute jump will have been delayed, or he accidentally made it through to the UK snowboarding  championship… stuff that actually happens to him.