The Reverse take on the A-Z challenge

Our A-Z challenge is a fun way to get to know the many artists around. Here it’s the turn of The Reverse to let us know all about them with the A-Z challenge. 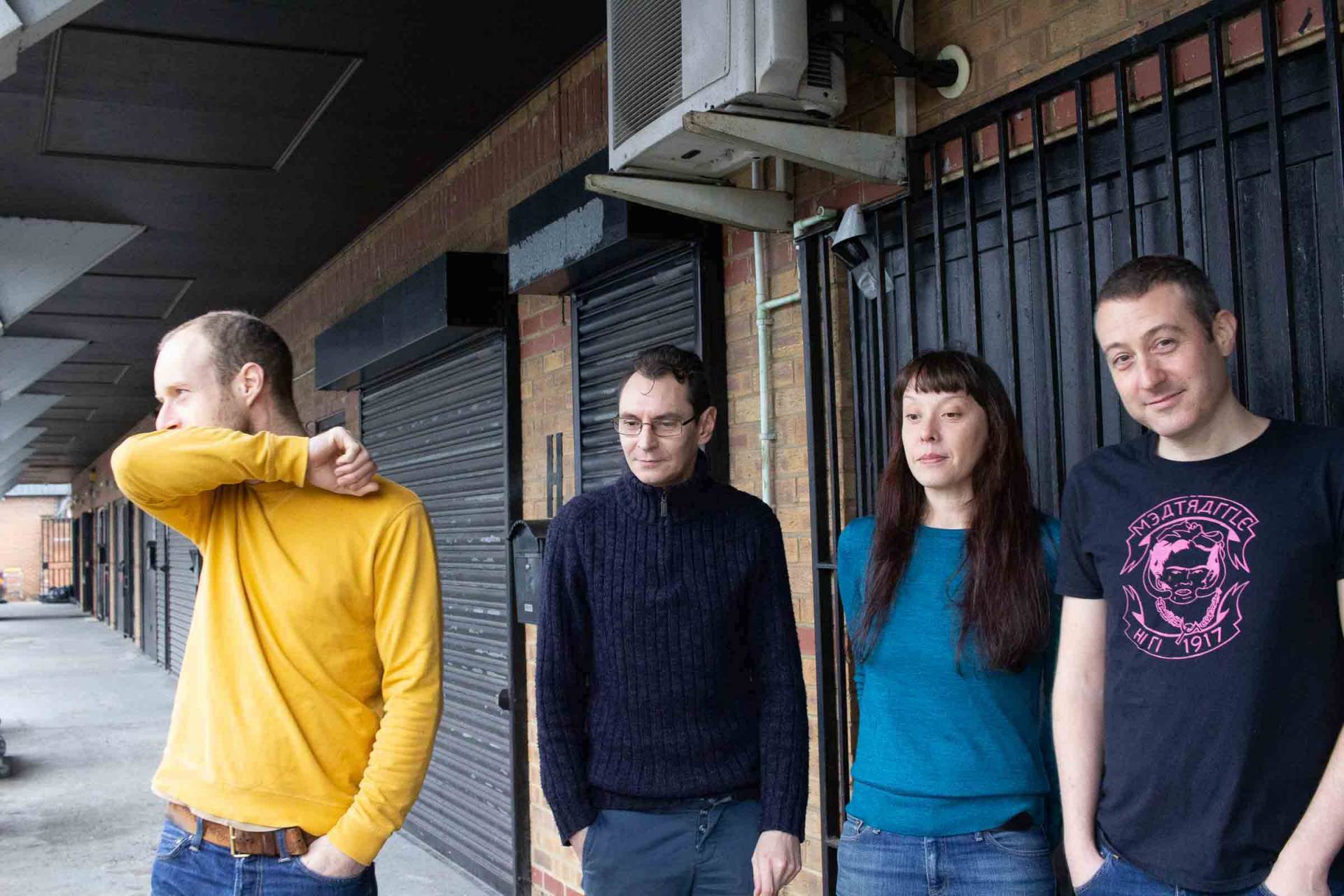 Nathan- Probably something like “Welcome To The Jungle” by Guns N’ Roses or “Back In Black” by AC/DC.
Sam – The cool and almost true answer would be ‘Fools Gold‘ by The Stone Roses – I remember my big brother bringing home the single like a sacred relic.  The more honest answer would be ‘Dirty Diana‘ by Michael Jackson, but, erm, yeah…..

Nathan– We played Standon Calling last Summer and it was easily the best rider we’ve had. We had chocolate and crisps and a fridge with beers in our changing room, which was next door to Echo & The Bunnymen. Out in the main area there was a help yourself coffee machine and a fridge with free Espresso Martinis which we kept helping ourselves too, at least we think they were free.

Nathan– Playing on the same stage as IDLES and Warmduscher at Standon Calling felt pretty crazy, I had to have a lie down afterwards… ha!
Sam – yeah, as above, but I’d say trying to get our equipment backstage from the other side of the festival in torrential rain was the craziest thing, but it was worth it.

Nathan- I don’t know if they’re deep exactly but on the new album I’ve always liked the opening line to ‘Skimming Stones’
“You hadn’t left yet, I lit your cigarette, with my cigarette. I wonder if you stopped smoking, the ash reflected gently on the sea and as we spoke I noticed, you couldn’t look at me”

Nathan– One of the last songs we wrote for the album but the first one that was finished was, ‘’Nobody Likes You, Everybody Hates You”. I remember writing the lyrics and chords on a Saturday afternoon and then going to rehearsal on the Sunday night and at the end of the rehearsal we had a finished arrangement… all done. That almost never happens!
Sam – I remember ‘Crush My Chest’ happening pretty quickly as well, it just took us ages to trim it down from a ten minute epic (it’s a lot of fun to play).

Nathan– It changes all the time, but right now I really enjoy playing ‘Crush My Chest With Your Hate’ and an old one called ‘Secrets’.
Sam – there’s always a song somewhere in the middle of the set where you relax in to the gig and come out of your own head.  That’s the best song.

Nathan– It’s not really hard being in band, it’s great fun. The only thing that is a bit hard sometimes is all the admin… bandmin! The reality of being in a band is that I spend a lot more time emailing, promoting, booking and generally arranging things than playing music.
Sam – The hardest thing is answering the question that always comes straight after you tell someone you’re in a band: “What type of music do you play?” It’s a good question, but how do you answer it without sounding like a twat?

Nathan– Our drummer Jason was used as the visual inspiration for the character, Harlequin Valentine in the comic book of the same name by Neil Gaiman and John Bolton.

Nathan– Lots of strange in-jokes that I don’t even get myself… just say “naked spoons” or `”full bongo” and the others will get the reference even if their origins, meaning and even humour are lost in the mists of time.

Nathan– If in doubt Am- The best songs are in Am. Seriously though, in terms of what I like, I think musically it’s about following your instincts and not trying to be too clever or complicated and in terms of lyrics demonstrating empathy and compassion even if there’s anger and humour there too and using imagery that has a good attention to detail I think helps paint a picture.
Sam – I think Nathan means A minor, or does he mean a.m. as in he writes his best songs in the morning?

Nathan– Not that far, probably somewhere like Nottingham or Sheffield

Nathan– My favourite live band are Fat While Family who I go to see whenever I can. I’ve also been hugely inspired by Conor Oberst/Bright Eyes gigs and records over the years.
Sam – I’ve been listening to loads of Tuareg stuff, and saw Tinariwen earlier this year, they were fucking great, and reassuringly old!

Nathan- Big Joanie, Porridge Radio, our label mates David Cronenberg’s Wife, Meatraffle, Tall Poppies, Pyro (who were due to open for us at our album launch), The Graft and Amber Bugs that Teresa also plays with.
Sam – Check out Imarhan, they’re stuff is really good, they’re a young Tuareg band from Algeria.

Nathan– We opened for The Wave Pictures and we seemed to be a good fit. I’m a big fan so that was a real highlight. I think opening for Pixies would be awesome!

Nathan– Anywhere that will have us, though I would love to tour Europe and America.
Sam – with a completely unrealistic idea of the distances involved and the hours sat on a bus listening to Nathan’s full bongo joke again: California and the NW coast.

Nathan– “So we beat on, boats against the current, borne back ceaselessly into the past.”
F Scott Fitzgerald

Nathan– The album is named after one of the songs that just seemed to fit with the overall mood and sense of what the album was about.

Nathan– It’s hard to say right now, as we’re on lockdown. We were due to have our album launch event at Servant Jazz Quarters in East London, and had to postpone. We’re hoping to get back there later in the year and then tour next year.

Nathan– I suppose a lot of my favourite music is quite old and I don’t like a lot of modern production, and of course, everyone moans about streaming and artists not getting paid but I also think it’s easy to look at the past through rose tinted glasses. There’s always been good music and there’s always been bad music and I think the industry has always been pretty unforgiving.

Nathan– We have ‘Nobody Likes You, Everybody Hates You’ t-shirts and badges, so not really that unusual. Maybe we could do ‘Nothing on Telly’ DVDs, and when you put them on there’s erm… nothing on them? Or ‘A Vague Arrangement’ calendars with no dates in them? Or we could do our own range of ‘Skimming Stones’ and sponsor a competition?

Nathan– We tried a version of ‘Crush My Chest, With Your Hate’ that sounded like a Bavarian drinking song. I’m always open to doing different versions of our songs. I had to adapt some of the songs quite a bit for our recent album launch live stream gig as I had to perform solo.

Nathan– Well I know it sounds like a cliché but they mean everything. I’m deeply humbled and honoured by anyone who calls themself a fan of The Reverse.

Nathan– no real band related injuries, only wounded pride and they don’t do X Rays for that… yet.

Nathan– Hmmm… not mine.
Sam – Probably mine.

Nathan– Giraffe is the first one I thought of, I don’t know why … maybe something about having our head in the clouds and gazing down at The World?
Sam – those monkeys that throw shit at the onlookers.  You must come to one of our gigs.