The Kanz take on the A-Z challenge

Our A-Z challenge is a fun way to get to know the many bands and artists out there. Here it’s the turn of Fabio Nania, vocalist and guitarist of The Kanz to tell us all about the band. 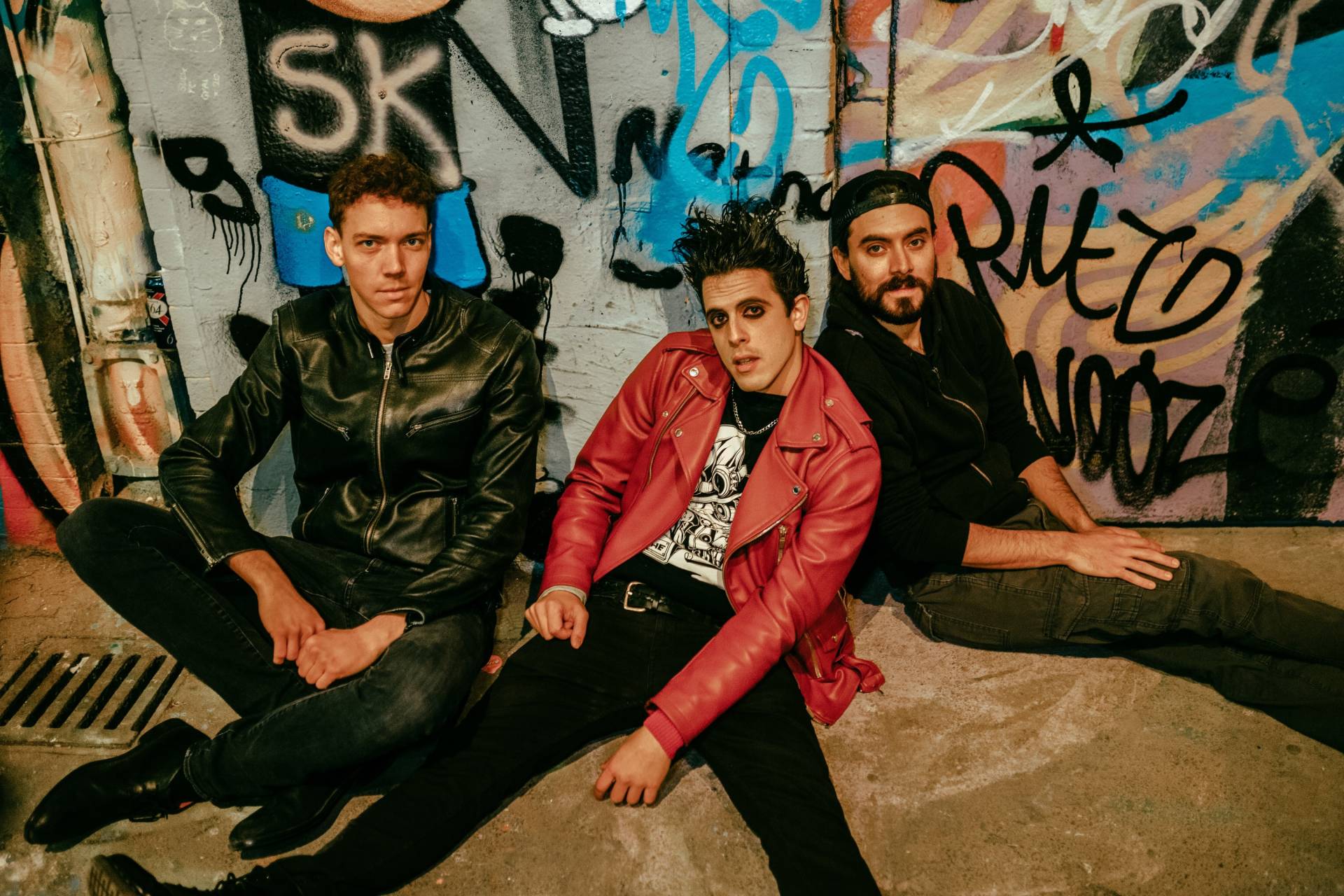 You think it’s like a crime to cry the tears you hold back and all the pain you hide keeps on burning. Excuse me do you mind? I am jealous of my demons I wanna get them high dancing on the floor (from The Kanz – “Take it All” – 2020)

None. If it’s too easy to write I get bored making it haha

Being a singer, a guitar player, a songwriter, a producer, a promoter, a manager, a leader, a booking agent, a publisher, a bank, an influencer, a social media manager, an digital marketer while still having a social life and not going completely insane.

Before coming to London and starting the band, Fabio Nania (lead singer/guitar player) was working as a musical theatre performer in summer resorts across all Europe and playing pantomimes for kids in Italy.

Every gig we play we throw foam boomerangs to the crowd to see if they can catch them. That’s kind of our “tradition” ritual.

It’s not too complicated to write a song really. It’s not a magical skill that only some people have. All you have to do is to actually make time for it and let the flow of creativity get you. The reason why some people struggle with songwriting is because they don’t dedicate enough time to it. Also, I like to write in D. Just like Hans Zimmer ahah

From London to Rotherham

The US, especially California.

“At the end of the day, let there be no excuses, no explanations, no regrets.”

Stoned is a declaration of love made by a very shy and insecure teenager who can’t really express his feelings as they really are, and instead, prefers to create an avatar of himself: invincible and desirable in the eyes of the world, in an attempt to hide what is really happening under the surface. This continuous “faking himself” makes him feel Stoned. And that’s the reason for the title of the song.

No I don’t. I think there are amazing artists and bands out there nowadays. The only problem is that today there are so many artists (good and bad) publishing music on streaming music platforms that sometimes you need to dig through a lot of shitty music before discovering the actual good songs. It takes a bit of research, of course. But it’s worth it.

Foam Boomerangs! And that’s because I (Fabio) used to work in a toy shop a few years ago as a toy demonstrator.

I wouldn’t change anything in the arrangement, songwriting, lyrics of the songs we published but perhaps I would do a remix/remaster of the first singles we released. And that’s just because at the time we were still figuring out which were the best people to work with.

No, I think we are all good and healthy.. For now!

A Cheetah. Because they are cute but lethal. And they also run around fast as f**k , which I usually do as well when I am playing on stage. It’s my weekly workout!