The Astoria Has A Chat with AltCorner!

The Astoria are a 4 piece melodic/post-hardcore band from South-East London who blend their influences to create one beautiful noise! We had a chat all the guys and here is the outcome… 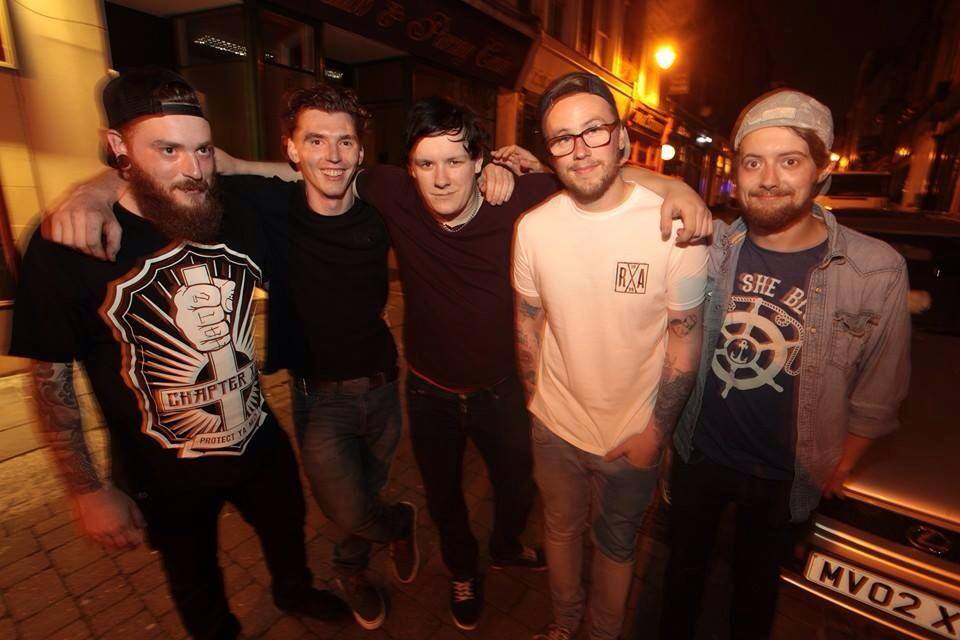 The Astoria are a 4 piece melodic/post-hardcore band from South-East London, formed in 2012. Taking influence from artists such as Lower than Atlantis, Four Year Strong and Alexisonfire to name a few. They combine a fusion of delicate, flowing melodies and fast-paced, punching rhythm with big vocal hooks. We were lucky enough to have a chat with the guys and here it is:

Hello Astoria! Firstly, How did you guys form and why ‘The Astoria’?

M:well we’ve been friends for years, Youseman and Ben were writing some songs in bens studio and after getting a few down decided to get some guys together to jam them out. They knew me and Lavender from old bands (we have two Sam’s so we call them Lavender and Youseman) one thing led to another and we had to think of a band name.
B: I have always wanted to Play at “The Astoria” in London, it was where I have seen some of the best bands of my life, remember Rock at the mean fiddler!? So that was my idea from the start
L: The Astoria started off as a working title and stuck from there

Your sound is like an enhanced version of Pop Punk(pop punk with a difference!) is this intentional?

B: I wouldn’t say ‘enhanced’ we’ve always said ‘pop punk with a twist’. We draw a lot of influence from pop punk but it’s far from the only influence
Y: I grew up listening to a lot of metal and old school rock but pop punk has always been common ground for all of us
L: We’d be lying if we said it isn’t intentional, we keep our genre in mind when writing hooks and riffs

You have an EP which you are currently working on, spill the beans!

B: We can’t wait for you to hear it! It’s been a labour of love for us and it’s so close to completion
Y. It’s a lot more upbeat from our older release, a step in a different direction that we have been working on for a long time! We aim to have it out in March 2015.

How has the recording gone for this EP? smoothly or has it been tough?

M: We have been writing while recording which has meant so much back and forth from the studio to the practice room. It’s taken longer than expected but it’s meant that we could pick songs apart more than ever.
L: Having our own studio has been a blessing and a curse because you have that luxury of taking your time, plus we are such perfectionist! Re-record, re-record, re-record ……..

When you come to create your songs, what approach do you take? – are they personal or universal themed?

M: We have a song called “Boats” which ha nothing to do with boats or the word boats in it!
L: We write lyrics together so we all have a connection with the theme and what we are singing about
Y: For this EP, the bare bones have been created in rehearsal leaving more room for those studio tweaks as we go, so they have taken shape over a long period of time.

For anyone who hasn’t seen you live, how would you describe an ‘Astoria’ live show?

B: I sweat, a lot. For us it’s more important for our music to be played well live than to have a polished record we can’t play. We think this shows
L: Playing gigs is what it’s all about for us, it’s where we have the most fun and it’s where we want the crowd to have the most fun.
Y: It’s like listening to our EP, except you get to hear Martyn waffling while he tunes his guitar!

Whats your view on the Pop Punk scene at the moment?

L: Well I’m partial to a slice of pizza
M: I think the scene is really strong right now with so many bands breaking through in the UK. There is a great new young following plus the people who were hanging in from the old days
B: People think Pop Punk is for kids, but we think the sound is maturing, or maybe we’re just not growing up, which is fine by us!