Talking To Ed From Not Scientists

We had a chat with Ed From French Indie Punk Rockers Not Scientists! 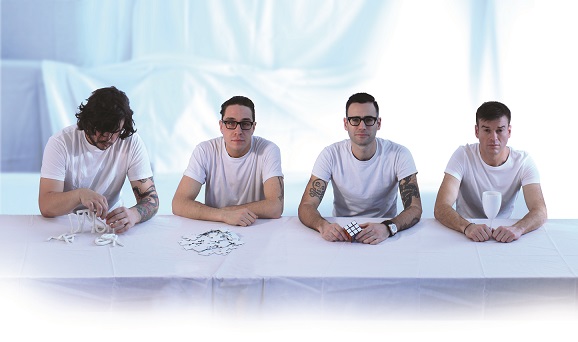 Born at the end of 2013, Not Scientists are made up of members from French Punk Scene mainstays Uncommonmenfrommars and No Guts No Glory. Tense, but also melodic and sophisticated, their version of punk rock calls on many different influences, such as, The Buzzcocks, The Thermals, Hot Water Music and Superchunk. We had a chat to Ed, guitarist and vocalist for Not Scientists and here is our chat:

Hello Not Scientists! How are you today?

We’ve heard the singles you’ve released from the upcoming ‘Destroy To Rebuild’ and we are totally hyped for it! For people who may not have listened to them, how would you describe this album?

I don’t know that’s a tough question I’d say it’s kind of a mix of Punk, Indie and a hint of New Wave… or something like that. The lyrics are
about fucking up and realizing nothing lasts forever, and growing up I guess. Uh.

How was the creation procedure for this album? Was it an easy thing to create or was it a slow process?

We actually spent a lot of time writing in in a small period of time. After releasing 2 EPs and touring so much during that first year, we really
wanted to put out a full length record. We booked a studio and wrote as many songs as we could using all the time we had which was not much.
We’re really happy with the way it came out, we have a better idea of where we’re going with our sound now that this album is done which is pretty exciting.

Who or what influences you as a band?

I think all the music we’ve listened to and loved our whole lives influences our music in some way. As for the lyrics I just write about all the shit we go through.

You have a UK Tour coming up in March, how excited are you for this? Are we in for any surprises?

We are psyched to come out to the UK! We’re coming over with our Austrian buddies The DeeCracks so that alone guarantees a great time.
We’re also excited to play those new songs live for the first time and knock down pints with our friends over there we don’t get to see that
often.

How did you guys actually meet? and why ‘Not Scientists’?

Jim and I were in a Punk Rock band called Uncommonmenfrommars. When that band stopped playing in 2013 we thought it would be the
right time to try something different. Le Bazile our drummer is a good friend who plays in a HxC band called No Guts No Glory, it was obvious
for us that he should play drums with us so we called him and he said yes. Thibault used to tour manage Uncommonmenfrommars. He actually learned to play bass guitar to play in this band.Finding a band name is much harder than you’d think, we just chose the one we thought was the less crappy from our list like everyone else does! I guess there’s a meaning behind it, I’m still trying to figure it out myself!

Our debut album “Destroy to rebuild comes out in March and from then on we’ll be touring all over Europe, UK and possibly North America.

What are you guys listening to right now?

Today I listened to Huey Lewis and the News, The Roman Line, The Ramones, Burning Airlines, The new C.J. Ramone album and Bob Mould.