We talk to Selfish Things about their forthcoming EP!

Ahead of the release of debut EP Vertical Love (March 16), we spoke to Selfish Things’ vocalist Alex Biro to chat about the album and dream covers… Vertical Love is set for release on March 16th. Are you looking forward to people hearing it in full? Yeah, beyond excited. We finished tracking/mixing in October of 2016 so we’ve […] 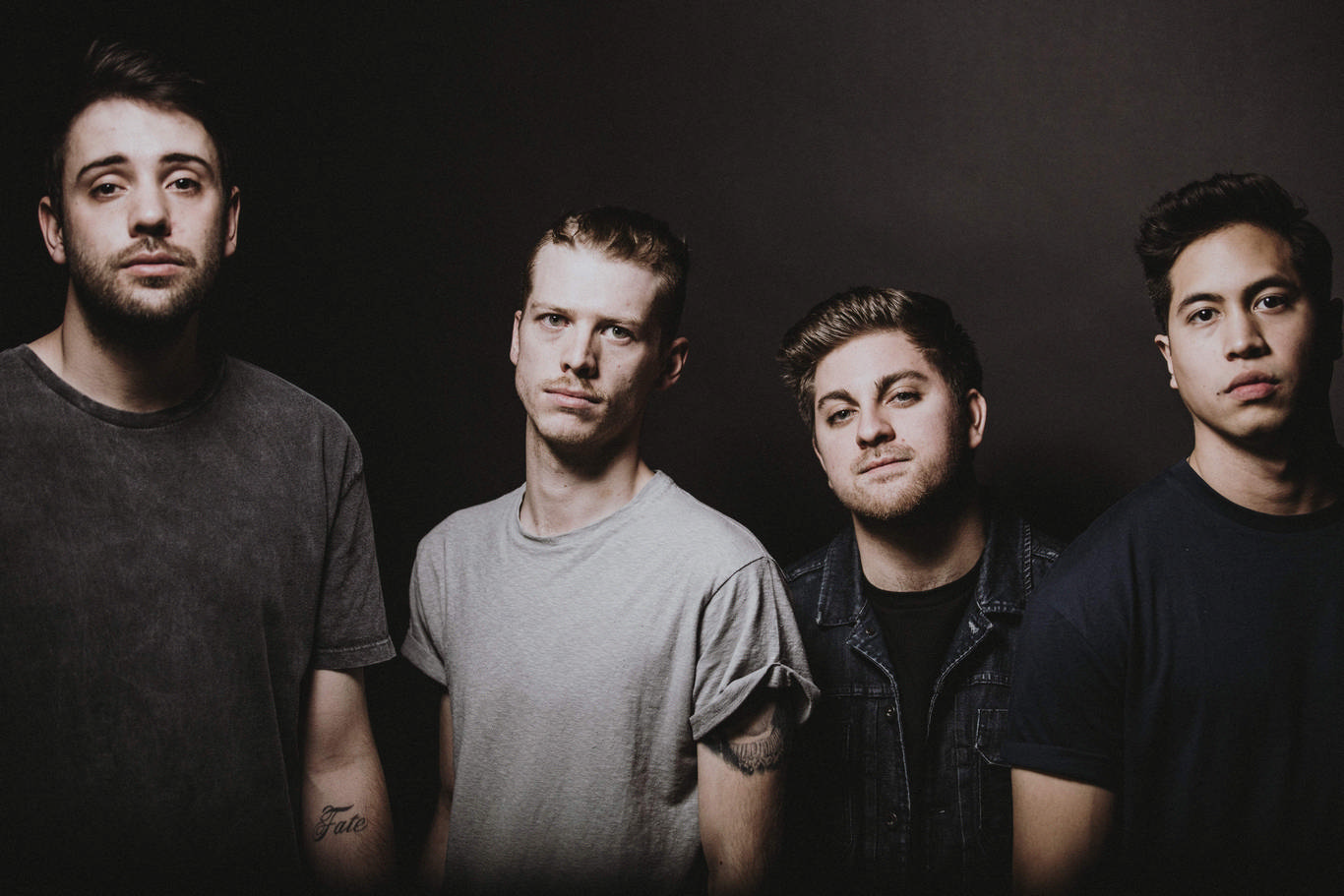 Ahead of the release of debut EP Vertical Love (March 16), we spoke to Selfish Things’ vocalist Alex Biro to chat about the album and dream covers…

Vertical Love is set for release on March 16th. Are you looking forward to people hearing it in full?

Yeah, beyond excited. We finished tracking/mixing in October of 2016 so we’ve been sitting on it for a huge period of time. I guess we felt like we had something worth sharing and didn’t really want to just release it without the proper supports + distribution channels in place, but the wait has been pretty excruciating, haha.

Can you tell us about the inspiration behind the record?

The EP’s about the chaos of trying to figure yourself out during a tumultuous period in your life. You’re really only ever in tragedy or in between tragedy, and I really think these songs are a reflection of me coming to terms with a lot of shit I’d swept under the rug/chosen to ignore. I was really nihilistic, self destructive and hopeless for a multiplicity of reasons and felt like I was being swallowed by my inability to cope with the things around me. “1435” is the last song because I wanted to thank my wife for standing by me while I figured myself out.

The EP sees a different side to the current branch of alt-rock, with a more singer-songwriter-ballad feel throughout and emotive delivery, was this a conscious decision or did it just fall naturally through your singer-songwriter background?

I think it definitely just kind of fell into place because of my singer-songwriter background. By no means did I consciously approach it that way, as it’s actually acted as a bit of a detriment when talking to some people in the industry. Ultimately I think it’s the best representation of who I am as a writer and who we are as a band given I doubt we’ll ever really care about adhering to a singular sound or “lane.”

You can pick one track from Vertical Love to be covered by any artists, dead or alive, which song would be covered and who would cover it?

I’d want Wheatus to cover “8147 Mulholland Terrace,” because they’re fucking icons. They could do a lot with the auxiliary congas/banana shakers elementally.

With the release of the EP fast approaching, can we expect tours in support of Vertical Love?

Absolutely! We leave for our North American tour with indie-pop artist LAYNE on the 12th of March – It starts in San Fransisco on March 20th and wraps up about two months later in Los Angeles. We have some stuff in the works to head across the pond during the summer and will definitely be picking up some more tours as the years progresses!

We always end with some random questions; you’re stuck in a lift with a creepy clown, a giant spider and a snake, you can only escape the lift by defeating all three, what would be your strategy?

I’d let the snake eat the spider, would force feed the clown the snake and then watch the creepy clown explode into confetti and balloons.

You have 24 hours left on Earth, how would you spend them?

I’d get our family together for one last big meal, watch the Lord of the Rings trilogy, call my therapist to both say goodbye and calm me the fuck down and then would probably just wait to watch the asteroid (being presumptuous here) enter the Earth’s atmosphere. Would also probably call my manager Andy to say thank you and make fun of him for being a vegan.

I totally believe in aliens – Tom Delonge’s “To The Stars Academy of Arts and Sciences” has actually done some remarkable work getting the United States government to speak openly about their Pentagon UFO program (check out the New York Times article if you haven’t – also, youtube link here:
As for ghosts, I’ve had a few weird encounters throughout my life, enough to make me believe in something more.
These were fun, thanks for having me!