Tailblock take on the A-Z challenge!

Brit rockers Tailblock recently announced their new EP Think Or Be is set for release on July 13. We asked the band to take on our A-Z challenge to tell us more about themselves! A song that made you want to make music? Probably something old, and cheesy like “Photograph” by Def Leppard, or “Crazy” by Aerosmith. […] 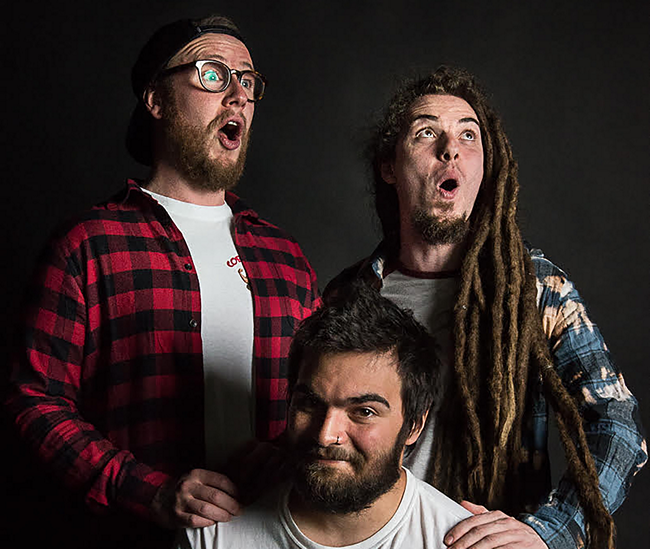 Brit rockers Tailblock recently announced their new EP Think Or Be is set for release on July 13. We asked the band to take on our A-Z challenge to tell us more about themselves!

Probably something old, and cheesy like “Photograph” by Def Leppard, or “Crazy” by Aerosmith.

Any rider would be good, I’m pretty sure we’ve only had beer tokens, which is plenty for us. We played our friend Jon’s wedding, plenty of access to food and booze, does that count?

Played a gig on a Tuesday night, and it was rammed… pretty crazy.

Dunno about deepest, but a favourite of ours is from the chorus of ‘Think Or Be’, it goes “If change is coming, it doesn’t have to change the way we feel”, its fun to sing, we all sing it together, and it gives me chills.

Probably “Blisters” off the new EP, pretty much wrote the whole song in a day… surprisingly, people seem to like it.

I think we all have different ones, usually our favourite song is the newest one, once we have all the bugs worked out. My personal favourite at the moment is ‘Rocket’, but it changes all the time.

Zac Schulze from ‘Penthouse/Drawstring‘, he shreds, probably the best guitarist I’ve ever met.

Being available at the same time.

Jak, our bass player, teaches music to children with disabilities.

So many, crappy in jokes that no-one gets.

I’ve been writing songs for years now and I’m still not sure exactly how it works. But usually how it works is, I’ll be playing guitar, not playing anything in particular, and I’ll play a couple chords I like, then go from there. I usually write the music first, then the lyrics, then we get together and sort the song out.

Europe, we could absorb some culture… and lots of food.

Quotation you’d like to pass on to our readers?

“Be true, be brave, stand. All the rest is darkness” from Stephen King’s ‘IT’.

‘Think Or Be‘, you can either over think things, or just be, don’t worry so much, and just do what you want. That’s kind of the vibe of the whole EP.

Our next show! Check out our facebook for info on upcoming gigs!

Right now is always better, people spend way too much time obsessing about old bands, they don’t realise that there are thousands of other new bands they could be listening to.

We’ve played acoustic versions of our sets, only a couple times. But I’d rather work on new songs rather than re-work old songs. It would be awesome to hear another band cover one of our songs.

We’re incredibly thankful to anyone who has supported us. I’m always amazed when I see people singing along to our songs, that’s pretty much the best thing ever.

Besides the usual blisters, cuts, and bruises, thankfully nothing.

Martyn’s… everything is Martyn’s fault.

Some sort of jungle cat? I have no idea why.