Our A-Z challenge is a fun way to get to know the many bands and artists out there. Here it’s the turn of Stud Count to tell us all about themselves! 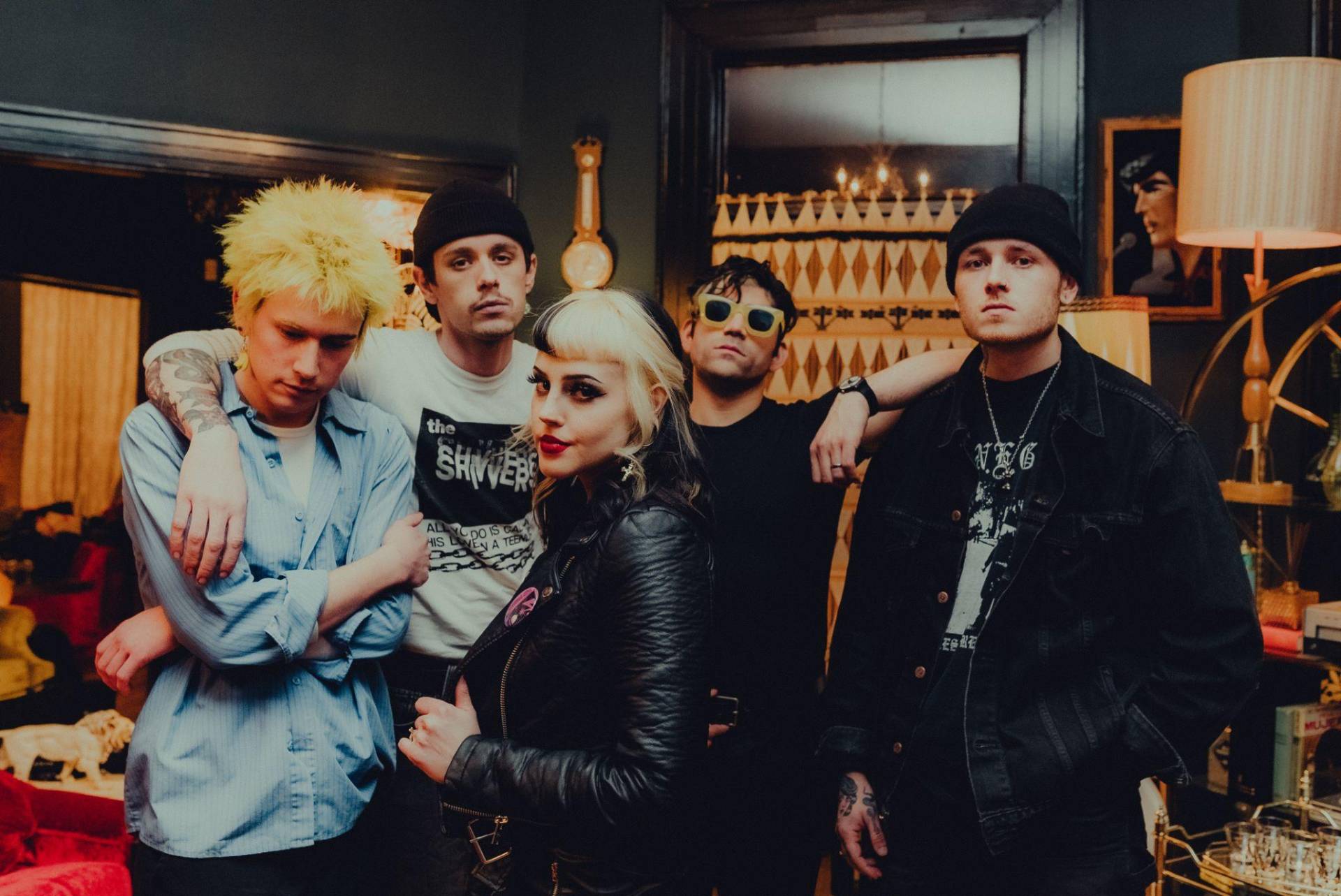 Matthew: There are three.
•I was 5, my mother had a Stray Cats tape, and I thought it was the coolest thing in the world. The song
“Stray Cat Strut” hooked me immediately.
-I was 9, I found a bootleg of Blink 182’s “Enema Of The State” at a flea market. That was the closest
thing to punk I’d heard at the time, “Dumpweed” stuck with me
-I was 12, I discovered The Ramones and bought everything I could find by them. “Bonzo Goes To
Bitburg” was featured in a movie at the time- it changed everything for me. After that, punk became my
thing. If not for that band, I probably wouldn’t be making music today.

Matthew: I’ve never had a rider, in any band I’ve been in…yet.

Matthew: We started in October of 2019, had one show in February 2020 and then quarantine happened.
There haven’t been many crazy moments yet, but I’ll say our first show being as packed out as it was still
blesses me to think about.

Matthew: Give Me Time was the first song we wrote for the band. It came very easily, felt like it was
already written when I taught it to the band.

Matthew: Personally, the hardest part for me has been waiting to finally get out there and play these
songs. I wrote almost all of them in late 2019/early 2020, the wait has been gruelling.

Matthew: Our drummer Bret has the world’s best/biggest cat named Doug. Everyone should get to meet
Doug at some point in their life. Also Norelle has a fairly illustrious modelling career, which I think is pretty
cool.

*Joker voice* you wouldn’t get it.

Matthew: You only need one or two songwriters in a band. Trying to divvy creative control multiple ways is
obnoxious and impractical, at least for me. Once, in one of the bands our drummer Bret and I play in, I
asked if he wanted to write at practice- lasted 30 seconds, it was weird. I’d say the key to writing songs is
to have it written before you show up to practice.

Matthew: Stud Count lives in Philadelphia, Orange County, and Tennessee. We haven’t played a show
with this line up yet, but half the band flew to Nashville for our recent video shoot, and they’ll do it again
when we tour in May.

Matthew: A handful of years ago, one of my bands toured with a band from Seattle called Regional
Justice Center. Their vocalist/drummer Ian Shelton powering through 20 minute powerviolence sets on
both vocals and drums was impressive, he made it look easy. Watching him take that drive and pump it
into a newer band of his called Militarie Gun has been awesome to watch, live and otherwise.

Matthew: Would love to tour Europe before too long

“For God so loved the world that he gave his one and only Son, that whoever believes in him shall not
perish but have eternal life.”

Matthew: It’s self-titled, mostly at the behest of our label. I think it’s going to be the first time a lot of people
hear us, as we’ve mostly existed in quarantine until now.

The name is in jest, poking fun at the old idea of cred-checking the amount of spikes of someone’s jacket.
Most of us come from punk, and have played in punk bands for a very long time, now playing what I
would consider pop music.

Matthew: We’re solidifying a run shows through the American south and Midwest to and from a festival
called So What in May. We’re very excited.

Matthew: Yes and no. The advent of the internet has resulted in a lot of posturing and “not our world”
mindsets. Only someone anticipating their pop-consumer sensibilities to be placated would expect every
member of bands to conform to their expectations- it’s frustrating.
On the positive end, most (with noted exceptions) of modern pop music is uninspired, the sonic
equivalent of McDonald’s; it’s not even real food, a cruel joke on the consumer. With a massive increase
in accessibility to music of all kinds and bands from punk and hardcore reaching audiences once
reserved for stadium rock (e.g. Turnstile) people are getting into cooler and cooler stuff, which is always
better than the alternative.

Matthew: Someday, I’d love to make knives for our bands.

Matthew: We’ve talked a lot about the idea of some acoustic full band sets, something of a callback to the
unplugged sessions of the 90s.

Matthew: A lot, actually. Making music is vulnerable, and extremely difficult to get out there in a way that
reaches people. For someone to care about that, or to want to be friends because of that means the
world.

Matthew: So far no injuries, never God willing. Once, a couple nights before a tour with another band of
mine, I tore my ACL because a band covered Stop & Think at a show, sort of just had to pretend it wasn’t
happening once the tour started.

Matthew: Hopefully no one’s, being late to a gig sucks.