Spookyghostboy takes on the A-Z challenge

Our A-Z challenge is a fun way to get to know the many artists around. Here its the turn of Spookyghostboy to tell us all about himself! 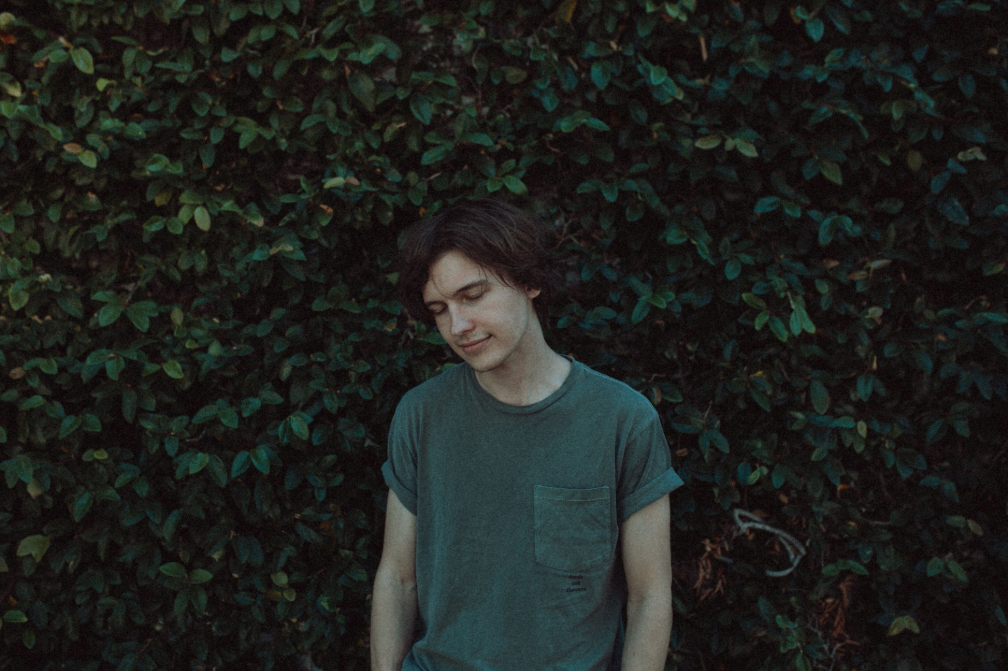 When I was a kid, I used to listen to Elvis Presley all the time. I remember listening to “Are You Lonesome Tonight” and wanting to make music like that.

I never ask for anything too crazy on my rider, but I always ask for this coconut flavored Bai drink that I really like. On my last tour I would drink 3 every day haha.

I wrote a song a long time ago called “Out of Sight” that was about a friend of mine passing away, that whole song probably has the deepest lyrics I’ve written.

I wrote a song called “Orange Lens” that ended up being pretty easy. I remember I improvised most of the lyrics on a rough take & ended up really liking what I ended up with so they stayed as the final thing.

Right now my favorite song to play is “Two Door Car”. I think it’s generally exciting to play the stuff you’ve written more recently, but I also enjoy playing the guitar parts on that song a lot. It’s a little bit more complex than the typical open chord stuff I usually play when I’m solo.

I’d love for John Mayer to rip a fat solo on one of my tracks.

I think that the hardest part of being a musician for me, is that the lifestyle with touring is completely atypical. It’s challenging to maintain friendships when you’re away from home for so long.

When I was a kid I lived in Japan for three years.

I don’t tell many jokes, but I like doing character bits. My latest is an A&R guy named Skylar who is desperate to network with everyone.

I think the key to writing a good song, as cliche as it is, is just to make something that you’re proud of. I feel like it doesn’t work if you try to make songs for anyone else.

I drove 7 hours to play a one off show once. That’s probably the longest I’ve ever gone.

I’m constantly inspired by different musicians. Jonny Greenwood is one of my latest inspirations. I really like the soundtrack work that he’s done.

She’s been around for a few years, but Jay Som’s new album is really great.

I really would love to do an Asia tour one day.

The name of my newest song is called “Two Door Car”. I wrote it about when I used to live  in a small room with two other dudes & when it was feeling a bit cramped I’d go sleep in my car. Honestly, my car has four doors but that doesn’t sing quite as well.

I’ll be all over the UK during December!

Nah, I love some old classic tunes, but everyone has access to music distribution nowadays. I would’ve never had a music career in the old days of music.

My merch is pretty standard. Just some tee’s & vinyl. Maybe I’ll switch it up with a hat soon.

They’re so great, it’s still wild to me when someone tells me they’re into my stuff.

I’ve never had a performance related injury, but I did get a nosebleed on stage during my last tour. That was pretty cool.

If I’m late for a show it’s almost certainly because I blew a tire on the highway.

I’m probably most like a tortoise, those guys are just chilling.