Speaking in Shadows take on the A-Z challenge!

Midlands’ alt-rockers Speaking in Shadows have been spending the last couple of years gigging up and down the country and building on their already strong fanbase. As we await the follow-up to 2015’s incredible EP The Anchor we got frontman Adam Smith to take on our A-Z challenge with help from guitarist Paul Benford and […] 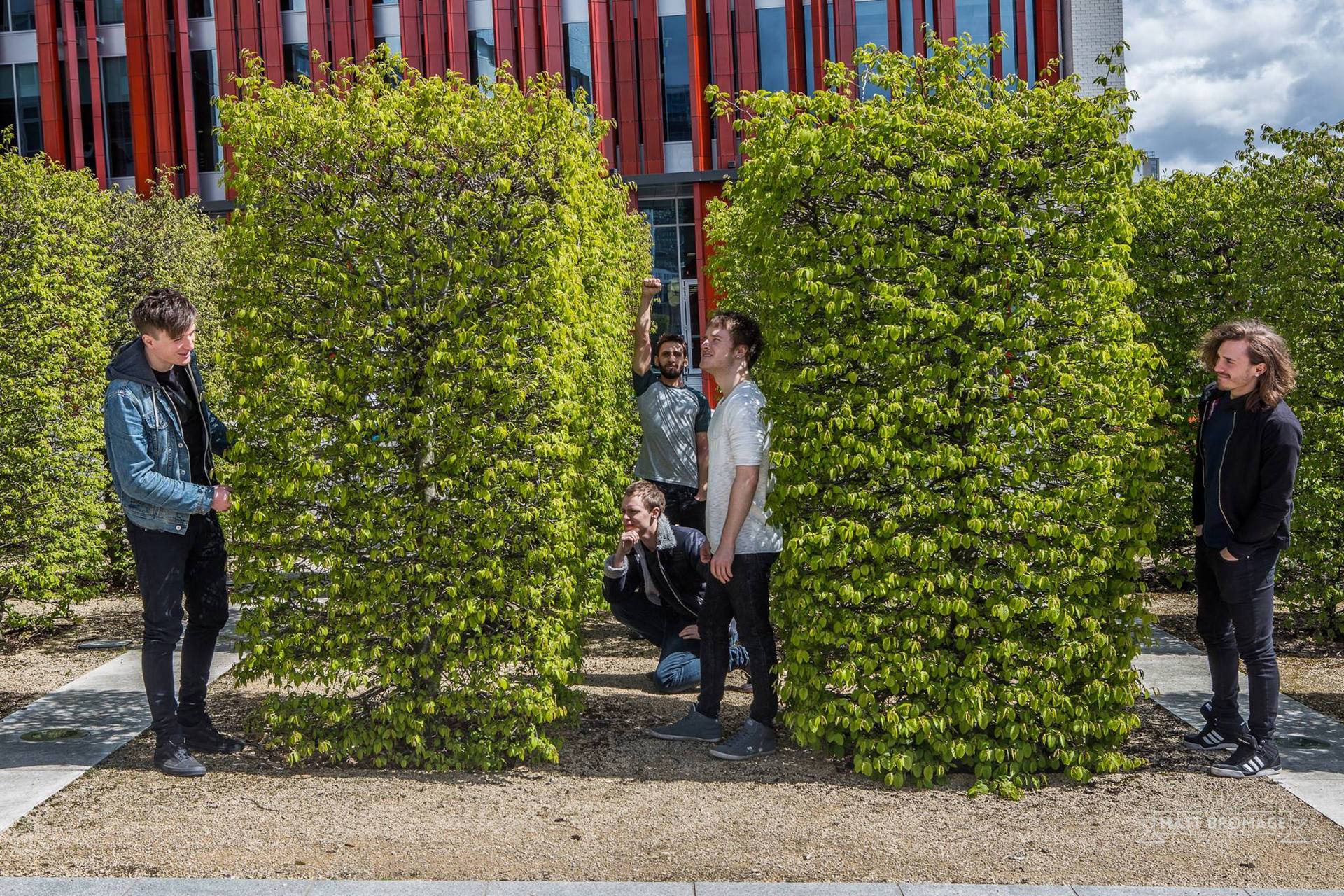 Midlands’ alt-rockers Speaking in Shadows have been spending the last couple of years gigging up and down the country and building on their already strong fanbase. As we await the follow-up to 2015’s incredible EP The Anchor we got frontman Adam Smith to take on our A-Z challenge with help from guitarist Paul Benford and bassist Sam Powell.

Start off with an easy question, why don’t you! It’s tough to pinpoint a single song for any of us! Paul was influenced a lot by the music of Rush and Van Halen with songs like Red Barchetta and Running with the Devil. Oddly Sam and I agree that Bohemian Rhapsody really intrigued us both and opened us up to the creativity a band could have with the boundaries and vast universe of music out there.

Undoubtedly, playing in Berlin and Hamburg spoilt us. The Sage Club in Berlin gave us two full fridges of beer, a bucket of snack size chocolate bars and €70 to buy dinner, and Zwick Altona in Hamburg gave us a bottle of their own alcohol: Mexicana. Bands get treated so much better on the continent than they do here.

It’s hard to pick just one moment: we befriended a millionaire who took us to a strip club, got stuck in a ravine in the Peak District, played a swingers’ club and partied until 6am – the list goes on! But the most surreal was playing a private birthday show for an Iggy Pop tribute act who we’d never met and being well and truly introduced to the dark side of the rock industry. We lost our innocence that day…

Deepest lyrics from one of your songs features?

All of our lyrics are quite rooted in our own emotions and experiences, but Moths started a trilogy of songs that all deal with the heartache and frustration we all face at some point. Figure of Eighty is the second part, and we’re working on a final song in the trilogy for the new EP.

Technicolour Trainwreck was actually written in a matter of days the week before we went to the studio the record The Lies We Lead EP, and nearly didn’t feature at all! But we all loved it so much, we dropped another song called Lockpick that we never used after that. Good job really! TT is one of our favourites now!

Sam’s is Capsized, Paul likes Figure of Eighty and I think mine has to be Technicolour Trainwreck.

Christopher Walken. Featured on Capsized. All of the yes.

Lewis  (guitar) has arrived now, so he’s answering too.

Honestly, it’s that the industry is in ruins and that everyone who has any sway is just after money and doesn’t have a second thought for people’s talents and dreams. It’s all hard, but that doesn’t make it any less worth it. We love all we’ve been able to do through being in the band.

Berlin took us two days. It turns out Europe is pretty big!

There are so many inspiring musicians and bands, but Rush, Freddy Mercury and Mike Shinoda stand out to us.

Sam recommends Creeper and 22. Paul recommends Plini. I recommend Daughter, though they’re not that new now, just underrated and need more attention. Lewis is putting a pizza in the oven. It smells amazing.

Biffy maybe? We feel like their crowd might be into us as well. Paul is adamant we open for Baby Metal.

It has to be the US or Japan. If we could travel across their countries, we’d be all kinds of happy.

This is a quote to live by: http://speakinginshadows.bigcartel.com/ (Shameless plug there -Ed)

We called our last EP ‘The Anchor’ because the whole EP was a very personal journey for us all, and we came to the conclusion that the band and our music had become our anchor: the thing that kept us from floating off aimlessly and without direction, but also the thing that weighed on us. The whole EP deals with that jarring conflict.

We don’t have any shows booked in right now as we’re busy writing and recording new music, but keep an eye on our social media as we’ll be making a lot of noise when we come back in the summer!

We think it was easier for bands before, but it’s hard to compare eras. Technology has developed music so much and advanced the possibilities and ease of finding music, but whether there’s a saturation and overcomplication now is entirely subjective. But this makes for a really great discussion…

We have a few pairs of SIS pants kicking about somewhere!

We’ve actually started doing some of this already! Paul put together an 8-Bit video game version of Bite, and we’re working on a stripped back Capsized too! Watch this space.

We’ve heard it said that it’s not the fans that make a band, but we couldn’t disagree more. We’re so lucky to have created such a family of fans who’ve kept us going and supported us tirelessly time and time again. We’re so thankful every single day for the opportunities they’ve allowed us.

The only injury we’ve really had is when I had to go to a throat specialist and have a camera down my throat to look at my vocal cords. I’d bruised them pretty severely. Lewis fell face first onto a coffee table whilst wrapped in his sleeping bag once, if that counts?

Me. Definitely me. Punctuality is the thief of time and all that.

The majestic cockroach. We survive EVERYTHING (and often frequent McDonalds and Dixy Chicken).