Sobriquet take on the A-Z challenge

Our A-Z challenge is a fun way to get to know the many up-and-coming artists! This time, its the turn of Ludo from Sobriquet. 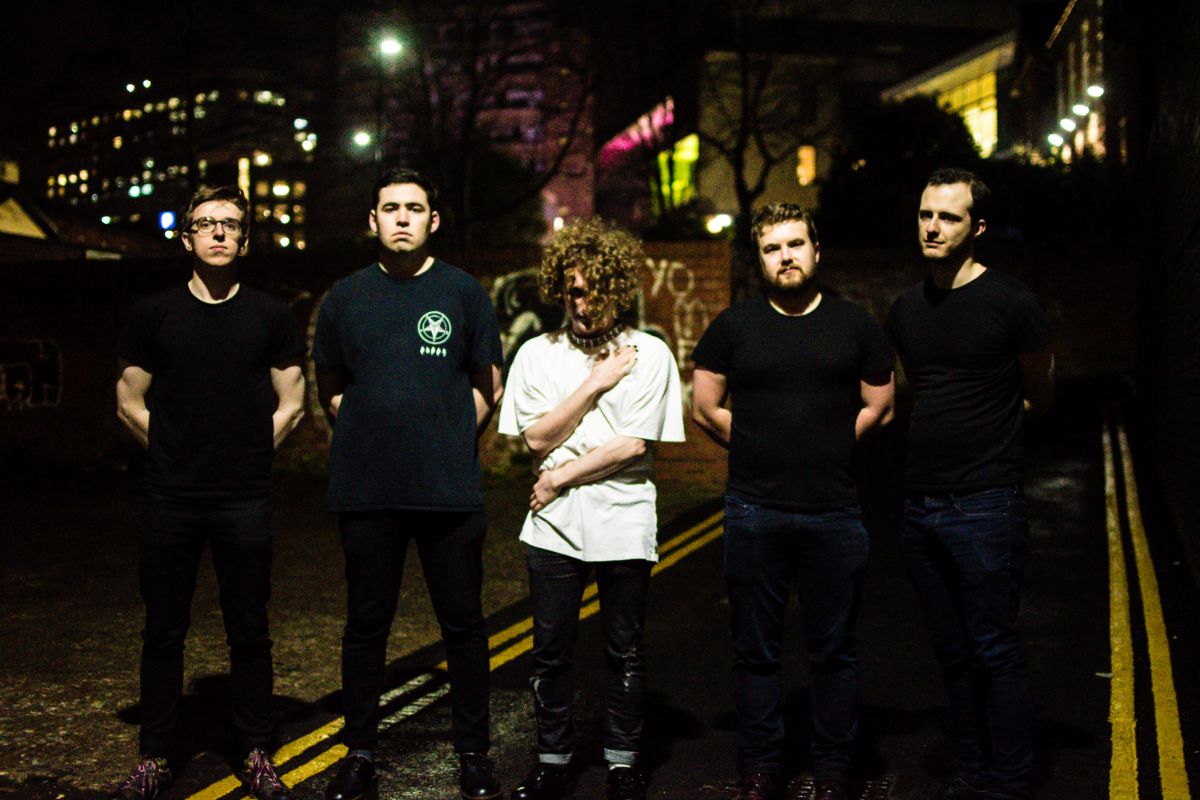 I remember hearing ‘Being A Girl’ by Mansun at age three & it was like THE childhood obsession of mine, that one song – I suppose that would be the very first one, but practically any time I come across a new band that flips my switch I just become like ‘YEAH AWESOME COOL LET’S DO THIS NOW’ and it’s onto the next thing creatively.

The first (and last, RIP) time we played the Harley in Sheffield we got paid in burgers from its burger bar, which while really great and generous of them, makes hurling yourself about on stage and bellowing at the top of your lungs a bit of a challenge after a few mouthfuls.

There are definitely a few, but probably opening for Black Peaks – one of our favourite current bands- after being given three hours’ notice for it on the day. That was a bit of a bonkers day.

I don’t know how deep it is, but Eros has a line in it that’s a reference to the lion on the front of the golden syrup tins & the bible quote attached to it.

It’s about finding moments of hope in difficult times– “As with the bees in the lion decaying in sunlight, so too shall we bring forth the sweet from the belly of the beast.”

The music to Eros was literally written entirely in the space of about four hours one evening in my room – and it then took about 6 months to come up with a vocal melody for it, and a further 12 months to write the lyrics. That’s basically par for the course for us though.

For me it would have to be 僻-HIGAMI-, our set opener & one we’ve yet to actually record.

That song’s got everything that makes us who we are in it – big bounce, disgusting riffs, disarmingly upbeat chorus. It’s all over the place – I think people will know what we’re all about when they hear that song for the first time.

Gosh, Jamie Lenman would be absolutely ace – we’re all fans of his and of his band Reuben, and we hope it shows in our music! I hope I haven’t scared him away after the last time I met him…

Sorting out who has to share the bed with Michael when we go out on tour. Somehow it’s always me who draws that short straw.

Between the five of us, I’m the only one who can touch my toes from a standing position.

Approaching rapidly in a crab crouch & chanting menacingly in unison ‘Steak & Eggs! Steak & Eggs!’ is a good one. Yeah, we don’t know how that one came about either.

Definitely having instruments in it, that really helps.

A far off, mystical land of wonder and mystery… the natives call it… London.

We’re very fortunate to have gotten to know the guys in Clonk, without a doubt one of the greatest bands in the entire country – they pick up exactly where Slint and Fugazi left off & they’re not even out of school yet. Playing with them each night on our recent weekender gave us the motivation to step it up even higher each and every time we got out there – they are truly inspiring dudes.

Clonk, By Design, Havelocke and Not For Long are all brilliant bands with something truly special about them that all deserve your IMMEDIATE attention!

Rolo Tomassi. We’re a bit less jazzy than they are but they’re from Sheffield too & I guess that has to count for something!

“You can lead a turd to water, but you can’t polish a horse.”

Eros has always been called that, even before it had lyrics, just cos I like the word – though I guess you could also read into it a double meaning of ‘loving your fellow man’.

We’ll be playing this year’s Tramlines Festival Fringe at Record Junkee! Hope to see a lot of fresh punters on that one, it’s always a load of fun.

People always act like ‘old music’ and ‘new music’ are mutually exclusive – like, old music hasn’t stopped existing & attracting new fans, it’s all still here in the present day, but the trick is we also have new stuff too. It’s all a bit of a non-issue, isn’t it?

We did hand-made tye dyes on our last merch run – they’re so cool even my little cousins who hate our band wear them!

Ohhhhhh just you wait and see what we cook up, you might get a cheeky treat!

One of our fans from Spain sent us an acoustic cover of one of our songs she did with her friends – it was the most touching thing ever, I still have it saved on my phone. That kind of stuff is so incredibly gratifying & it means the world for such a small band as us!

Jake bashed his noggin pretty hard when he went on a skiing holiday & needed MRI scans & Xrays and stuff. It’s not a particularly Metal injury but the scans would make for some pretty sick album art!

TOM! THIS IS A CALLOUT POST FOR YOU! YOU CAN HOLD IT IN UNTIL AFTER THE SHOW, YOU DON’T HAVE TO GO RIGHT BEFORE WE HIT THE STAGE!

Hyena – looks weird & makes unsettling noises. Enough said. (Although for some reason I always pictured Michael as a proboscis monkey).