Our A-Z challenge is a fun way to get to know bands. Here its the turn of Small Town Saviours to tell us all about themselves. 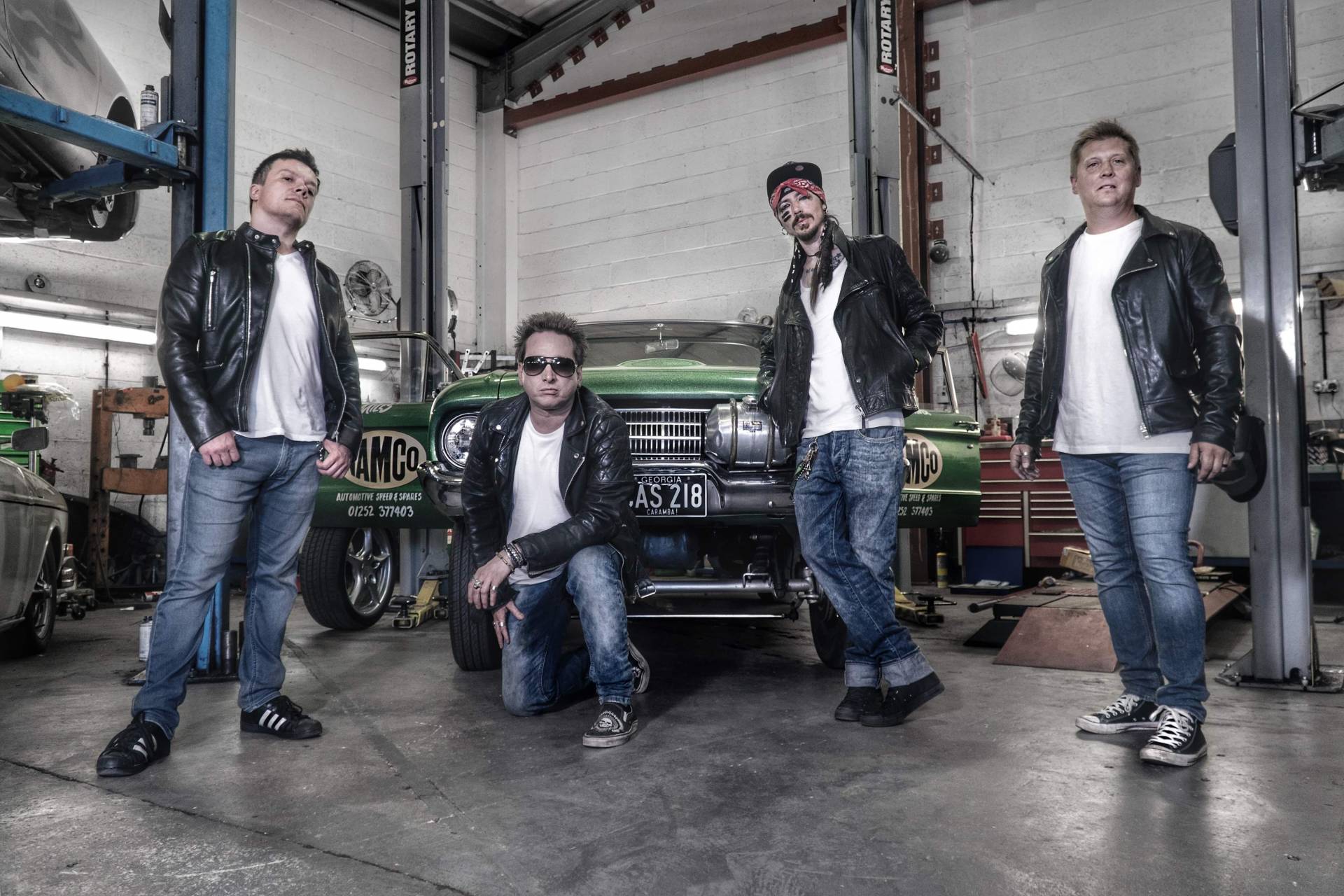 In Spain, on one of the tour dates, the venue provided us with an awesome all-you-could-eat BBQ and endless bottles of red wine…heaven!

Playing a gig on a boat that went up and down the Thames…..it was an experience not to forget!

People being what they’re not to get seen

Changing tastes and passions just to fit into a scene

I’d rather be real even if it means destruction

Than follow all the sheep into this fashion malfunction

Never making any money despite all the hard work, ha ha ha!

Our guitarist Skinny is the half-skull face painted, rapping vocalist of a crazy ska punk band called the Bandits – a million miles away from what we do!

These are courtesy of our producer Dave Draper, he’s constantly cracking ‘em all the way through the recording sessions. These are a couple of our favorites;

I brought a dog off a blacksmith today. When I got home it made a bolt for the door.

If you see someone doing a crossword today, lean over and say 7 up is lemonade.

Less is more. It’s all about getting that winning chorus that will get people hooked.

24 hours on an overnight ferry to Spain

Gene Louis from Bullets and Octane was pretty inspiring to see live. He has a natural way with the audience, you feel like you’ve known him for years. he keeps you engaged from start to finish and the whole thing appears effortless. I’d also the say the same about Danko Jones.

Japan, it looks like such a cool, crazy place!

Short, sharp and snappy, ‘Cry‘ is taken directly from the main hook of the song.

Yes definitely – we think music has lost some of its integrity over the years. Small Town Saviours are trying to rectify this though!

A stripped-down acoustic country hoe down version of Enemy or Friend. The original is fast, 1 minute 20 second no messing about type song so that would be pretty different!

Without our fans there would be no Small Town Saviours!

No real injuries to speak of….yet! Although we practically had to wheel our guitarist Skinny Pete out of hospital to do a couple of gigs a few months ago.

To quote the mighty Led Zeppelin……It’s Nobody’s fault but mine! (Aimed at our singer Lance!)

A shark – do sharks complain about Monday? No. They’re up early, biting stuff, chasing shit, being scary – reminding everyone they’re a fucking shark