Our A-Z challenge is a fun way to get to know the many bands and artists out there. Here its the turn of Skin Failure to tell us all about themselves! 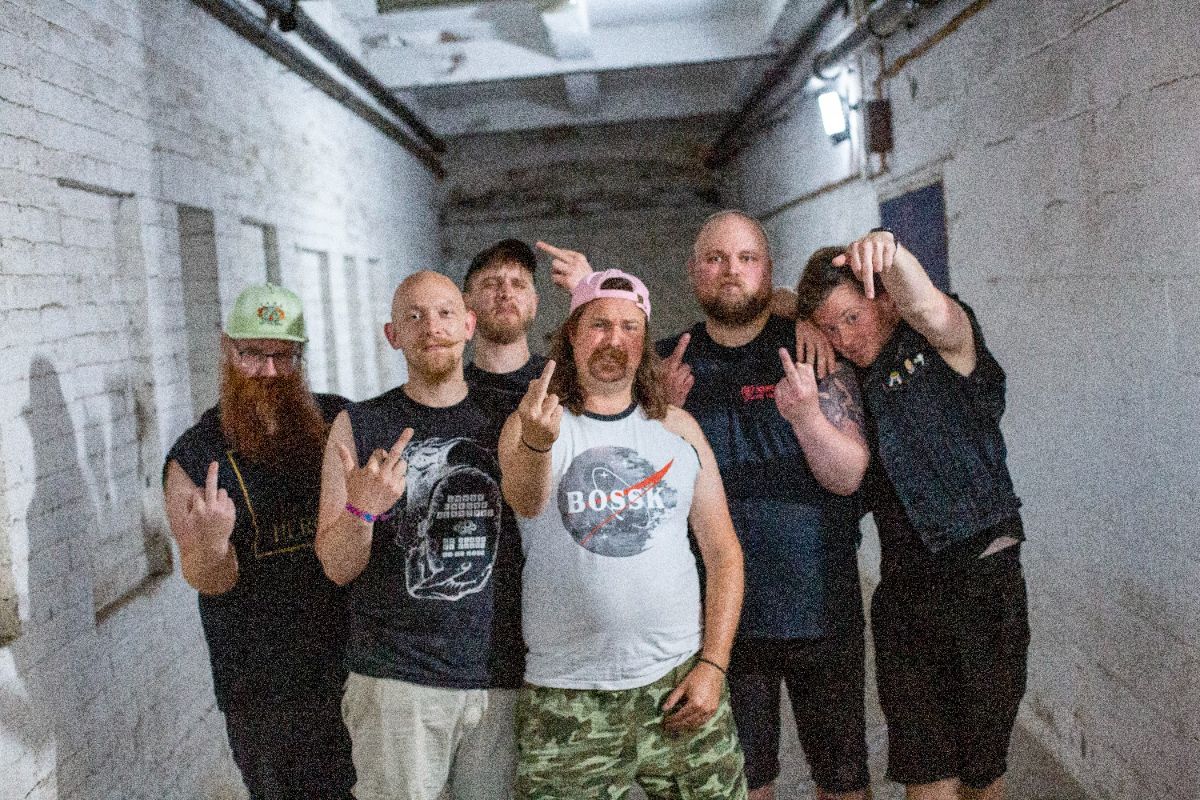 Haha, the other guys in the band aren’t going to be happy with me for saying this, but personally, The Best Things In Life Are Free by Janet Jackson and Luther Vandross… banger.

The boys in Memory of Elephants think that their show in Paris had the best rider – although very stereotypical. Cheese, wine, baguettes… but that’s all you need!

We haven’t been a band for too long, but the first time we had Will over to see if we gelled, we cooked up a huge seafood platter, lit fires in the backyard and just got generally obliterated… I think we started things on the right foot. Thrash & Sea Trash has been a staple of the band since

“Radical One”… it just fell into place.

I love playing Southern Fried Homicide live… It’s a bit of a breath of fresh air from a playing point of view – and the ending really gets people dancing and moshing at the same time.

Well, on Radillac we have Charlie Davis of Wasted Death and Ed Gamble of Off Menu. Those were 2 great surprises. I read an article about how Peter Dinklage loves the Canadian thrash band Anvil, so I’d love for him to feature as a narrator or something!

Organisation. Its hard to get 5 adults from different places in the country together just to practise. Luckily we all love it and each other.

Toby has been to Greenland…. Pretty wild….

We have too many… Our initial joke was telling audience members to Fuck Off…. I mean, just being down right rude to our fans… It’s working so far.

If the idea doesn’t seem right, then scrap it and start again! That’s important. Even in a song’s infancy it should stir something within you and others.

The M.O.E boys played in Prague. Of course Will and Dave have played all over the shop with Black Peaks. As Skin Failure, the furthest show is actually this week in Leeds!

His name is Dan Johnson, he is a drummer in Bristol. He is one of the most creative individuals I have ever encountered. He is uncompromising and talented. Exactly what an artist should be.

BENZO QUEEN out of Bristol. So much fun, so noisy, so energetic.

Mutoid Man would be a lot of fun!

I’d love to tour Belgium… Besides the quality of the beer, the music there is incredible… there must be something in the water. Bands like Brutus, Raketkanon, The Guru Guru, Helium Horsefly – all incredible!

If you can’t die a legend, just live.

I don’t think any period is better than any other. In the “hay day” of rock music; recording was such an expensive process that only a small percentage of bands could record their music – and then the labels would market that music to no end – allowing bands such as Led Zepplin to be seen as “the best” but that isn’t possible. In fact, we have lost hundreds of years of music because bands couldn’t afford to lay their tracks down and make them permanent. There could have been the most forward thinking artist in the 60s – writing music that blew every modern song out of the water – but some record label rep didn’t think it would sell, and now we’ll never know they even existed….. Sorry, I’m passionate about this subject.

We haven’t done it yet, but we will be releasing Beer Koozies

We should have a series of remixes coming out soon – I think that will be a cool little surprise!

Toby. He runs on Welsh time.

I’d love to say a tiger, our of respect for Ronnie Dio, but in all honesty… it’s like a gibbon… fun to watch, noisy, but ultimately annoying.