Skies In Motion take on the A-Z challenge!

Skies In Motion are gearing up to release new album Life Lessons on September 1st. We asked the band to take on our A-Z challenge… A song that made you want to make music? A hard question for us all to answer Trivium – Pull Harder on The Strings Of Your Martyr or the whole […] 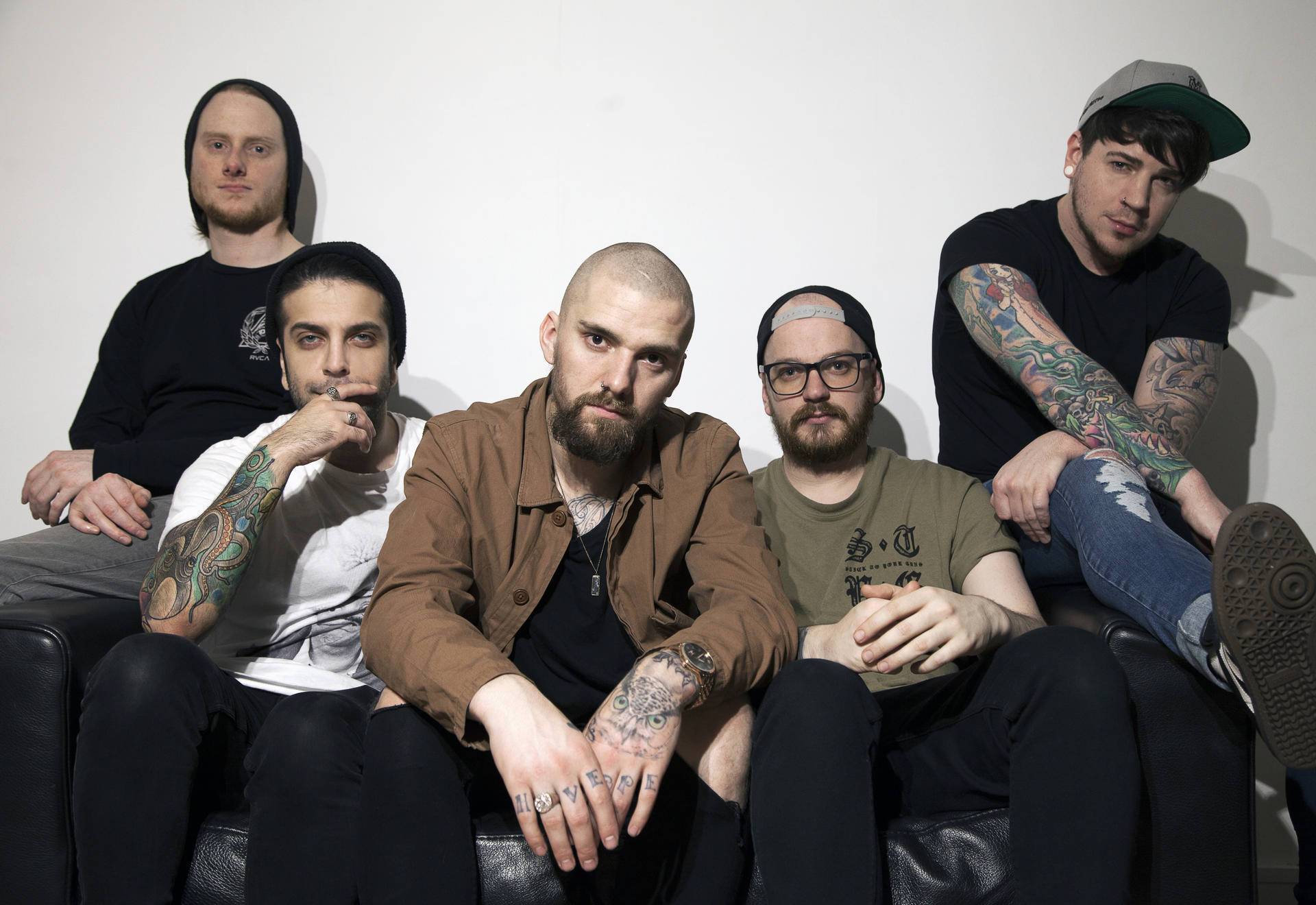 Skies In Motion are gearing up to release new album Life Lessons on September 1st. We asked the band to take on our A-Z challenge…

A hard question for us all to answer

In Slovakia we got a load of beer and these vegan noodles and they were amazing. Dave got too drunk and threw most of his noodles down his front but the bits that made it into his mouth were pretty nice apparently.

Supporting Killswitch Engage, just us and them. Was incredible. Dream come true.

A song about Adams friend dying, right at the end he says: “You should’ve taken me”.

The song Gonvena is written and performed by our guitarist Dave, it’s regarding the passing of his Mother and the struggle with cancer. “If I was lost, she was my one true North. She was the sunshine that followed storms”

Ugly. Not so much easy in the technicality, but it all came out in one writing session which is rare.

Happy Families. Got a bit of everything for everyone, and musically it’s dead fun to play.

Dave: Personally, I’d love Keith Buckley. I’m a huge Every Time I Die fan, and Keith has a very unique style of vocal, I’d love to have him guest on a track one day.

Dan: Dan Smith from Listener, he’s influenced both myself and Adam, not only with his music but in life in general.

Paying for things. There’s a common misconception that being in a band pays well. It’s doesn’t. Things are expensive. We put everything we earn into this band and work hard to make sure we are always pushing ourselves.

Dave: Dan is a photographer when he isn’t in the band, and some of his photos have been published in National Geographic. He’s good at everything and it’s really annoying.

We recently started calling our drummer Sandbag after I misheard someone saying “Is Sam back?”. All I heard was Sandbag and it made me cry from laughter, and the name stuck. Sorry Sam. Also, Andy is triangular in shape.

With this album we approached the writing more like we were writing pop songs rather than just riff after riff after riff. Structure really helps. Get a structure nailed, and then make your tweaks after you’ve laid the foundations. That’s the fun part.

We drove from Derby to Hungary to play in Budapest. Took us about 30 hours. The show was incredible too, beyond worth it.

Dave: I think it’s difficult to go and see Dave Grohl perform and not come away feeling inspired. Absolute rock royalty and he’s STILL writing bangers. I wanna be Dave Grohl when I grow up.

Adam: Dan Smith from Listener – just an amazing man with such a creative mind when it comes to words.

Dan: Probably got to be BB King, was lucky enough to see him at Wembley twice before he died. An absolute pioneer within music and was still rocking in his old age.

At the moment we’re really digging Loathe, Create To Inspire and The Gospel Youth.

When they come back, I think we’d fit perfectly on a bill with The Ghost Inside. They’ve hugely influenced us all, I think we’d all love to open for them. Or Sleeps, just because we’ve followed them since they started playing small venues and we have been inspired by how far they’ve come.

America. That’s the ultimate dream. If we ever get to do that, we can die happy men.

Never let anyone tell you that you can’t do something. No such thing as can’t. You can.

We called it Life Lessons because the album lyrically talks about the hardships and challenges that we come across in life, and about the light at the end of the tunnel. Essentially we’re sort of saying that you aren’t alone, we all go through tough times, but you learn from what life throws at you and you grow, you move forwards.

Yes and no. I think it all depends on what generation you belong to. My parents think the golden era was the 70’s or 80’s because that’s the period that musically influenced them the most, and I think that about the late 90’s and early noughties. Kids growing up now might think this is the defining decade, and that’s fine. Music is supposed to be opinionated. I don’t think there’s a right or wrong answer.

We did a run of shirts that says “Skies In Motion aife fucking shit” (spelling mistake intended) and it’s graffiti we saw in a pub toilet. The design is literally the exact picture of the graffiti. It sold so much better than any of the other merch we’ve ever made. Actually hilarious how well it did.

There’s a couple of songs I’d like to strip down a bit and make a little more acoustic, but we’ll see what happens I suppose.

We wouldn’t be able to do what we do if people didn’t come to our shows. Grateful isn’t a strong enough word.

Adam cracked his head open when he was dressed as a dinosaur for a show which was hilarious. For us, not for him. He carried on with the set though and then we played another gig 30 mins after the set in a completely separate venue with him covered in blood.

Generally all of ours for faffing. If we stop at service stations we say “right meet back here in 5” and one of us will end up having a shit for half an hour or standing in the queue at Starbucks for eternity *cough* Adam *cough*.

We’re the entire zoo. If you go to the zoo, you know you’re gonna have a good time. Same applies to us. Come and see us play a show and you’ll see what I mean.