As Sirens Fall take on the A-Z challenge

As Sirens Fall are a relentless band, spending a lot of time honing their live shows and have a legion of fans to show for it. Currently the band are gearing up for the release of their latest EP The Hospital Party (out July 8). We challenged vocalist Mikey Lord to the A-Z challenge. 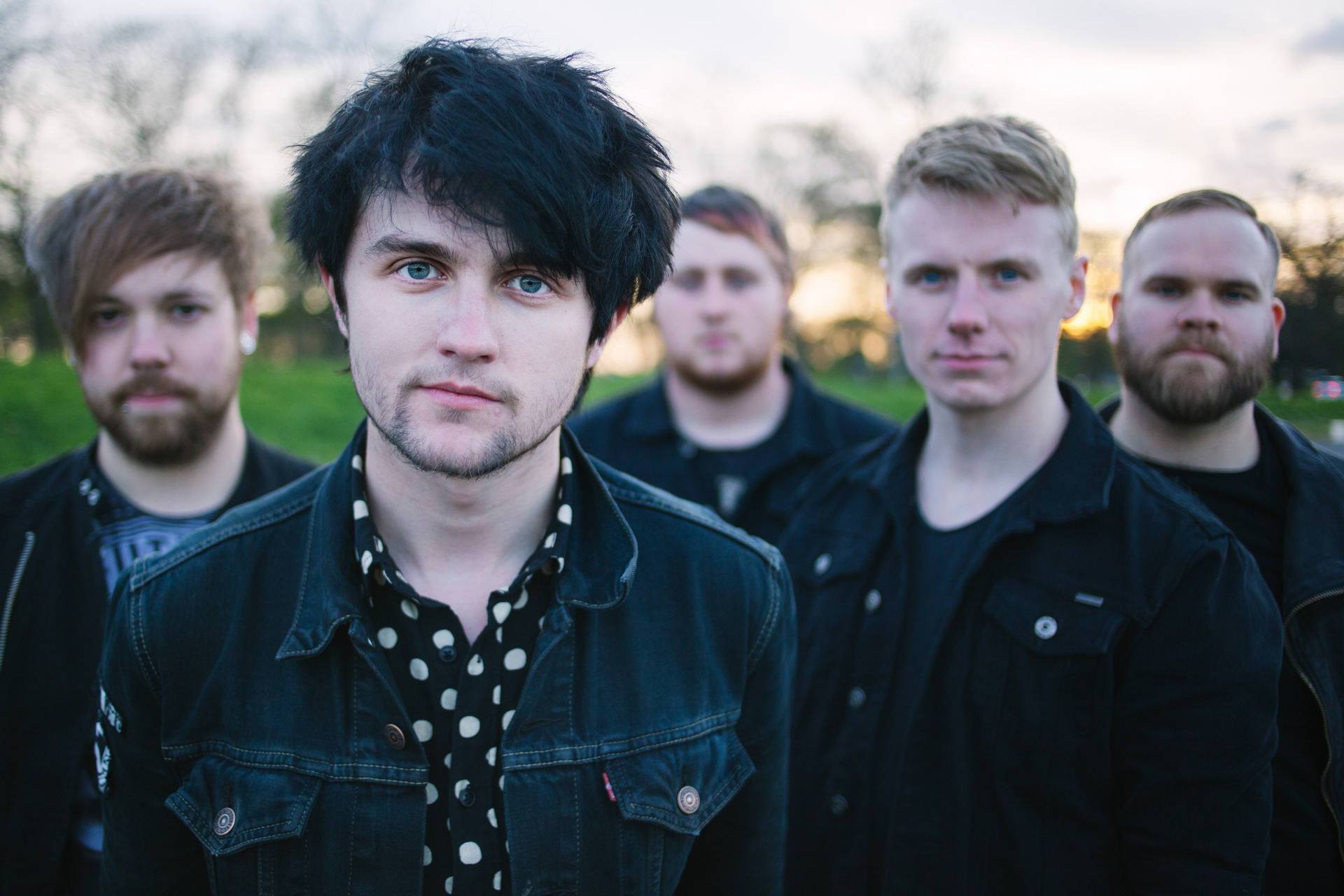 As Sirens Fall are a relentless band, spending a lot of time honing their live shows and have a legion of fans to show for it. Currently the band are gearing up for the release of their latest EP The Hospital Party (out July 8). We challenged vocalist Mikey Lord to the A-Z challenge.

The first time I listened to a song and wanted to play guitar because of it was probably Hotel California by the Eagles, I’ll have been like 8!

We tend not to ask for riders, but when we’ve just been given them it’s always bottles of water, packs of crisps and beer which is always awesome. We were playing the Trapdoor in Bradford once and they gave us like a million packs of space invaders.

The video for Where You Are tried to kill me. It’s a long story but I fell through a floor at the top of a very old tower in this mill and nearly died. That was pretty crazy.

Hahaha, I don’t know if deep is the right word. I use a lot of metaphors and concepts to shroud but also make clear the ideas and the meanings of the songs. I think my favourite lyric from the EP at the moment like that is from a song called Lonely Tomorrows–

‘The storms have passed and the sky is clear, but all we have left to cling to is this floating wreckage-and I guess I’d rather take my chances’

It’s never easy writing songs – some do seem to just write themselves though! One that came together very quickly and painlessly is Smoke. It was a natural thing, it just came out of us and is pretty much the same now as it was when we first played through it.

I really love playing Where You Are live.

Out of anyone? Ozzy Osborne or Bonnie Tyler.

As Simon Neal said, ‘join a band, but make sure you truly love the music you’re playing, because everything else with a band is just problems.’ I absolutely love being in a band and being able to make music but it’s not easy to do! It’s awesome though.

Adam went from having no cats to six cats in the space of a week.

Hahahaha, private jokes are the best when they stay private!

Honesty and perseverance. You’ll never be proud of what you’ve written if it’s not honest, if you’ve ripped it off or if it isn’t true to you. It’s fine to take inspiration from other songs, but don’t use them as templates, do your own thing! Sometimes a song’ll be written in 10 minutes, sometimes it’ll take 6 months. I’m just about finishing a song I’ve been working on for over a year. Just keep going and love what you do. Also don’t listen to negative shit from anyone else. Especially not people who don’t write songs. If what you make is honest and yours then it’s yours and you should be proud of it.

Before I was in the band the guys flew over to Texas to play SXSW.

I met Jared Leto (30 Seconds to Mars) once and had a cool chat with him. He’s very intense but you can sense how driven he is and how self aware and dedicated he is. Incredible personality.

I’m seriously digging Marianas Trench at the moment. I’d love to play with those guys.

I’d love to play in the US. Manhattan is my favourite place on earth and I really hope I get to go back there someday.

‘The Hospital Party‘ is all about the marriage of the seemingly impossible. The EP itself is essentially a musical cross-section of my own mental health, from what I believe has caused me some problems but also what I think about it. I’m very open about it all and I think more people need to be. A couple of years ago I thought about how depression and joy can come and go so quickly and how sometimes they seemed to just merge together and happen at once. I wanted to represent that in the music. Of course the EP also touches on the serious consequences of having a personality like mine and having poor mental health – State Of The Artist is about that, so I wanted it also to have this relatively sarcastic, almost sinister, dark tone to it as well. The Hospital Party.

We’re heading out on tour, here’s the dates:

You can grab tickets for that tour from http://www.assirensfall.co.uk/tour

We’re also playing the main stage at Bingley Music Live this year which is a dream come true for all of us! It’s a huge local festival so we’re gonna need every member of the ASF family we can get. It’s gonna be really special.

I think that depends on what you like. I’d completely disagree. If you were a band in 2005 and you sounded like a band from 1995 or 1985 you got ridiculed. In 2016 you can play what you want and how you want. Everything is at the touch of a button and the influences behind all these modern musicians are so much more eclectic because of it.

We have some very cool stuff coming out very soon, keep your eyes peeled!

I’m actually seriously happy with everything that we’ve put out. Romesh got the best out of us on The Hospital Party, it’s so awesome and it’s incredible to hear those songs at their full potential. There’s some remixes and acoustic stuff to come soon, though!

The absolute world. The first 18 months of our being in a band was all done on the back of one song release, and even now before we’ve put the EP out we’re playing shows and people are screaming lyrics back to me from songs they haven’t heard recorded yet. Our fans are dedicated, fearless and ruthless. We’re a big family. It rules.

Hahaha, it’s never been that serious. I did once knock myself out cold trying to lasso my own neck with the mic. I still haven’t lived that down.

Mine or Jason’s. Im the singer, I think that says it all. He just drives slow.

A dainty, exotic butterfly with a lazerbeam on its head.