Rob Jarvis & The Mercury Sons take on the A-Z challenge!

Rob Jarvis & The Mercury Sons are back with new single Four Walls! We asked Rob to take on our A-Z and these are his answers! What a lovely chap! 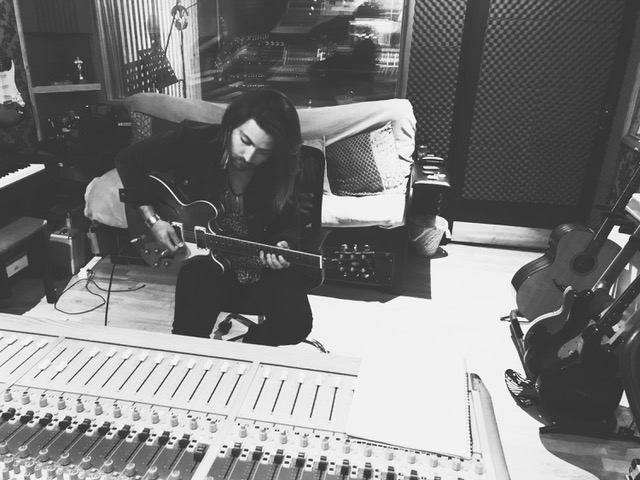 Silverchair – Freak.
It wasn’t necessarily just the song though, as much as I love it. There’s a clip of the band playing live in Rio, you can find it on YouTube, the crowd going completely off on one, band having the most insane time.
Other than that, Rocketman –Elton John

I’m not a motorbike, I wouldn’t know. 😉
Any time I get fed well pre show I’m more than grateful. Sushi is the dream.

I fell off the side of the stage at O2 Academy Newcastle, only to be caught mid fall and placed back on stage by a bouncer. No one else in the band noticed I was gone ha.

Four Walls, the song we just released, has a fairly poignant lyric. I don’t know whether it’s deep. It talks about, how we are so able to create our own happiness and sadness of course; that the difference between the two can literally be getting out and changing it up, environment, routine etc. Stepping outside our literal Four Walls.

There’s a song I’m working on/finishing for a new record called, Painkiller. It needs a little refining, but the core of the song came together in around 2 hours. Hell of a lot of fun to play too.

Previously that was debut single and opening track, ‘Just To Make You Happy.’ Is a fun heavy groove track. I have a distinct feeling it may get trumped by one or two of the songs I’m currently working on. Got a good mixture of hard and fast, groovy material, can’t wait to get the next record underway.

Waiting for the next gig, wake up every show morning like a kid at Christmas.

One band member was actually in a star wars movie.

We haven’t got a prolonged running theme joke at current, but we relish any opportunity for mischief, usually at the expense of another member of course ha.

Knowing what you want to say, If you know your destination, you can figure out how to get there.

Longest car journey, playing abroad aside, was from the south coast of England to Glasgow in one day. A show that night and down to London again for the next one. That was all self driven too, nothing you can’t do armed with Red Bull and an audiobook! Ha

My boys in True Villains, based in Nashville, they got all the goods, Great songs, great live performances, watch that space tooo!!!!!

The Struts, could watch them play night after night.

America! Just as soon as I get done making our next record!!!!

‘Four Walls’ the title of the newest song is meant in the most literal sense. It’s saying that you can make both your own problems and your own triumphs, but staying in the same place literally or metaphorically too long, can be the cause of a downward spiral. Get out and find something new.

Your front room?
Be playing live again just as soon as this record is finished, just gotta sort out getting back the US first.

No, I love music from generations gone by just as much as I do these days.
There are tons of killer acts out there right now. Music nostalgia culture, espeically in rock is so important, but often overshadows what’s happening now. Yes it’s the job of new acts to push through and makes the best of what’s going on now; but competing with decades of experience, management and millions of dollars in investment. Armed with a Facebook, good work ethic and a back pocketful of dreams seems a little disparate.
We can’t reinvent the wheel, Nor would I want too, there are always gonna be those bands, they were there first and we love them for that, ground breakers; but every so often be interesting to try and new set of tyres.

Working on it. Band hairdryers and tennis racquets anyone?

Actually been discussing some remixes, on newer tracks I’m working on, potential rap artist collaboration on one too. Just for fun.

The support we’ve had has taken me across the world. To a place I’ve never been and given me the opportunity of a lifetime. It’s a love affair like no other!

Not yet, one or two strains and sprains, been lucky til now. Took a guitar to the eye once, stitches yes, xrays no.

Mine, I like overly long showers and I’m an addicted Netflix abuser. Just kidding, always early to shows, Always excited to play, it’s the best part.

The rattlesnake, you get near us we’ll start making noise. We don’t bite though, not hard anyway ha 😉