Rivals take on the A-Z Challenge

Our A-Z challenge is a fun way to get to know the many bands and artists out there. Here it’s the turn of Rivals to tell us all about themselves. 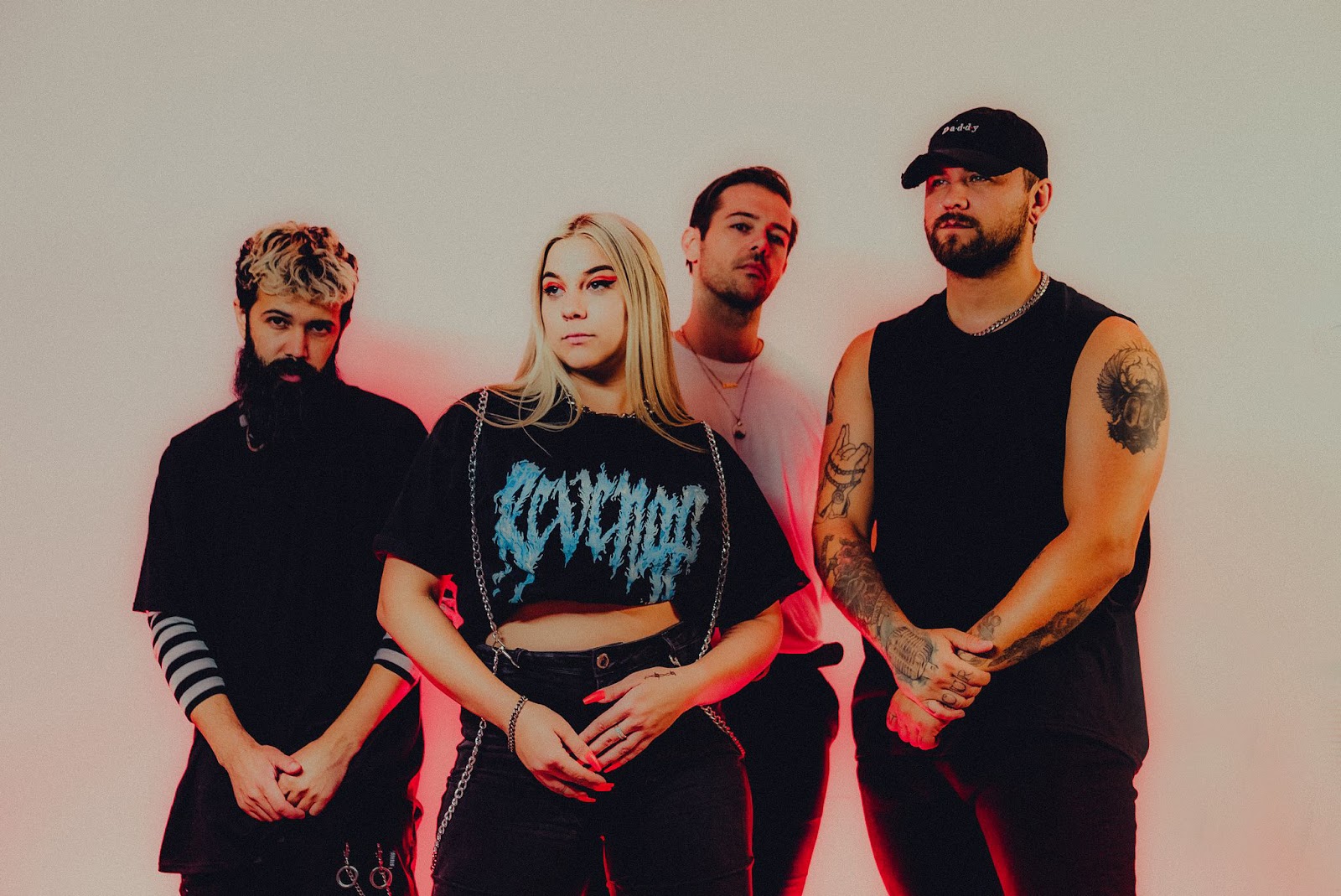 Kalie – “Mothers Daughter” by Miley Cyrus is a song we’ve referenced a few times in the studio haha. It’s such a vibe.

Josh – The first time I heard Slipknot in 1998 I knew I wanted to play the drums.

Seb – First song I ever heard that made me want to start playing music was “Through Struggle” by As I Lay Dying.

Micket – “Freak On A Leash” by korn. I remember playing air guitar in my living room while the music video was playing on MTV.

Josh – The Masquerade in Atlanta fulfilled our entire rider. Even down to the variety of meat and cheeses. We love cheese!

Kalie – God so many, but probably our 3 hour signing at IMatter Festival. We said we’d meet everyone who wanted to meet us and we did haha.

Josh – Playing on a cruise ship in the middle of the Gulf of Texas on our way to a different country. Legit insane!

Seb – I’m going to have to go with what Josh said. It would have to be doing a 5 day festival cruise to Mexico with Papa Roach. I never had the chance to experience something like that and have the ability to live and see an entirely different culture. It was truly beautiful.

Micket – The craziest moment for me, actually, was on this tour. I was playing the pre chorus for Dark Matter and despite how having in-ears in, Kalie singing or my guitar playing through it all, I could hear the entire crowd singing the lyrics back over all of it and I distinctly remember looking at Seb and saying WILD.

Kalie – The entire song “To Dom”. The song is written for my nephew who’s mother committed suicide.

Kalie – “Fake Rich” or “Dark Matter” to be honest haha. They just flow so easily and we wrote them so quickly.

Josh – “Dark Matter” came out really naturally and quick. We just wanted to rock out and had a really good vision of that before going into the session.

Seb – I would have to say “Fake Rich” was probably one of the easiest songs to be written despite it taking a long time to actually get going. I randomly came up with the chorus idea in the shower one day and went to our producer to start writing it. Everyone in the band enjoyed it, just didn’t really have a direction on where we wanted it to go. So it sat in our drive for a good minute until Kalie randomly came up with a melody for the chorus and it hooked all of it and the rest just happened so naturally.

Micket– For me it was “Dark Matter”. Our producer John Espy said “give me a guitar riff” and I just played the opening line and it was all downhill from there.

Seb – “Fake Rich” will always hold a special place in my heart.

Josh – That’s a hard question for me because the metal head in me would say Corey Taylor (Slipknot) but Travis Barker on drums would be sick!

Seb – To be honest there’s no one really specific that I could say I would want instantly. However as of recently I’ve been really into an upcoming artist called Kid Brunswick and would like him to feature forsure.

Micket- Matt Bellamy from Muse. It would be iconic.

Kalie – Keeping a positive attitude and trying to be excited even on the days I’m not feeling mentally excited.

Josh – Keeping up with my day job. I work remote and most of the time on tour if we’re not at the show or driving to the next date we’re sleeping. We never have enough sleep or healthy eating habits on tour. I try but it’s hard!

Seb – I would have to say having the mental fortitude, being in a band can be very stressful at times, along with having to balance your personal life back at home as well.

Micket – Finding healthy food after the show. Your options are mostly fast food. 😭

Kalie – Micket was in the Bratz movie. 😂

Seb – Josh can eat literally anything despite how terrible it is and will try to convince us how delicious it is. And the fact that he’s an animal and drinks black coffee.

Kalie – Omg so many hahaha I’m not sure they translate well over text since a lot of it has to do with the tone. We’re a super dry, dad joke kinda band and a lot of sarcasm.

Seb – You ever been to a Motel?

Micket – “do the roar” -kid in Shrek: Forever After.

Kalie – Don’t overthink it. If you think you can do better. Do better. If it feels right, it probably is.

Josh – Be open minded and don’t be afraid to flip a song upside down. You would be surprised what comes of it!

Seb – Just do what feels right to you. As long as you really enjoy it and love what you’re doing, that’s what really matters.

Micket – Be willing to go with the flow and don’t get caught up in the moment on something that may not be as important as you think.

Seb – Gunna agree with Kalie and say Mexico, that or our most recent festival coming up where we will be driving from California to Kentucky to play Louder Than Life.

Micket – Definitely the time we played on a cruise ship to Mexico. Shiprocked was such an amazing adventure

Josh – LP (ex-Yellowcard drummer) played for New Years Day while we were on tour together. Watching him and chopping it up nightly about music and drummers was really inspiring to me personally.

Micket- Underoath as a whole. It’s beyond just a show, it’s an experience.

Kalie – I don’t listen to a lot of bands to be honest but an artist would be Laye, absolutely amazing pop artist.

Kalie – Demi, 5SOS, Nothing More, Nothing But Thieves, Sleep Token.

Josh – Same as Kalie but of course add Slipknot!

Kalie – Don’t forget that life has beauty, find it ❤️

Seb – Anything in life is possible, you just have to believe it to the pit of your soul and keep pushing no matter what, and everything will be okay.

Kalie – Bleeding Star was a way of showing how we are all stars but bleed outward to fix the traumas past generations have left us with.

Kalie – music is forever evolving. So no.

Kalie – Mmmmmm not yet!

Seb – I’ve been saying we should do hair scrunchies!

Josh – We’ve played around with acoustic versions of our songs and some of them could be really cool!

Josh – EVERYTHING! We wouldn’t be able to do what we’re doing today without them!

Seb – They mean the world to us. We’re just a couple of nerds trying to write music and inspire others, and to have such a big support system and have people who can relate to us means everything. Without you all we would be nothing. And its because of you guys we’re able to create this art for you all.

Seb – I can’t even count how many times I’ve hurt myself on tour. lol

Kalie – We’re very rarely late to be honest! But usually it’s cause we didn’t think of a time zone change. 😂

Josh – Can we pick Pokémon instead?