ReVerbed Take On The A-Z Questionnaire!

Now residing in Brighton, pop rock quartet ReVerbed formed at school in Doncaster and have stayed together against the odds, the quartet said: “Ultimately, we couldn’t bring ourselves to give up on six years of hard work. So, we are still here, still strong and still loving what we do”. Here they answer the A-Z interview… 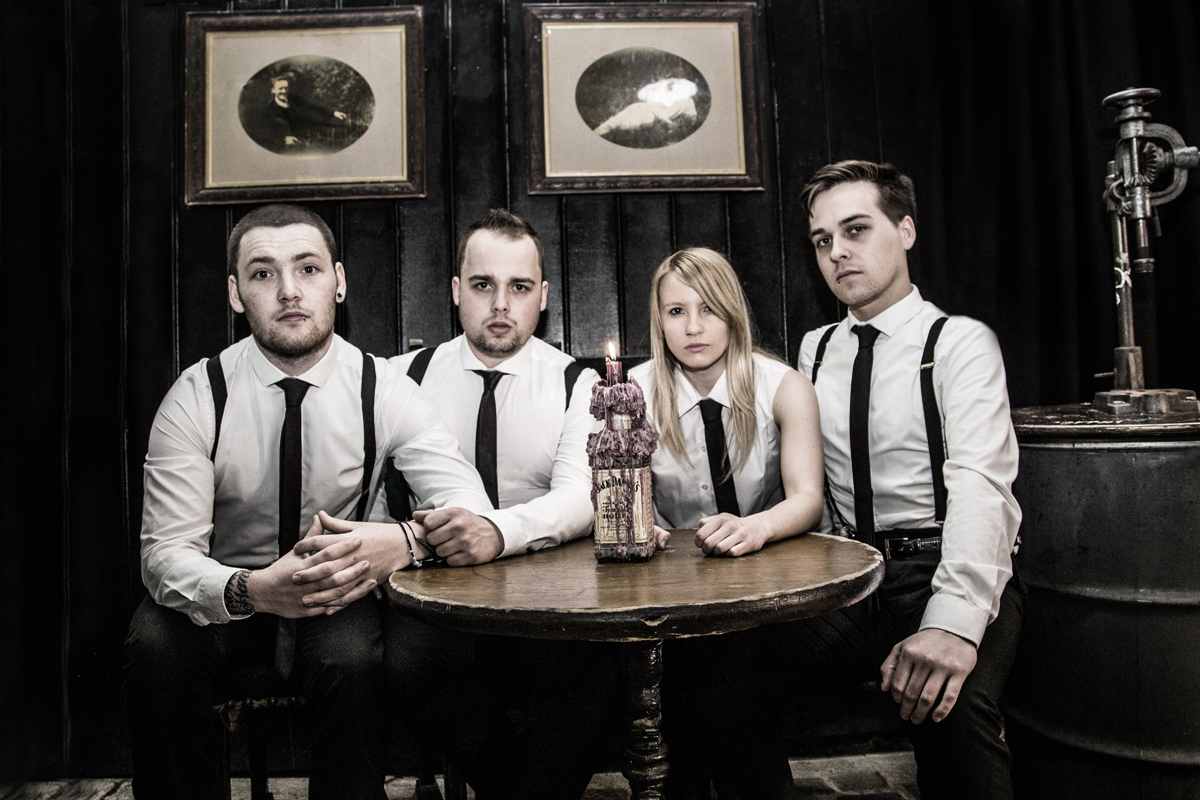 Now residing in Brighton, pop rock quartet ReVerbed formed at school in Doncaster and have stayed together against the odds. Despite nearly throwing in the towel whilst recording recently released EP ‘Another Year, Still Here’, the quartet said: “Ultimately, we couldn’t bring ourselves to give up on six years of hard work. So, we are still here, still strong and still loving what we do”. Here they answer the A-Z interview…

A song that always gets us pumped it Prayer of the Refugee by Rise Against.

Probably the most surreal was when we first started off, we were about 16 and ad just released our first material and it topped the myspace music charts above Eminem, biffy clyro and the xx. It was weird!

Keep Me in Your Eyes, broaches depression and contemplation of suicide it’s dark but with the positive spin on it.

I think one of the quickest to come together was Promises, George pretty much had it done in an afternoon.

I think Guilfest supporting Gallows has got to be a big highlight.

Really tough, I think it would be pretty cool to have Mark Hoppus.

There are far too many to mention, however a really fun time for us was our tour of France in 2014, was such a laugh.

Zoe is also the guitarist for an all female Ramones tribute act.

Rudebox by Robbie Williams is one terrible joke cd we have in the car.

Breath in, Breathe Out

Really into PVRIS at the moment. Caught them earlier this year in Brighton when they supported Lower Than Atlantis.

We have been together for 6 years and we were so close to giving it up. After a lot of thinking and talking we decided to not give up on all of this.

We have just finished our UK Tour for this EP release however we are planning a few more shows to round off the year and working on our next tour for early next year. Keep up to date on our facebook.com/reverbed

yes and no. I am a big fan of all music but I do predominately listen to music from 2007 and previous. However there are some good newer bands that I do enjoy, I think a lot of people are just nostalgic when it comes to music.

We are fairly regular when it comes to merch to be honest, tees beanies, stickers, cds.

We like to get all of songs figured out before we head out on the road and in the studio, we take a long time to figure everything out and I think we’re all fairly happy with how they are so not a lot really!

I haven’t regretted seeing any bands at all, I have just been slightly disappointed seeing certain bands due to sound quality or crowds at the gigs.

We’ve been very lucky to incur any injuries on tour or playing, it’s mainly our instruments that take the damage.

Probably an elephant. We can appear chilled calm and collective but we can aggressive and loud when needs to be!

EP ‘Another Year, Still Here’ was released on October 23rd. Get it here: http://reverbed.bigcartel.com/product/another-year-still-here-ep