Bristolian punks Weatherstate are a quartet that create a twist on pop-punk which resonates with a nostalgic, gruff charm harking back to the days of Dookie.

Shannon took some time to speak to Callan from Weatherstate to discuss their approach to the pop-punk scene and what they have in store. 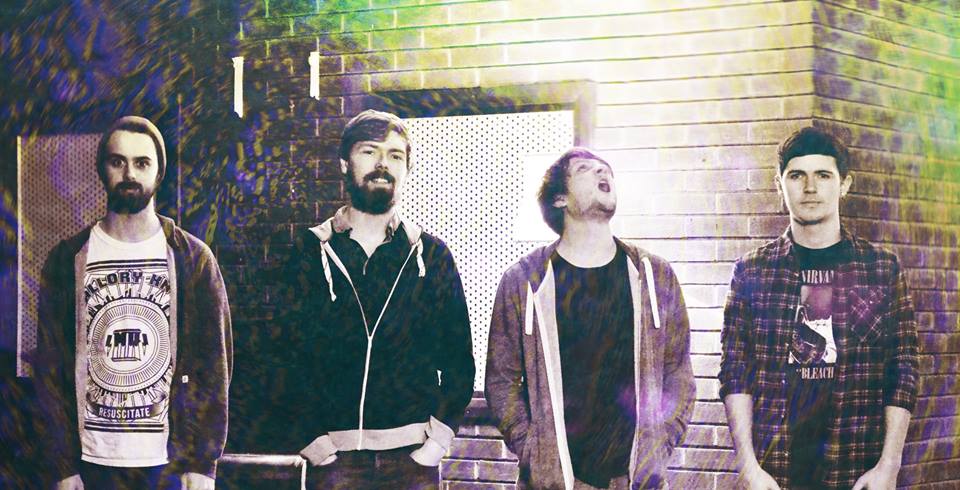 The evolution of the UK music scene in recent times has exponentially demonstrated the rise of pop punk in its modern forms. Whether you’re excited about the fresh local talents being taken on by Hopeless, Roam and Trash Boat to name but a couple – or you’re looking forward to the huge tours that have been announced by genre-giants State Champs and The Story so Far (hitting the UK throughout the later part of 2015) the scene at home and abroad has undeniably been saturated. So, is there room for more bands to make an impact? The answer to that question is unequivocally, yes.

Bristolian punks Weatherstate are a quartet that create a twist on pop-punk which resonates with a nostalgic, gruff charm harking back to the days of Dookie. Recently on tour with Trash Boat earlier this year, Weatherstate have played an array of shows alongside the likes of UK front runners Milk Teeth as well as fellow pop-punkers Six Time Champion and are set to play a stacked lineup with Creeper and Giants next month.

The 2014 EP ‘Dead Ends’ (produced by Neil Kennedy at The Ranch Production House, Southampton) is a demonstration of how an underground band can establish a unique and intoxicatingly catchy sound straight off the bat. The release is accompanied by videos for two feature tracks, ‘The World has got it in for You’ and, more recently, title track ‘Dead Ends’ which has a DIY, old school punk feel that perfectly represents the band in its entirety.

The most refreshing aspect of this band is that they are incomparable to anything currently making its way around the pop-punk world. Their sound is drenched in an originality that sets them well apart from their peers. On vocals, Harry Hoskins has an evocative charm that is husky and emotive on every track, particularly ‘Bad Habits’, which sees the band provide a perfect blend of angst and maturity. Pair this with catchy riffs throughout, and you are onto one of the best unsigned bands in the country right now.

We took some time to speak to Callan from Weatherstate to discuss their approach to the pop-punk scene and what they have in store.

Hey Callan, thanks for taking the time out to speak to us about Weatherstate. How did you guys form?

It’s weird. We formed out of the demise of our old band in Bristol. It was a bit of a clusterfuck releasing our first self-titled EP. There was just three of us at the time and we’re trying to find our feet as a band still. We then asked Toby to jump on drums and since then things naturally fell into place for the four of us.

What is your opinion of the DIY scene right now, do you have any favourite UK bands?

The community has been as strong as it ever has. It’s never really got worse and is full of great people and great bands. A few of our favourites at the moment would be Big Nothing, Muskets, Boston Manor, Milk Teeth, Decade. All good dudes doing good things.

How do you feel Weatherstate establishes itself within the scene?

We’re a funny one I think. We always see ourselves as the ugly duckling of every line up. We tend to play on pop punk bills, however, it’s like we’re not pop punk enough for those shows. Yet we’re too pop punk for the rocky, grunge-y shows. Our sound as a band meets in the middle. But at the same time we love that we get to play to so many different people.

What has been your favourite show to date and why?

I don’t think we’ve had a defining show as a band yet. We’ve played a lot of good shows and some bad ones. Our favourite shows to date was our most recent run with our good friends Trash Boat. Those dudes made everything super fun.

What changes would you like to see to improve the local music scene, particularly for unsigned DIY bands?

That’s a really good and tough question. I truly believe that there needs to be more venues that will allow kids to go to shows. It was super beneficial for me through my teen years to be able to go to shows in my hometown. I probably wouldn’t be playing music now if I didn’t have that experience. In all fairness, my local venue wasn’t profiting putting on free shows and selling just cokes over the bar. This is where we need local council’s to step in and fund something like this. Just setup a place for this to happen. Make it fun. Kids will play some rocking tunes.

Can we expect any new material from you guys soon?

We’re very close to releasing our follow up to Dead Ends. Keep your eyes and ears peeled! Safe.

Keep Up To Date With Weatherstate Here: