Ray Toro spoke to us about his debut solo album, ‘Remember the Laughter’, which comes out on November 18th. 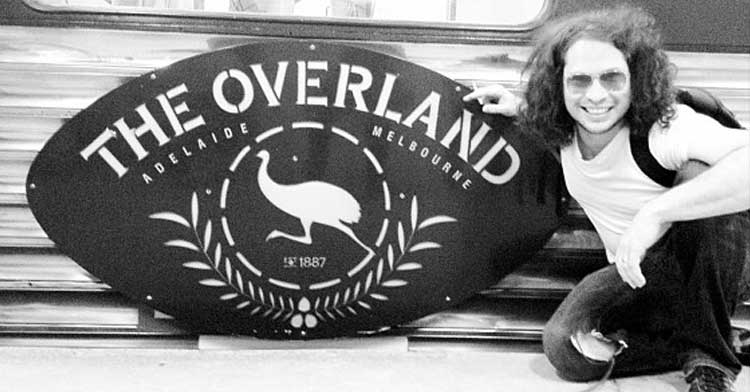 Ray Toro spoke to us about his debut solo album, ‘Remember the Laughter’, which comes out on November 18th.

It’s been over three years since we really heard anything from you. Was it a conscious decision to wait a few years until releasing new music, or have you spent the time writing and refining your sound?

I absolutely needed time to figure out what direction musically I wanted to take. The first demos I recorded were very guitar heavy, and while fun to play, didn’t allow me to express the thoughts and emotions I wanted to convey with the record. What I found was that each song would need to be unique and treated differently to best capture what I wanted to say. While there is a lot of variety in sounds, there is a connective tissue that binds it all together.

The time benefited me lyrically as well. Being able to write over three years of life allowed me to process feelings and world events in the moment, so there is lot of pure emotion there.

From what we’ve heard, your album has quite a distinct sound, different from what My Chemical Romance released. Is there anything in particular that made you want to make a different style of music?

A lot of times songs will tell you what they need from you as a musician, and in a way you are at their mercy. At that point you become a vessel, almost unconsciously doing what needs to be done for the better of the song. That guided my overall direction with the record.

What were your influences for the album?

A short list : Pink Floyd, The Beatles, Peter Gabriel, Tom Petty, The Cars, Bjork. Nothing really sounds like these artists directly, but they all influenced my writing in some way.

My family, becoming a father, was the biggest influence.

Do you feel that by releasing solo music, you can explore more musical styles and be more adventurous in what you create?

I think so, I would say it depends. In my prior work, I was fortunate enough to write with musicians who felt it important to push the boundaries of expectations, and to never leave an idea unexplored if there was something tangible there.

That said, as a solo artist, you are able to dig deeper into the depths of yourself, and push yourself in ways you didn’t think possible.

How did you find the process of writing and making music yourself, as opposed to being in a band and writing mainly guitar parts?

Freeing and challenging at the same time. You have the freedom to explore all of your ideas, good or bad, and can often surprise yourself in what you are capable of.

Challenging though, because when you get stuck on a song you don’t have another opinion or idea to draw from, so sometimes what could be a great song ends up getting locked away.

And a lot of the songs started with vocal melodies or piano parts first, so that was new. What was good about that is I wasn’t held back from only writing parts that I could sing and play on guitar at the same time. I think if I started everything on guitar first, I wouldn’t have had the same flexibility in rhythms and timing.

The concept of the album is about a middle-aged man finding a memory box in the attic of his childhood home, with each song representing a different memory triggered by the items found inside the box – how did you come up with this?

I feel this record is very much like a memory box. The only way I know how to write lyrics is to be very direct, there isn’t a lot of metaphor in there. And stepping back, the songs that made the record were very much about me, my parents, my family, things that I would want to say to my son when he gets older.

So this framing device of the memory box made complete sense, and it also added a creative element for me, as I could then connect some of the songs with audio interstitials that helped the listener picture a scene in their minds.

A lot of the songs on the album have quite positive messages behind them. Was that a conscious decision, and if so, why?

Two reasons. I am a positive person in general. I have always tried to find the cracks of light in the darkness. Since so many of the songs are for my son, I wanted him to know that with positivity and hope, we can create real change in this world.

What can we expect from you in the future? Do you have any plans to tour?

I’m hoping to hit the road sometime next year. It will be a new challenge for me, so one that I’m nervous about but also extremely excited about. I feel that’s a good place to be!