Raw In Sect take on the A-Z challenge

Raw In Sect are gearing up for the physical release of their new album Kitro (July 6). We wanted to find out more about the Greek quartet, who’s folk meets heavy has intrigued and captivated audiences all over Europe, so we asked the band to take on our A-Z challenge! A song that made you want […] 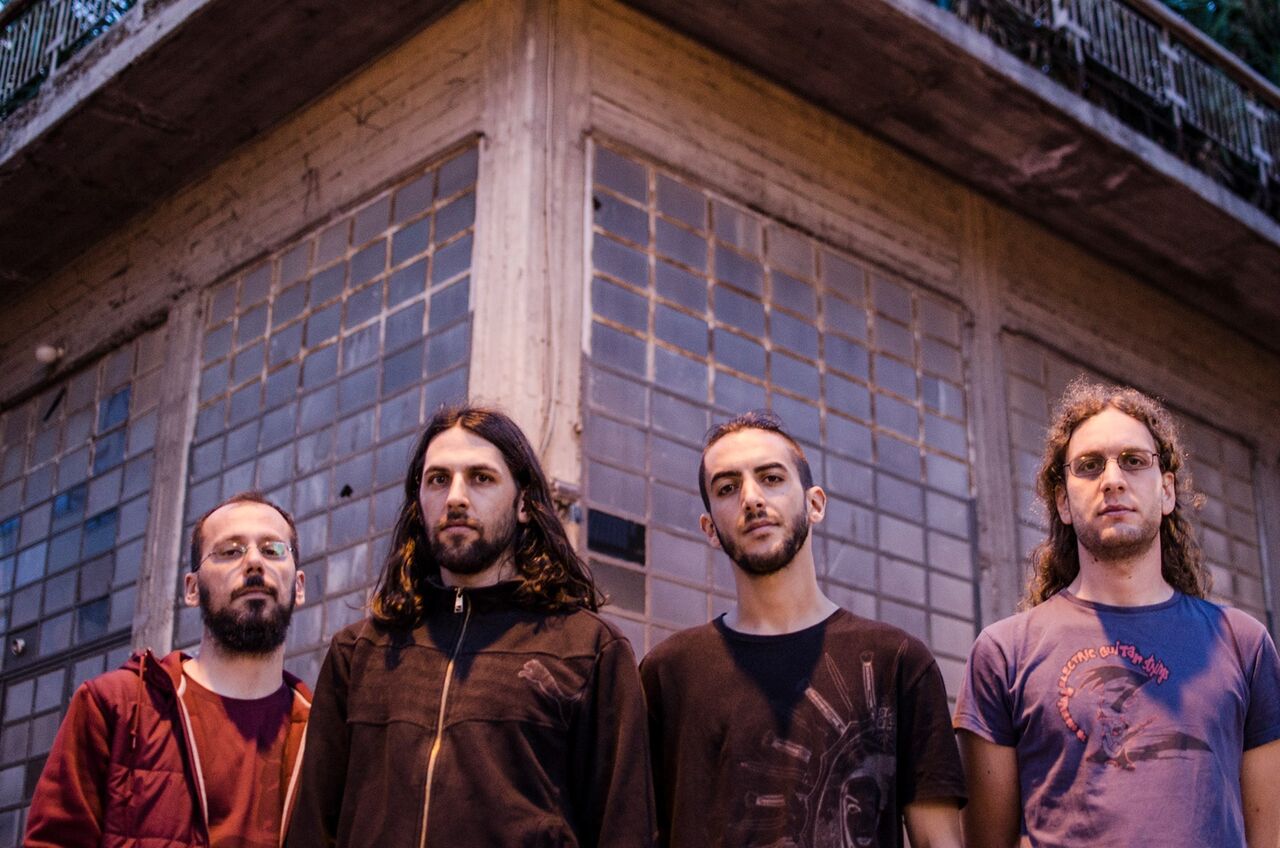 Raw In Sect are gearing up for the physical release of their new album Kitro (July 6). We wanted to find out more about the Greek quartet, who’s folk meets heavy has intrigued and captivated audiences all over Europe, so we asked the band to take on our A-Z challenge!

Probably “Shine On You Crazy Diamond” from Pink Floyd.

Hotel with swimming pool and driver. Then great food and great drinks. That was in Cyprus!

The most crazy moments happened when we did a 70 day European tour with a camper in DIY style. Wouldn’t know where to begin…

“An old blade shines through the abyss”

Everything from our last record really. This record was writing itself and that was an amazing experience. It felt at some point that we were spectators.

A song called “Gramma” would definitely be one as it starts being atmospheric and slow and has all these crazy Balkan licks in the end with full speed. “Lycanthropy” and “Parapono” are nice too because of the emotion involved. “Phrygia” is also cool where we get to jam on Ancient Greek modes live.

We never really thought of that. Thom Yorke would probably do something amazing.

The emotional range of an artist can be a huge burden. Having to face the real world at the same time is dangerous and in many cases deadly. In two words: Constant struggle. People from bands reading this interview will know exactly what we are talking about.

Interesting face about one of your members?

Dimitris – the drummer – has an eccentric aura around him, his face too.

We must have some sort of brain damage to be doing this. It’s not really a joke but we get to laugh a lot around it.

We do long distances all the time while on tour. Probably going from Norway straight to Berlin or from Belgrade to Athens then Istanbul. Don’t recommend that to anyone.

His name is “Psarantonis“, a Greek musician playing Cretan music. Check him out!

Dogma from Armenia are a very interesting band. Give them a chance.

The Mars Volta. It would be a crazy metal/progressive/ethnic festival!

Jupiter! If that can’t happen while we live, we really want to tour Japan.

Kitro or Citron is a bitter and sour fruit that has a sweet ending. It represents all those things you need to accept in order to grow, it is painful but there is a reward if you do. Kitro is like a medicine where by accepting the sourness and bitterness of yourself and others, you heal your soul. It sounds like we are trying to convert you into something but it actually works.

We will definitely announce a European tour soon that will have several UK dates. London, Manchester, Birmingham, Nuneaton are among the cities we always visit so we can’t wait to meet with our friends and fans there. Keep an eye out! Can’t wait to show what we are up to on English ground.

Not really. There is always great music happening below the surface but it takes time to discover it. We still keep discovering artists from the 80’s that weren’t big back then but are now, let alone the 90’s and 00’s. Maybe fame and talent were more in tune in the old days but that doesn’t mean great music isn’t happening right now. It is happening, it will just take years to become iconic.

We will start selling some Greek foods and beverages at some point that are related to our latest album. For instance there is a drink called Kitro out of the fruit’s leaves which tastes great. It’s made in Naxos, a Greek island where Kostas – singer/guitar – comes from. You can easily drink a bottle without noticing it. Then you all know about Greek food. There is a lot more to this than just selling merchandise, it’s about letting the people know that there are other ways of enjoying a show or having fun in general.

The nature of our songs makes them sound good in all sorts of variations so we do it already and we do it a lot. And for the record, it was an English man – our producer Peter Dowsett – who pushed us towards that. We generally like to orchestrate the songs with traditional instruments and combine them with the wonders of technology. Then you can play a small intimate acoustic show or you can do a theater concert with many musicians sharing the stage. We have started putting some small videos out on our socials to offer a taste of that.

We are putting a lot of energy into what we do. That energy goes into making things and those things go to the fans. When the fans return that energy back, you feel regenerated to give more and more. It’s an amazing feeling to see our music cycle through our hearts to our fans’ hearts and back. This is why live shows are so important, the more people go to them the more chances you have to discover something great.

Our fault! There is always the traffic, the exhaustion, the lack of sleep and a ton of other unexpected things that make you late of course. At the end of the day though, you have to decide: Are you responsible for what happens to you? We like to believe that we are even though it’s not true.

Cockroaches! Even when the world stops, Raw In Sect will survive.
Check out the band’s latest single Arena below;