Ralph of London take on the A-Z challenge

Our A-Z challenge is a fun way to get to know the many bands and artists out there. Here its the turn of Ralph of London to tell us all about themselves. 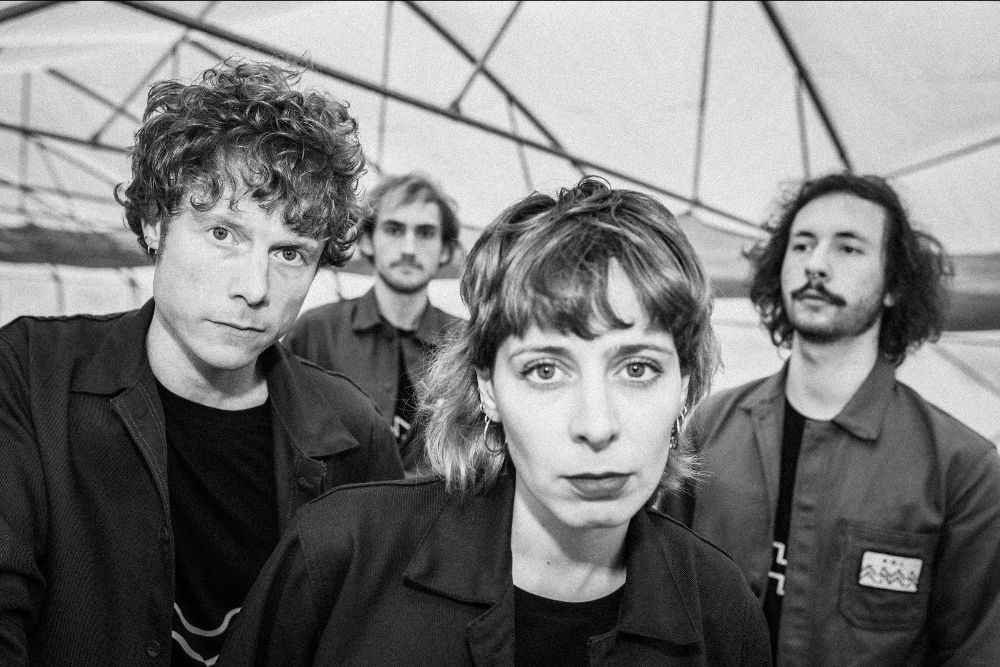 My earlier memories of wanting to be a pop star was listening to Billy Idol in my living room as a toddler. Except, in my nascent mind my imagination inserted Lion-O from Thundercats as the lead singer. So there I was wielding an imaginary sword while singing along to White Wedding.

We played a festival in a city called Charleville-Mézières, the birthplace of Arthur Rimbaud, and in hospitality we had a giant – literally the guy was enormous – serving us big vegan meatballs. Not bad. Our drummer was convinced this guy had learned his recipe as prison chef owing to the tattoos and scars covering his huge forearms.

Our keyboardist Leopold once got us all kicked out of a bar very late at night for requesting ‘Ob-La-Di, Ob-La-Da’ on the sound system. I think the bar staff were at the end of a very long shift and this was just the last straw. In fact if it wasn’t for a tactful interjection on my part it would have surely come to blows. I remember dragging Leopold out of there by the scruff of his neck as the final chorus with McCartney’s doubled vocals drowned out the shouts of contempt.

The lyric “You’ll never be a fake when you’re beautified through pain” from ‘Rose Of Shame’ is quite a nice one.

There is a song from our first LP called ‘Shikotsu-ko Blue’. This was one of those mythical experiences where a song just leaps out of you and your reflexes struggle to print the idea fast enough.

The song ‘A Song For The Gamekeeper’ is one of our oldest but one of our most fun. There are little guitar solos, African chorus harmonies, hand claps, and some great synth lines. We often ruin it completely with mistakes, but this just makes it more amusing.

Kathy Burke. Her Islington tongue is inimitable. And no doubt her humour wouldn’t be wasted on us.

Our drummer François works in a lab studying the ‘discursive theory for naming and classifying surface phenomena’.

Most of our jokes are far too crude to be reiterated here. But we do have a pretty effective system in place in rehearsals. Each session one of the band is designated pen master for marking up a score board for any bad jokes that surface. At the end of rehearsal the score is counted and the person with the highest score has to buy a bottle for the band. We actually have a wine cellar next to the studio that is turning into quite a vast collection. Obviously Diane has been the least contributor to this, her humour is very fresh.

From Lille to London. This has been our back and forth since the beginning of the project. The channel crossing makes it feel further than it actually is. But we’ll travel anywhere to play, Madagascar, Easter Island, The Moon.

We went to see Seaford Mods in Bristol a few months back. I think the pandemic was a historical chasm for culture, from which point on most of us had to start again or seriously rethink our approach to our work. Seeing the way Jason and Andrew performed was like an intravenous shot of enthusiasm. It just cleaned the slate and made so much seem possible.

Silence is the fountain of life within a heart of darkness.

Our EP ‘Yellow Sky Highway’ is intended as an introduction to our full length LP to follow. Both works are conceptualised around the dystopian future we are creating for society from our inability to deal with our collective waste. The Yellow Sky Highway is in fact a ring of space waste currently orbiting the earth, which lights up the night sky like a nefarious milky way. Ralph Of London have designed an online web game in which you can help to clear up this ring of waste and win a free download of our music as a reward. www.ralphoflondon/game

Not at all. It all depends where you are standing at any given time. At the moment there seems to be a lack of grass roots music movements happening in towns and cities. This doesn’t mean that great music isn’t being made in these places, it just isn’t getting recognised by any ‘scene’. I believe it all depends how hungry people are for this kind of cultural movement. We have been jaded as a society by the obsession with the pop idol, the superstar, the prodigal son etc. When what we really need and enjoy experiencing is creativity flourishing from a pure place, as a form of political idealism, resistance, catharsis, anarchy and so on. It just has to feel real and immediate without the clutter of being overly marketed. People aren’t stupid despite what the cultural industries would have us believe. Great stuff is happening right now, but it’s a case of how much people really value the culture of music if any of it comes to the surface.

We sell organic French garlic at our merch stand. There is nothing like it. Aside from being indispensable to any pantry, we offer it as an immunity booster to avoid getting sick at shows.

I would like to see a Kabuki version of ‘Flowers Of Edo’. All the brilliance of the costumes and the acrobatics to emphasise the plot.

They are our community really. Playing live has no purpose without them.

At one of our gigs François found a pogo stick in a cleaning cupboard. Diane thought it would be a great idea to give it a try on the solid concrete floor of the venue, with her boots on. I watched on in horror as the inevitable happened. The x-ray showed no breakages, luckily. However she had to use her butt to get down the stairs for almost two weeks.

Mine. I have been shooting Super 8 since my early teens. Travelling through France I see crazy stuff on the road that compels me to stop the vehicle and grab a few frames. This inevitably adds an hour onto every journey.