Our A-Z is a fun way to get to know new artists. Here it is the turn of Quiet Lions. 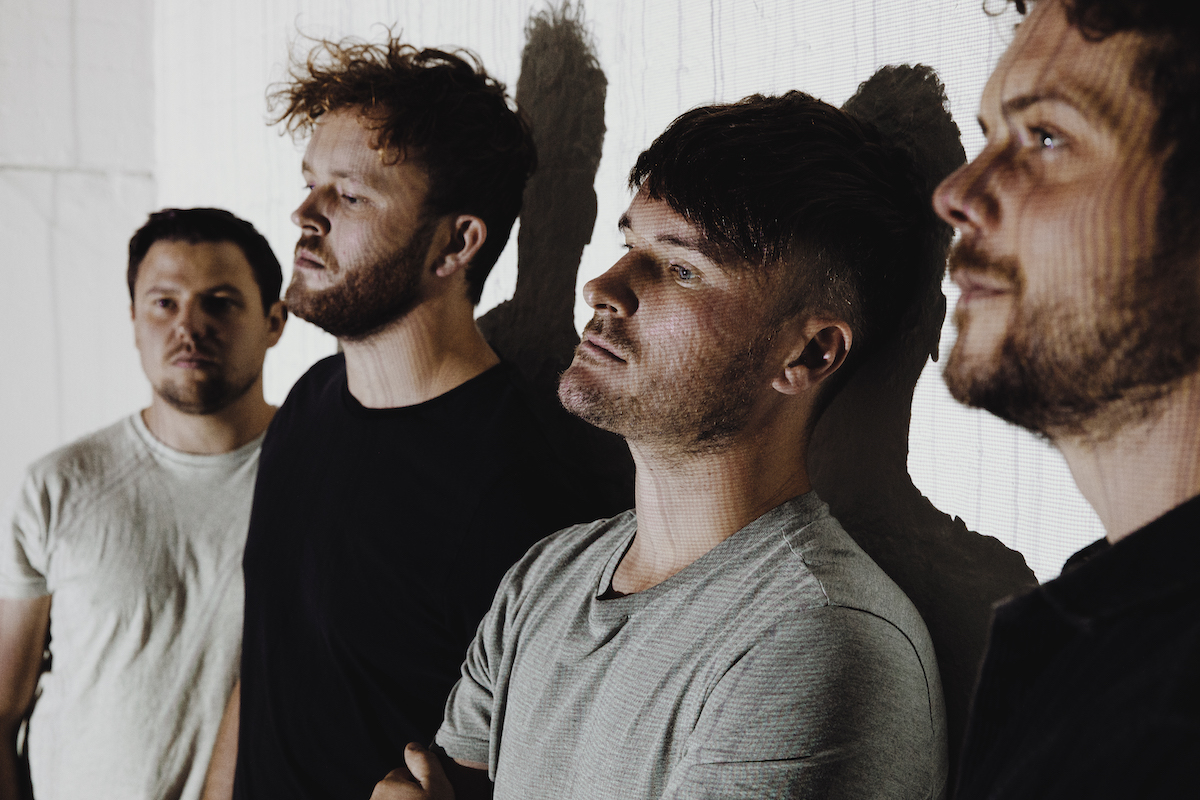 Grace by Jeff Buckley. First time I heard that I just couldn’t believe what I was hearing – his voice and use of chord inversions have stuck with me ever since.

Also ‘Women Who Love Men Who Love Drugs’ by Oceansize changed the way I thought guitars should sound – the 3 clean guitars move between each other effortlessly and in my opinion,  there’s been nothing quite like that band since

The West End Centre in Aldershot is always great – they treat bands really well.. plus, they serve up great pizza

Probably have to be the most ‘stir-craziest moment’.. and that would be over our two writing weekends last year. We visited Nice Weather For Airstrikes Studios over two long weekends and wrote our entire album there – think we went a bit stir crazy in each other’s company… however the results we’re great! We plan to head back in towards the end of the year

Deepest lyrics one of your song’s features?

This would be a new track called ‘Youth In Question’ that features on our upcoming album that’s about suicide. I wrote it about someone who was goaded in to jumping off a building by people filming on their camera phones. The story made my skin crawl.

Weirdly, the same song ’Youth In Question’- our drummer Oli actually wrote the majority of the music for that one. We took the idea into rehearsals and it came together fully formed. I had the lyrics prior and tailored them to the track and we’re happy with how it turned out.

At the moment I’m really enjoying playing tracks from our upcoming album… however ‘Stronger Than Before’ (a single of ours from a few years ago) has always been fun to play. It’s nice and atmospheric and builds to an epic crescendo – it has been a mainstay of our set for the past few years and that’s probably why.

Tough one this but it’d probably have to be either Jamie Lenman or Mike Vennart – two big heroes of mine!

This is going to be the least rock and roll answer ever… but the hardest thing is balancing it with our real jobs. We used to be in bands full time but unfortunately that’s no longer an option anymore

I’m not sure this is in anyway interesting… but it’s a little-known fact that I am a Welsh Geordie that grew up in the South of England – which is ultimately very confusing and probably not very interesting.

The four of us are great friends… and there are A LOT of in jokes between the four of us. There isn’t a specific one that comes to mind though at the moment

Time is super important as is patience – it can be a delicate balance. In my opinion the more time you can devote to the creative process the better the outcome… however patience is important particularly when it comes to finishing ideas. Another key consideration is being willing to accept criticism and allowing for changes – try not to be too precious!

We are a relatively new band and have only really toured once – so it’s a bit embarrassing to say.. but the furthest we travelled is Manchester / Liverpool (UK). Our previous bands have toured Europe and further afield something we hope to do later this year.

There’s quite a few.. but I saw Colin Stetson recently who was incredible. He’s a virtuoso saxophonist who circular breathes whilst singing overtones through a neck mic attached to his throat – totally bonkers

Thrice would be the one.. been a big fan since “Artist In The Ambulance” days and they continue to evolve their sound whilst writing great music

I’m struggling not to quote David Brent (The Office) here.. but instead I think I’ll share some beautiful wordsmithery from my real-life hero Nick Cave – “grief is the terrible reminder of the depths of our love, and like love, grief is non-negotiable”

Our debut album ‘Absenteeism’ is out on Lonely Voyage Records on June 14th. The album deals with themes of dissociation and loss of self with particular focus around the effects of social media. Absenteeism felt like the perfect word to describe an absence from ‘reality’

If it wasn’t for The Beatles than modern music would be very different to how it is now – yet, the breadth of music genres’ nowadays is extraordinary. There truly is something for everyone and the digital age has made the discovery process much easier, albeit at the detriment of record sales…..

We don’t sell any unusual merch items in our band camp store or at shows.. however at home I do have a 4 piece jigsaw coaster set of our first EP artwork. Get in touch if you’d like us to do a limited run – it could be perfect home office accessory of 2019

We recently played an acoustic show with Press To MECO and we really enjoyed stripping things back for that. There are talks in the works about potential recording alternate versions of some of the new tracks later in the year so eyes peeled!

It’s an amazing feeling to know that the music you’ve created resonates with people – it still baffles me really, the response to the new album tracks has been amazing! We hope we can reach more people with the record this year

Nothing at the moment that I know of..thankfully! Although at a wedding a few of us attended recently our guitarist Luke broken his finger playing Papa Roach’s Last Resort on an acoustic guitar – does that count?

It’s almost certainly someone else’s… or it could be ours – we’ll judge each case on it’s own merit!