Our A-Z challenge is a fun way to get to know acts. This time, its the turn of Project Revise to take on the challenge. 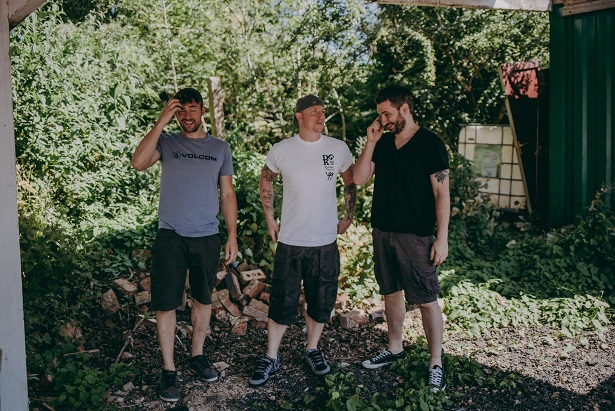 “Kiss The Girl” from The Little Mermaid

Tap water. Free of charge from the bar at every gig. It’s a God send!

Traveling 100 miles to a really important show, to realise we forgot half of the drum kit. We reckon Dave must have been pretty drunk still from the night before!

“There’s not a thing that can save us”. This could be interpreted at many levels, but it’s definitely one of our “deepest” lyrics.

Every Time Breaks. We’ve all loved that song since the day it all came together!

Having to deal with the pressure of fame. Only joking! I guess it would be trying to juggle the band with other things we have going on. This isn’t the only musical project we have going on between us, either.

As you can tell from our answers so far, we’re a very serious band – joking’s not for us!

I would walk 500 miles, just to be the band that walked a thousand miles to play where we haven’t before…in all seriousness, London is the furthest we’ve gone so far. But we’d love to go further afield ASAP!

Every single person we’ve seen get up on stage and perform, inspires us in some way.

Time of The Mouth and Insomniacs. Both local bands on the scene, and blooming awesome! We would also recommend Sick Pins – a new ska punk band we played with not long ago!

Goldfinger…or Sum 41….oh wait New Found Glory. We love a lot of bands from this era!

Absolute laziness, in a nutshell.

Not particularly – we’re believers that all music at any point in time means something to somebody! Perhaps a few more people used to randomly show up at local shows though!

We’d like to do our entire E.P on the kazoo.And then sped up times 5. I think I may have to give that a go soon, you know *haha*!

They mean the world to us – and then some! They make everything we do so worth it.

If Dave ain’t wearing a plaster by the end of a show, then he ain’t working hard enough!

A hyena. Anyone who has seen us live would expect this answer to be a giraffe, but that would just be rather silly now, wouldn’t it?!