Australian soul punks Polish Club are gearing up for the release of debut album Alright Already on August 10. We asked the duo to tell us more about themselves by taking on our A-Z challenge! A song that made you want to make music? It took me a little while to actually feel like I could […] 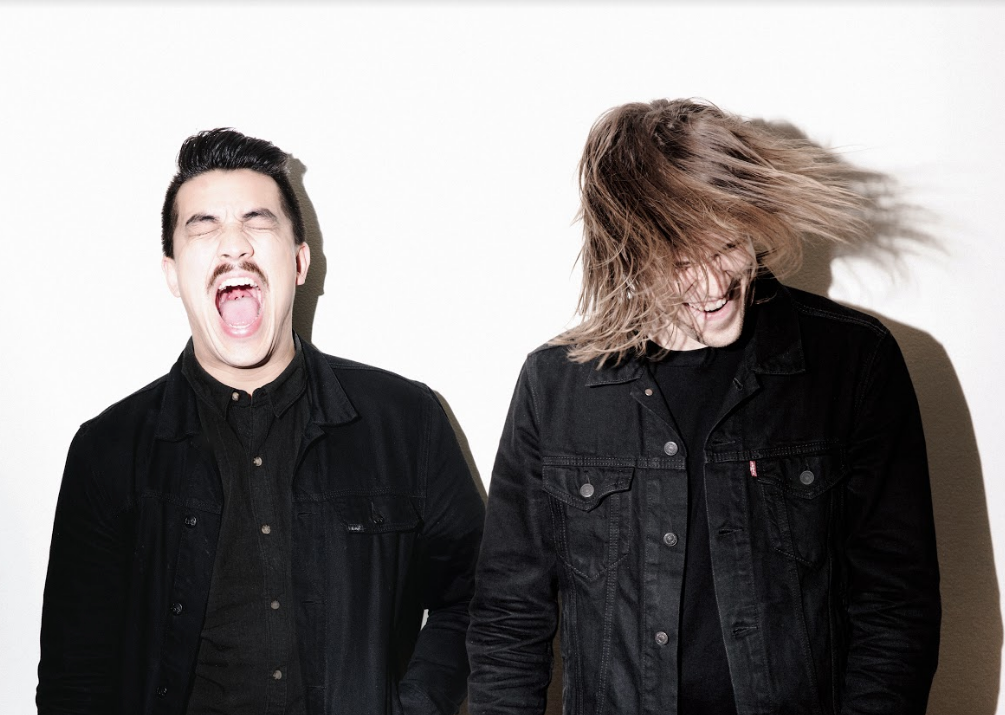 Australian soul punks Polish Club are gearing up for the release of debut album Alright Already on August 10. We asked the duo to tell us more about themselves by taking on our A-Z challenge!

It took me a little while to actually feel like I could write songs, release them and really believe that people would want to listen. The songs I adore and listen to didn’t really help in that respect. While they’re inspirational creatively, they actually had the opposite effect in getting me off my arse to go and do it myself. It’s more the half-baked, half-arsed songs that do end up getting on the radio that actually spurred me to go and do it. There’s no greater power than hearing a shit song and going “you know what, I can do that better”. There is too much hot garbage to mention, but let’s say, um Imagine Dragon’s “Radioactive”. Oof.

Being a two-piece, we don’t ask for too much. A bit of booze, some nutritious muesli bars and bananas, etc. It’s alcohol and potassium essentially. But when you’re a band starting out, you tend to get given a couple of six-packs of beer made in Mauritius or something. So when we finally got to play a proper festival in a proper slot, we actually got what we asked for. I tend to drink scotch, while JH drinks beer, and the only way to do so is ask for a bottle of scotch. So the first time I got a personal bottle of scotch was pretty special for me.

I mean this is relatively NSFW, so apologies, but it’s not my fault… We were supporting someone in Canberra one night at the Uni, so most of the crowd were there to see the main act. However, there were two legends who came in their own homemade Polish Club shirts. One said “Polish” and the other said “Club”. We were pretty stoked with that, but the dudes were pretty tanked by the time we had finished our set. We were sitting near the bar and the two dudes were ordering drinks. While they waited, one of them, not sure if it was “Polish” or “Club”, turned around, shouted JH’s name and pop out his meat and two veg. He then casually went back to his drink. We have since started making legit PC shirts and haven’t been flashed by DIY Polish Club merch blokes since.

I’m quite partial to “So tell me you’ll give what I need. I’m sick of this song. Cuz I know what I need. So don’t fuck me over.” People seem to like the lyrics to Divided too. Choice cuts like “Oh this place, this is fine, love. Oh my love you are kidding yourself. Don’t forget your name. Don’t waste what’s inside you. Cuz I will never leave again.”

Two of the first songs we wrote, “Able” and “Beeping”, were written pretty much in one session. There was hardly any revision in them and they’ve gone on to be two of our biggest crowd pleasers to date. That was probably the moment we truly figured out what PC was going to sound like, a point that we knew was true as it came so easily.

Personally I really enjoy playing “Divided”, a slow jam love song. It’s the point where everyone in the crowd gives this level of undivided attention that is pretty amazing to see. It all culminates in a little extended a capella singalong, which I’m a sucker for.

I’d say Michael McDonald, but Thundercat has beaten us to that, and absolutely smashed it in the process. So I’ll say Teddy Riley, father of New Jack Swing and all of my favourite 90s R&B hits.

Sounding like a total wanker when insisting that there is most often no money in it and that most of your time is spent on social media and doing admin.

Both JH and I have Polish parents, both of his and my father. My mother is Filipino and I grew up in Belgium.

Um. Knock knock.
Who’s there?
Me, Novak from Polish Club. I don’t know any legit jokes, but come to our gig in London. I’ll show you my Bane voice and Scottish accent. They’re fucking flawless.

Actually writing it and letting it go. Not dwelling on whether or not it’s perfect. Just write something and move on. Record it and release it when you can. Just go do it. It’s painfully simple.

We recently played our first US shows. I mean that was a solid 20 hours on a plane. You’ll be happy to know that we’ll break that record with our debut London shows, which will clock in at about a 24+ hour trip. Australia’s also pretty damn big. Every time we play a Perth show, it’s a 5 hour flight.

In a most literal sense, my mother, who was in a show tunes band in the Philippines back in the day.

There’s a couple of hot new cats from Sydney that go by Polish Club that are alright. Apart from that, I leave JH to do all the new music listening. I’m still stuck discovering shit that was cool 20 years ago. Though I am enjoying Leon Bridges’ new LP and the new Kamasi Washington one. They’re not new though. Check out These New South Whales from Sydney, they’re awesome and hilarious.

My favourite band is The Strokes so I can’t go past them.

This isn’t fair because it’s probably England. Having grown up just across the channel, it’s always been a bastion of cool music since I was a kid.

“Alright Already” was a title cooked up by JH. We aren’t ones to stand on ceremony and we are so keen to write and release as much music as logically can. So that makes it pretty funny that it’s taken us so long to get this LP out internationally. I guess that title has never been more relevant for us. Let’s just do it already. Alright?

I can guarantee you that someone has stopped reading this ages ago because I slagged off Imagine Dragons. So there’s no point in that argument from my perspective. We still have music, we always will, and it’ll always be fun. It’s irrelevant whether or not it’s “better” now or then. We’re doing it now, so let’s have the most fun we can eh.

JH has an almost fetishistic level of enthusiasm for making the weirdest, DIY setlists we can make. We tend to use something local or unique to a certain show. We’ve written them on bags of coffee in Melbourne (bloody coffee snobs) and recently wrote each different song on a separate muesli bar, which we gave away to the crowd after each song. My favourite was when we wrote it on a dodgy bag of sugar in Perth. It started to leak and JH ended up just chucking it into the crowd.

We’re currently preparing for a couple of shows here in Aus with a 5-piece horn section. That’s a real bucket list thing we’ve managed to make happen. It’s costing us a fortune but the songs sound amazing with that much brass. One day I’m sure we’ll get a string section in on the fun.

We call our most passionate fans ‘frothers’ because they amazingly froth at everything we throw at them, which in turns makes us want to do as much as we can for them. It’s basically the whole reason you start a band. I don’t think music really exists unless you share it with people.

Just bloody knuckles and sweaty butts. I’d like to do what they do to formula 1 drivers after each race and weigh us before and after to see how much water waste we’ve lost.

Which animal sleeps the most, is super grumpy but still cute? That one.