Our A-Z challenge is a fun way to get to know the many bands and artists out there. Here its the turn of Euan Purves, frontman of Scottish rockers Pleasure Heads to tell us all about the band. 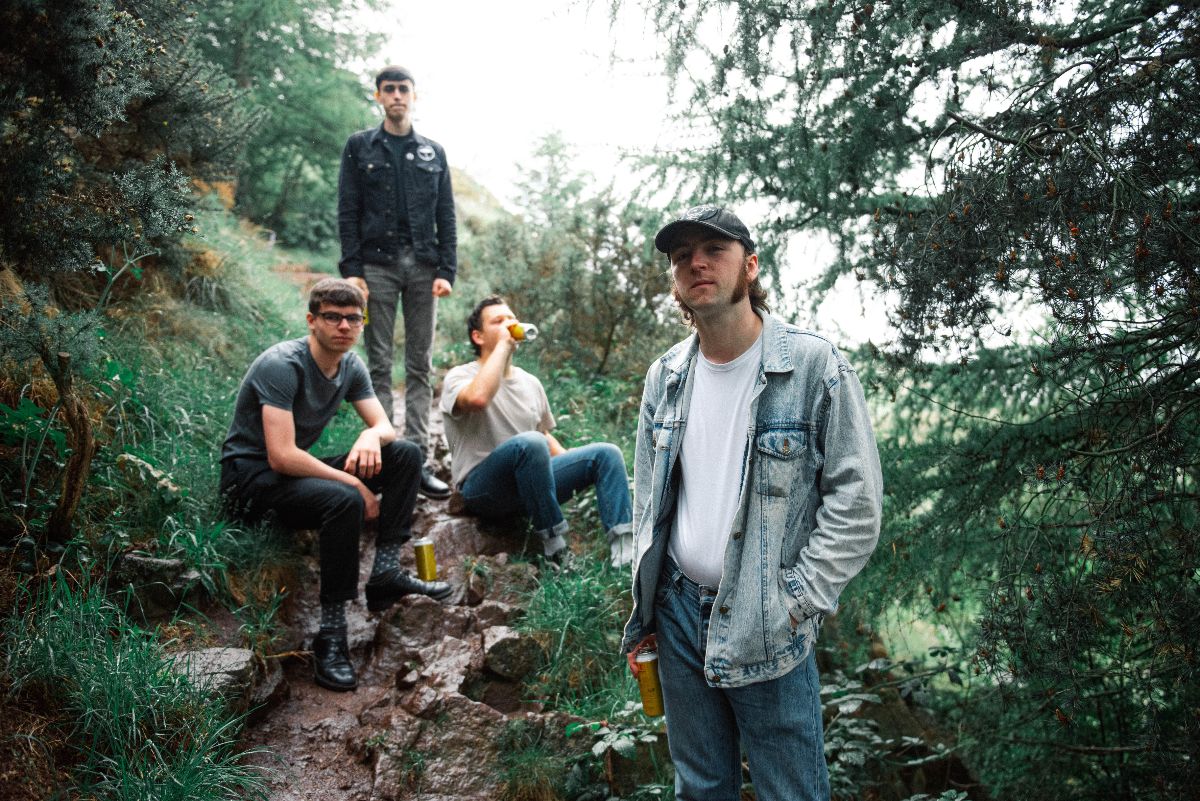 My first live experience was watching this band tear up The Liquid Room back in 2013. Their no nonsense garage rock and energetic performance has had a huge influence on our sound.

When we played The Hug and Pint at the start of the year, the venue offered us some top quality vegan scran. Usually though, a crate of lager is enough to keep us smiling.

The hotel we stayed in Manchester last year was definitely one to remember for all the wrong reasons. I thought it was a bargain until we arrived and witnessed first hand what was essentially a crack den. There weren’t even locks on the door; we just had to pile up all of our gear to barricade ourselves in.

“Everyone loves a good fucking catchphrase”

I remember Middle Man coming together pretty quickly. It’s a simple song written about one of our favourite pastimes, yet that simplicity makes it still one of our most popular tunes.

At the minute, it would have to be War & Orange Juice. I love the intensity of the track, all jagged guitar and driving bass, and lyrically I think it really sums up the apathetic times we’re living in.

JME writes some of the best lines in the business, so I think a collab with him would make for a weirdly wonderful crossover.

Not immediately spending the money from gigs at the bar.

Alan, our bassist, is actually deaf in one ear; it’s just as well he can feel the groove.

We love a good pun, the more low-brow and corny the better. One of favourite proper jokes would be:

What do you call a garden gnome covered in cement?       A wee hard guy.

Go with your gut. If it sounds good to you, don’t ruin it with overcomplication.

Nick Cave has always been a massive inspiration to me as a songwriter. His dark humour and storytelling prowess really highlights how far you can push the medium.

One of our mates has started a folk punk band recently that plays music unlike any other band in Scotland right now. They’re called Brògeal and are well worth checking out.

Opening for this and would be ideal?

Like most people our age, Arctic Monkeys were the first band I properly got into, so to share a stage with them would be a dream come true.

Canada would definitely be up there. Some of my favourite acts originate from the country, which suggests they have an appreciation for good music. I hear the landscape is beautiful and the people are far more tolerant than their southern neighbours.

In his study Free Speech: Ten Principles for a Connected World, Timothy Garton Ash uses the word “cosmopolis” to describe the way that Earth now functions much like a huge interconnected city and we thought the term really fit with the message of the track.

We have a Glasgow date booked for the not too distant future, but it’s still to be confirmed.

I think the limitations of the past helped create some amazing records, however the sheer volume and variation of music that we have access to  nowadays means there’s never been a better time to be a music fan.

We don’t have anything too radical at the moment, but maybe Ross will sign a pair of his signature glasses for the memorabilia collectors out there in the future.

Using a synthesizer, we made an 8-bit version of Middle Man earlier in the year and we’re considering doing the same with our whole discography. Soundtracking an arcade game would be actually be sick.

Nothing too drastic, maybe the odd slashed finger on guitar strings. Our instruments usually take most of the damage when we’re playing.

To be perfectly honest, we’re all as bad as each other. I’m sometimes surprised we’re even organised enough to make it to the show at all.

Probably some type of monkey; we’re energetic, often like to goof around, and are never too far from throwing shit at each other.