Perfectparachutepicture take on the A-Z challenge

Our A-Z challenge is a fun way to get to know the many bands and artists out there. Here its the turn of Perfectparachutepicture to tell us all about themselves by taking on the challenge! 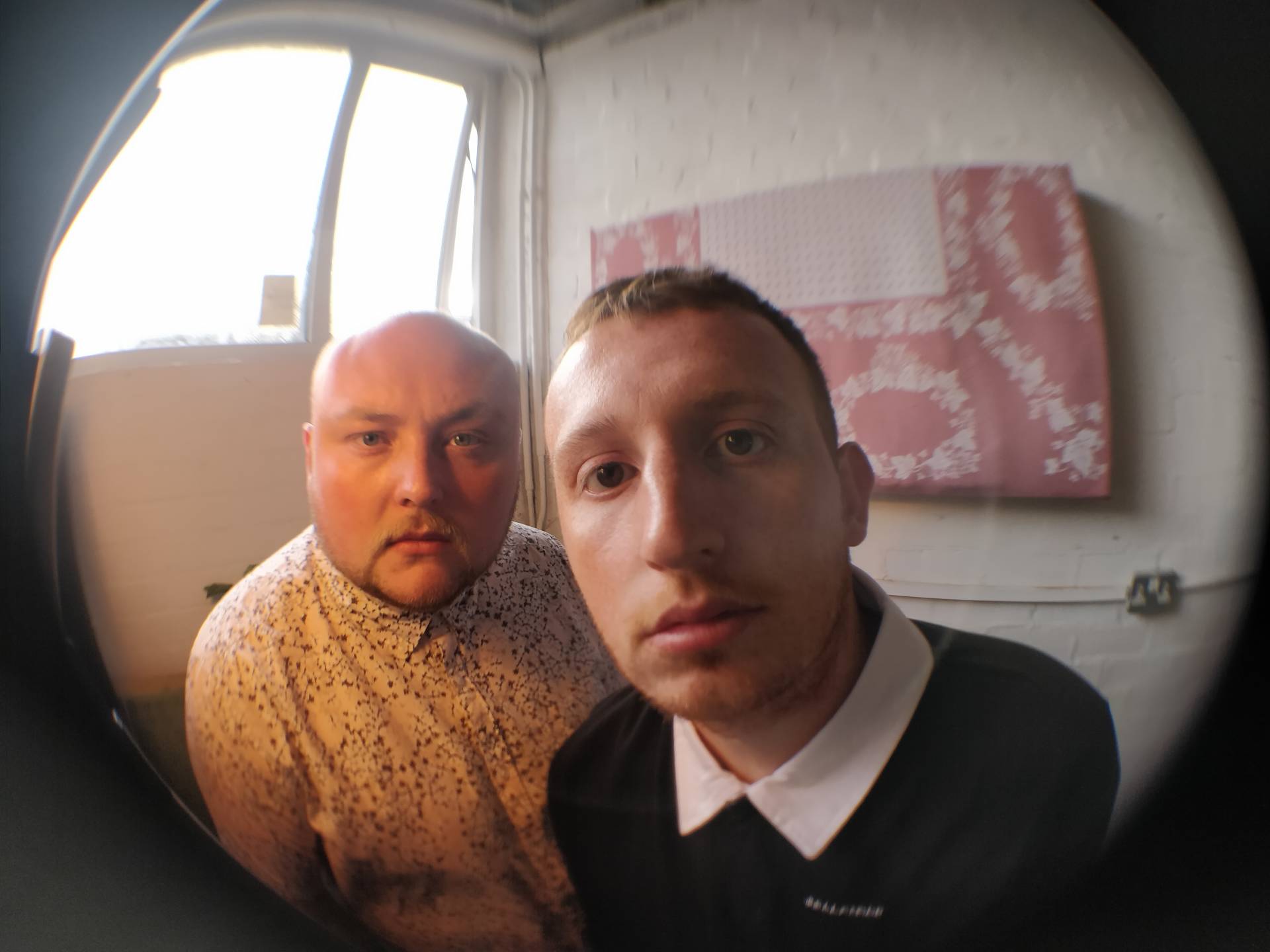 Ed – The opening riff to Turbowolf’s early single ‘A Rose For The Crows’ is epic on all levels and when I first heard it, I was just in awe. I wanted to be the one who wrote that riff, and the spurred me on to write the riffy basslines I write today.

Kyle – Back in Black by AC/DC will always be a favourite of mine and was one of the first songs I learnt to play on drums.

We once played a ‘festival’ in a field outside of Chesterfield, which turned out to be a battle re-enactment tournament. You ever seen Role Models? Yeah, like that. Long story short, our set got pulled half way through the second song and we were chased off by a guy carrying a wooden sword.

Our lyrics have a lot of meaning to us, but we love them to find personal meaning to others. Our most recent single ‘They Only Want’ has a line with a short snippet, “Those memories won’t make you cry.” And from the reviews and fans feedback we’ve had from this track, this line seems to evoke a lot of personal emotion because it takes you, as a listener, back to a time where maybe you’ve been unhappy or had a bad experience, and yeah, it might not make you emotional in the present, but it’s still there, and it’s there to look back on as something that’s hopefully made you a stronger person.

During the lockdown period, we’ve been so on it with our songwriting and we’ve had some of the most creative times that we’ve ever had as a band. Our new material including the track we released in May, ‘They Only Want’, and our unreleased material including ‘Working Machine’, out at the end of August, has all been part of a really relaxed and enjoyable songwriting process. So, in a way, these songs could be seen as the easiest we’ve ever written.

Kyle – I really enjoy playing Faces, it’s an older song of ours and one of the first songs written in the run up to our recent album. It didn’t make the cut for the album track listing, however it’s a fun one to play live and it’s nice and bouncy.

Ed – Since we started to play They Only Want live, it’s become a real favourite of mine. The crescendo of the breakdown into the final chorus really brings a great vibe out of the crowd. It feels like a really enthralling track to play live.

There’s many names that could make this list. Paul Chuckle, if you’re reading this, what you did with Tinchy Stryder was magic. If you’re free on Friday mate, d’ya fancy it?

Keeping up the buzz, and following up on music that you’re proud of. When the next track comes around however, the pride in the product that we’re creating is amazing.

Kyle once at 11 full meals in a Taybarns buffet.

Kyle put Taybarns out of business.

Kyle – Ed writes a riff, we come back to it at the next practice, I hum a melody, Ed writes more solid riffs and we collab on lyrics. Ta, da.

We’re still yet to play away from the UK as a band, so Southampton is the furthest we’ve travelled. But we normally go via every wrong route, so we may as well be playing in the south of France by the time we get to the venue!

Joe Talbot from Idles is a real inspiration for both of us at the moment having seen IDLES live a few times now. A guy whose life experiences and views are at the heart of his music. If everyone had his philosophy, our world would be a much happier and tolerant place.

Bath Tub are a pair of alt rockers from Stoke that we really dig at the moment. They kind of share our ethos in the genre of music that we sit in and it’s great to see more two piece bands springing up.

A personal favourite band of ours are Biffy Clyro, to play the same stage as those beautiful Scottish angels would be a dream come true.

We’d love to experience a tour across Europe, travelling through the various countries and seeing the sites, as well as playing every night of course!

Never give up, keep working towards your goals, and set new goals when you reach them. Life can be hard sometimes, but the little victories make it all worth it.

‘Working Machine’ is the name of our forthcoming release. The track itself is a sucker punch to the senses. It’s a song about being bogged down somewhere that you don’t want to be, and subsequently freeing yourself from that place with a newfound confidence that you never knew you had. It’s a reminder to keep moving, working, and pushing for more. We think the name is apt!

Kyle – I think because music is constantly progressing, it’s hard to say that something old is better than something new.

Ed – There are probably a lot more bands nowadays that should be headlining Wembley, but never make it out of the local pub. Which is quite sad.

A tattooed Mrs Doubtfire throwing ‘the finger’ on t-shirts.

Different variations of our tracks is something we’ve never really thought of. We know the direction that we want to take our music. Maybe down the line we’ll try something new, but when it’s not broke, don’t fix it ey?

It’s a cliché, but when you’ve got people fully engaged and interested in what you’re up to, it really means the world and makes everything worth it.

No broken bones as of yet, we’re hard as nails!

Time keeping isn’t a specialty for either of us. We both like to take it in turns to wind the other up and make the band late. To be fair, we’re getting better… ish.

A Capybara, chubby and a little bit ginger. Not sure on their personality, but they definitely look like they’d get on with us.