One Morning Left take on the A-Z challenge!

Our A-Z challenge is a fun way to get to know the many bands and artists out there. Here its the turn of One Morning Left to tell us all about themselves (and their love for Tokyo) 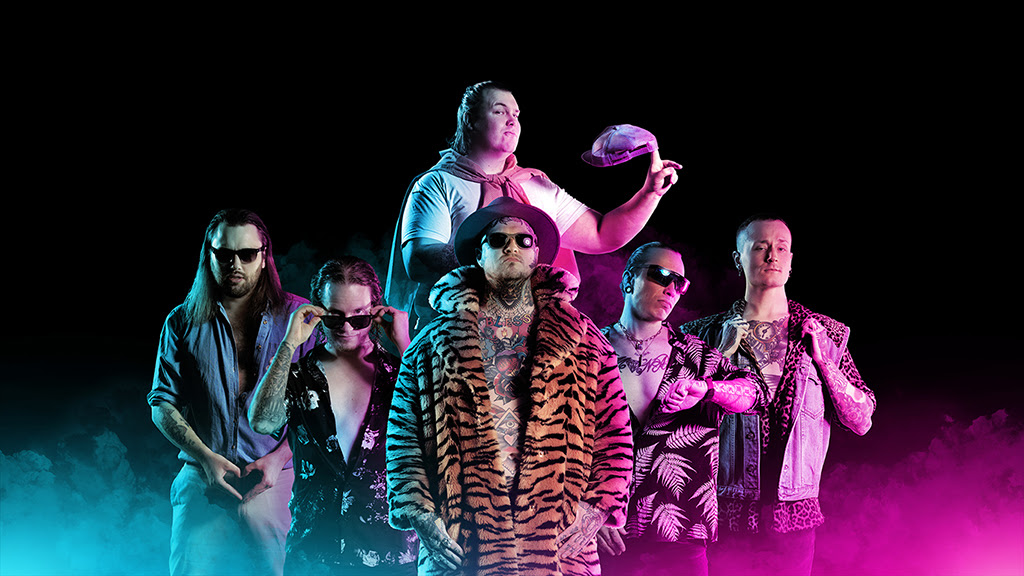 Not really a song made me want to start this journey but my dad: he played in bands and toured when I was a kid and I got see that life really close up. Watching and hanging out with him and his bands made me want to make music. He also showed me how to play old school stuff like Judas Priest, Iron Maiden, Metallica, KISS etc.

A functioning shower in a super-clean backstage in Holland, can’t remember the city. Harleem? Also the food was AMAZING.

Tokyo 2016. We were headlining the show and the local promoters/agency had an afterparty planned out for us. It was fucking wild! Can’t go into too much detail but this one dude bought few bottles of champagne, gave a long speech on a microphone in Japanese how he was honoured to be partying with us and started spraying the champagne on himself, inside his pants and everyone in there while screaming like a wild animal giving birth. It was mayhem.

‘Drowned God’ off our new album ‘HYPERACTIVE’: it’s about me being bullied as a kid and the violent power-fantasies I had.

Easiest songwriting process was either ‘Ruby Dragon’ or ‘CREATVRES’ off our new album. Both were created in one sitting.

‘Neon Highway’. A perfect blend of 80’s showmanship and huuuuge amount of energy while we play it!

Scheduling. We’re all adults living in different cities so it gets a bit hard sometimes.

Our keyboard player Touko was an original member when the band was formed back in 2008. He left for Goa to meditate for 10 years and came back to the band. The spot on the beach he meditated is considered a holy area now.

Everytime we released a new single from ‘HYPERACTIVE’ the same dude commented on all the videos “I miss Tomppa” who is the former clean vocalist of the band. And now it’s a joke.

Having instruments and recording equipment nearby at all times for sudden bursts of inspiration. Even humming on your phone works! Also try to break your boundaries: try something different! Only few things are perfect the moment they are created. Be kind to yourself. But also be consciously efficient.

Tokyo, Japan. We flew from Finland so the flight took forever! It was 100% worth it, two absolutely crazy shows!

My dad. When he plays guitar he has his whole heart in it. Truly inspiring and a privilege to have him as a father. Also hangin out with Andy McCoy (Hanoi Rocks) was inspiring!

Assemble The Chariots from Finland!

Japan. Fell in love with Tokyo the last time we were there!

You have a right to feel sexy, listen to us and you will!

Can’t go into too much detail but Europe; stay tuned!

Yes and no: I love 80’s music especially, it’s my favourite musical era of all. I love the heavy metal stuff and the pop stuff the same, but it has been done already: we aim to combine our love of the 80’s with our love for the modern metalcore.

Many! Our singer Miksu is the visionary behind all of the crazy stuff we have on sale, but by far my favourite unusual merch we have is the “black metal sloth” leggings for men.

I would love to update our older song ‘Heavy Metal Finland’ to our new sound! The song is a banger but it needs an 80’s synth makeover.

Everything. They are the ones that keeps us going. It’s been great getting new audience with our latest stuff!

Bandaging and painkillers. We are animals on stage.