One Eye Closed take on the A-Z challenge

Our A-Z challenge is a fun way to get to know the many bands and artists out there. Here it’s the turn of Japanese ‘mixture rock’ band One Eye Closed to tell us all about themselves! 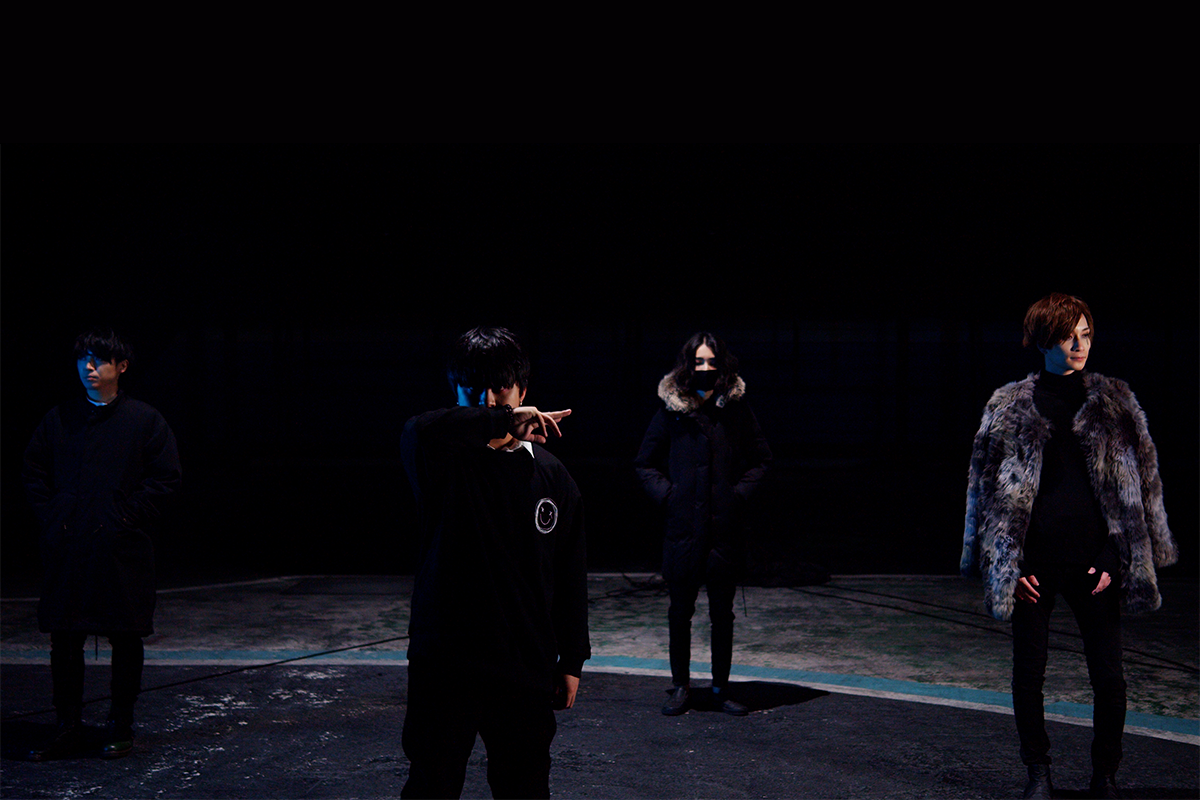 Rei: “Papercut” by Linkin Park – I was about 10 years old when I heard this, and this was the first song I heard from LP and it blew my mind how they mixed the genres they did. At that age, I wasn’t aware that you could mix genres. I just remember thinking “you can do that?!” and this really opened up a lot of doors for me musically.

None: “Yokan” by DIR EN GREY. The song was out for quite some time by the time I knew it, so no one around me was listening to it. But that catchy melody, chord progression, and lyrical concept really got me hooked. My guitar mentor was familiar with DIR EN GREY, and taught me about them a lot.

Yasu: I get inspiration when I listen to instrumentals. I used to listen to a lot of post-rock and jazz music, but recently I’ve been inspired by metal fusion, like Polyphia and INTERVALS. Polyphia‘s O.D. is inspiring due to the fascinating guitar riffs and synth work, the exquisite ensemble of the rhythm section, and its overall hip hop rhythm.

Kay: The Catalyst – Linkin Park. Because I like hybrid music like this song, which is a fusion of acoustic and digital. The first half of this song is a digital arrangement, but the second half has a vivid groove with a band sound.

REI: We’re not at the level to be having a rider, but we always eat out together before or after a show, usually ramen or yakiniku (Japanese barbecue)!

Kay: Being able to work with AJ Rebollo of ISSUES. Sometimes I still think we’re in a dream.

Rei: I’m not sure if it’s deep, but one of favourite lyrics is “Lack of a heart but persist to exist; art is my biggest assist.” from our song “Fixated“. Basically this means that I’ve been able to live life thanks to music.

None: Our latest song “Squall” is the easiest, at least if you’re talking about playing it on guitar.
The next recommendation is “Dynamite“, “FIRE” and “With How I Feel“.
If you want to cover as the band quickly, “Make Sure“, “Low” and “All of Us” are better.

Yasu: BLOOD RAIN. I like this song because it reflects the expressions I want to do on the bass in a well-balanced manner. And it wasn’t too difficult, so I enjoyed recording. Specifically, the chorus and intro incorporate the positive rhythms of samba, when the song is about a criminal who enjoys his crimes. The chorus is very exciting for me as it feels like we’re floating in air. And I wanted to express the repeating antisocial behaviour of the character by tapping on the bass frantically, like a person being frantically running from society. I like it because it’s a song that I enjoyed expressing a lot of emotions based on the concept on the bass.

Rei: Mike Shinoda. He’s my hero. Simply put, I grew up listening to Linkin Park and Fort Minor. This was my introduction to mixing genres like hip hop and rock. Also, Mike Shinoda, along with Joe Hahn, were Asian Americans just like me, and I didn’t see much of that in the US major music scene growing up. So they were definitely an inspiration to me as a musician and as an Asian American.

None: I’ll get back to you and let you know in the future.

Rei: I don’t know if this is interesting for readers, but we always bring Super Smash Bros. to the studio when we record.
None: You can see it on our social media in the future.
Yasu: Our overall behaviour changes depending on where we are. For example, when our personas on stage and off stage are extremely different, fans have noted.
Kay: REI. He grew up in California, but he is more familiar with J-POP/J-Rock music than any of us.

Rei: Most of them are too embarrassing to share, but I’ll share one particular experience that we’ll be forever known for by our fans. Before a certain episode of us doing an Instagram Live, we were always seen as a pretty intimidating band since we didn’t show our faces publicly much. But I was tired of hiding my face, so we decided to break the tension by using filters and a fan screen captured a photo of me with a bad fake moustache, None as a lemon, Yasu as Yoda, and Kay as the normal one. That image is now associated with us forever with our OG fans.

Rei: My key to writing a song is honesty. I want to write a message that I can relate to and completely understand in our songs.
None: Talking about this band, the inspiration comes from negative emotions and experiences totally.

Yasu: One Eye Closed has only played shows, but I once had the chance to play in Taiwan once. I was very excited to perform abroad for the first time. I want to do this with One Eye Closed, so we’re aiming to see the world. I have to do my best to study English before then…

Kay: Linkin Park. They are very exciting for me as they constantly evolved over time.

Yasu: Recently, I’m listening to a band that was active from 2010 to 2016. Last year, No Bragging Rights announced new music for the first time in a long time, but that was really cool.

Rei: If you’re talking about who might be ideal opening for us in a show, I’ll have to say any of our friend bands. We love to surround ourselves with friends. We’d be happy to also open for them in return.

None: Anywhere we haven’t been to yet.
We want to go to places where we have fans who often give us cheering comments, especially in Osaka, Ishikawa and Hokkaido etc…
Overseas, I would like to see the streets of Europe and the culture of Southeast Asia. Especially lately, Eastern European music has inspired me, so I’m looking forward to going there.

Rei: Simple: live your life. Ignore what other people think.
None: “Actions speak louder than words.”
Basiclly I think we need just action for telling about some thing, not speak a lot.
Processes and efforts are important, but not as important as the results.
I will continue to please the fans with the results of “good songs,” “good videos,” and “good designs.”
Yasu: Only those who are trying to be can be who they want to be
Kay: So many men, so many minds.

Rei: It all came from the image of a snowstorm behind none’s songwriting. As much as I love Final Fantasy, it was not an intentional reference. If we can be in a Square Enix game, I’ll happily change my answer!

Yasu: From a technical point of view, it seems that the number of high-level music is increasing, but in terms of individuality, I feel that there was more old music. I think that because it is made, it tends to be cut off for good or bad. If you make a work with respect to old artists, you can benefit from them and get closer to new ideas.

REI: We don’t have much merchandise at the moment, but if you have any ideas, let us know! But we were interested in making our own masks at one point, and this was before the pandemic hit.

None: Basically keeping it original is best, and we should think so when writing a song.
But let me know if you want to listen to remix or unplugged ver.

Rei: Everything. You all are the reason why I’m here and still doing music.
None: I can do my best because you are there.
I want to hear more of you and want to know your thoughts.
So please write your impressions on SNS and YouTube comments!
I’m looking forward to seeing you in person.
Yasu: You are all part of drawing the history of One Eye Closed together with us, and I thank you from the bottom of my heart.
Kay: All of you are our 5th member.

REI: I think most of us had serious stiff necks, shoulders, and a back for half a day of headbanging from our music video shoot for “Monster”.

REI: All of us have made it to a set, thankfully. But if we’d ever be late, it would probably be because of the trains becoming delayed…

Kay: A chameleon. We are constantly changing.