Of Concrete Gods take on the A-Z challenge

Our A-Z challenge is a fun way to get to know the many bands and artists out there. Here its the turn of Of Concrete Gods to tell us all about themselves. 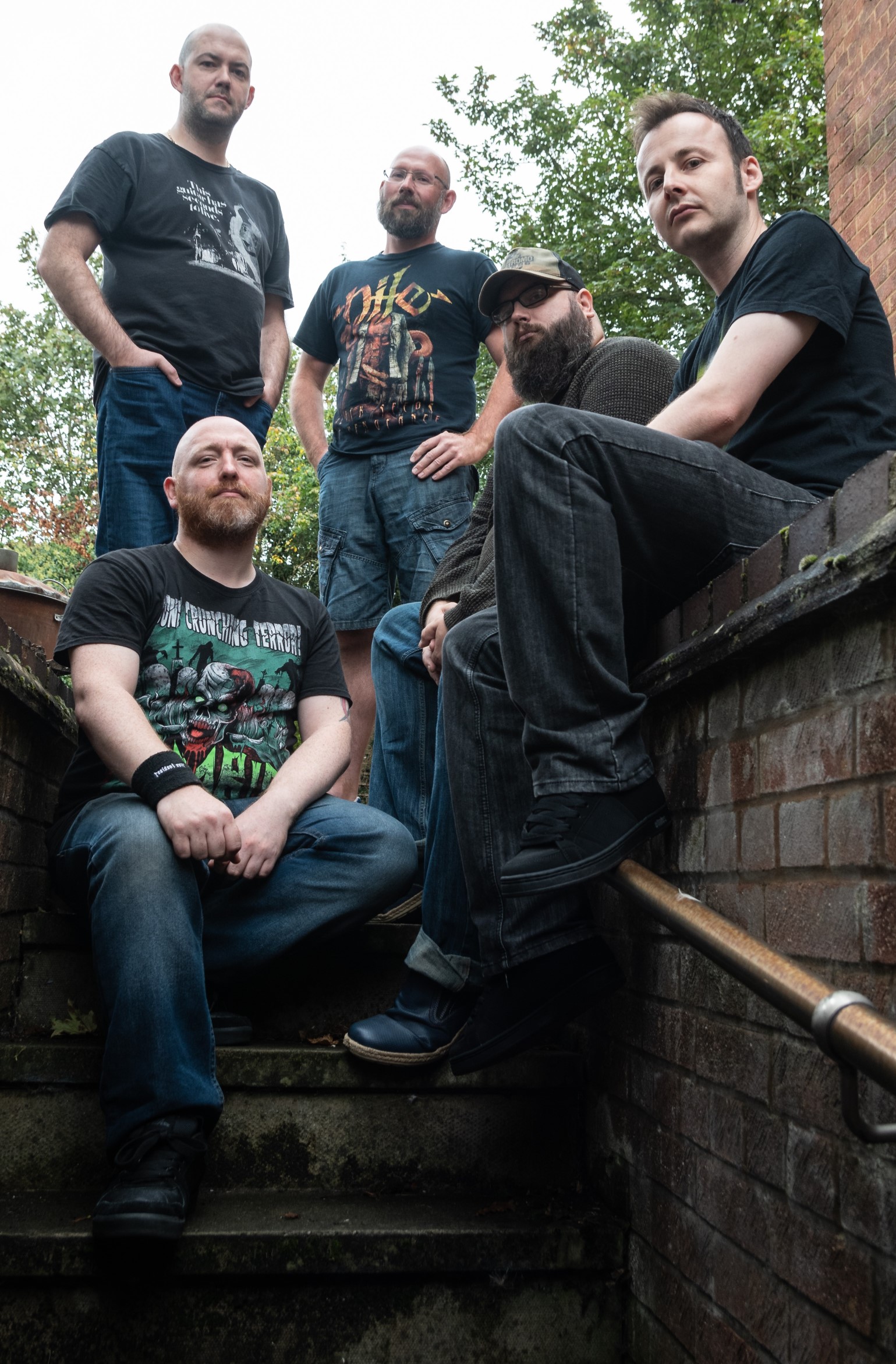 Back when the “Scream” student pub chains were still a thing, I played the one up in Manchester. Wasn’t exactly a rider, but the manager took the bands out for a curry once the gig was over. If you buy me a curry, I’m all yours.

One of us had to escort a drunken fan to the toilet once, held his hand the whole way there. Not mid-set of course, that would have just been weird…

One of the songs we’re working on for the album is called “Death of the Fool”, and contains the line “All my dreams are sewn inside of me.” I’ve always liked it, because it reminds us that no matter how hard we try we can’t ever escape the expectations that we place on ourselves. We are our worst enemy.

“Obsidian” – we’ve always closed our set with it, and when we settle into Simon’s solo at the end I always get goosebumps.

I’d love to have Hel & Taz from Undersmile on a track, I reckon their voices would sound fantastic with our sound.

At the moment, not being able to get together properly, and not knowing when we’ll be able to gig again. Covid has taken far too big a bite out of what we’re able to do.

Our drummer Paul has another band – The Sun Dog Collective – that started out as a solo album he created to raise awareness for mental health and CALM. He’s had various other people join him on recordings and at gigs, and it’s a very different sound to us.

Some of our riffs end up named after food for a while, until they take proper shape as songs. “Obsidian” was called “Stew & Dumplings”, and still is if you ask Rich.

Don’t overthink it. It’s okay to go with what feels good, rather than getting bogged down in what you think people want to hear. Just write for yourself.

Covid shut down gigs mere months after our debut show, but in a previous band I did a tour of the Czech Republic, which was a lot of fun

Chris Cornell, he had such a presence live

I tell everyone to check out Gévaudan, they are superb

Stone Sour would be the dream

Getting out to America would be awesome. We could play shows to some great crowds, and get really fat on diner food and BBQ.

“I am convinced that the only people worthy of consideration in this world are the unusual ones. For the common folks are like the leaves of a tree, and live and die unnoticed.”

The song is about how people are much more willing to tell/hear an easy lie than a hard truth. These lies allow us to see ourselves as a “Good Samaritan” when in reality we’re probably not.

It’s a generational thing. For most people, the best era of music is the era they spent their teenage years in. Because it shapes who we are and what we truly love. It’s always downhill from there.

We’re big fans of unplugged sets, so will definitely be looking at acoustic shows when we can play again. Also, “Good Samaritan” slaps pretty hard, it could be a dance track.

Everything. Without fans, this whole thing is just an ego trip. And while I might have a big ego, I’m way more interested to hear what a song means to someone else, because it can change the song entirely.

Simon actually had to take some time out to sort out a nasty case of tinnitus. He blames it on how heavy our riffs are, but we all know it is really because he was listening to Steps too loud while hoovering the house.

Everything for the rest of time is Boris’ fault.

A rhino. Big, fat, heavy, and could knock through a wall if we wanted to.