Of Allies take on the A-Z challenge

Our A-Z challenge is a fun way to get to know the many artists around. Here its the turn of Of Allies to tell us all about themselves! 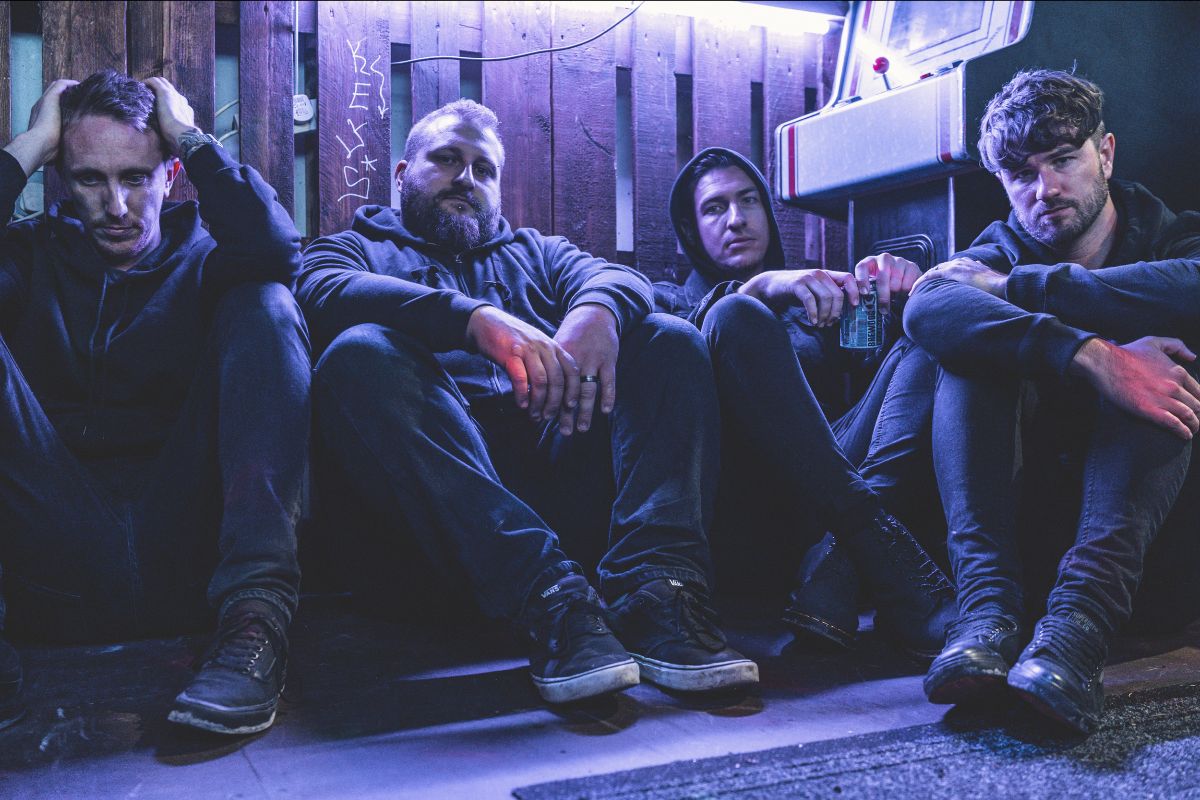 Any that have included pizza and beer.

Driving back from a gig in London on the M1 during the beast from the east. Not a good idea in hindsight. I don’t know if it was crazy but it was definitely stupid.

Hmm. Difficult to say. All of our songs are emotive so to find just one lyric is not really possible. They come as part of a set. Maybe….ghosts live inside my phone? See, it doesn’t work out of context!

Again, not really sure. Deadlights didn’t take me too long but it’s never particularly easy to write a song.

I’m really enjoying playing Big Mouth at the moment but Open Sea is probably the song we all click with.

Christ err. Chino Moreno? Jimmy Page? Do they have to be alive?

Staying focused if things don’t go your way. It’s sometimes difficult to keep pushing and keep morale up when you get shit news. It’s not an easy industry.

Dan has the biggest.

We have our own that probably aren’t very funny. Like calling each other Jimmy or being unnecessarily offensive to each other. Lots of Alan Partridge and being ready for the HD with the Doovde.

Having a hook. I tend to start with an idea that I hear in my head and then work on it until I find a hook. Once I have the hook I structure the rest around it. Also making sure your chorus doesn’t suck is always helpful.

No idea. We’ve all spent far too long in vans going quietly insane.

Dustin Kensrue from Thrice was pretty inspiring when I saw them on the TBEITBN tour. That was at a particularly dark time for me and that album got me through it so that was an inspiring moment for me. I talked to him afterwards and he’s a really nice dude. Also, Prince. That was just madness.

They’re not particularly new but The Black Queen are one of my favourites of the newer bands. But there’s some good bands around at the moment; Cleopatrick, VANT, Fangclub, Big Spring.

Japan. That would be sick.

In the absence of willpower, the most complete collection of virtues and talents is wholly worthless – Aleister Crowley

It’s an open question about the times we live in. We all think that technology has helped us and it has, to a certain degree. Advancements in medicine and science are obviously amazing. However, as a society we are obsessed with taking pictures of ourselves and sharing our lives in the smallest detail online. Why do we do this? Is it to celebrate things and share positivity or is it actually to present a completely different version of ourselves online because we’re not happy with the mundane reality of existence? Music, bullying, news, art, politics, relationships. Technology and social media impact everything in negative and positive ways so the new album explores both sides of the coin. It’s that dystopian future concept. We’re basically not far from 1984 are we? Technology has become a mask to some people and the person underneath it is often suffering from mental health issues because of that very mask. So, are we better off? You tell me.

The Welly in Hull on December 13th for our album launch. Following that keep an eye on ofallies.com for updates on gigs. If you sign up to our mailing list, we’ll keep you up to date – plus you get a free song.

If you head to our pre-order site arewebetteroff.com you can find out for yourself!

We’ve released some limited edition remixes of songs in the past. Tom and I have discussed remixing this album next year and doing something with it so who knows.

Absolutely everything. They’re the ones that keep us in business and the ones who resonate with us whether it be live or by relating to what we’re saying. If you don’t care about your fans you really have to questions why you’re in this line of work.

Oh we’ve had all sorts. None are particularly interesting though I’m afraid.

Nick’s. It’s definitely Nick’s. We call him tardy Tyldsley because he’s always late. Either that or Tom has done one of his random disappearing acts. Sometimes we look up and are like “where the hell is Tom?!” He just disappears. Don’t know why.

Ok. Definitely the strangest question I’ve been asked in one of these before. Errr…I should probably say a lion or a tiger or some kind of powerful animal but I’m going with a…penguin. Everyone loves a penguin don’t they.