Our A-Z challenge is a fun way to get to know the many artists we listen to. Here it is the turn of October Drift to tell us all about themselves. 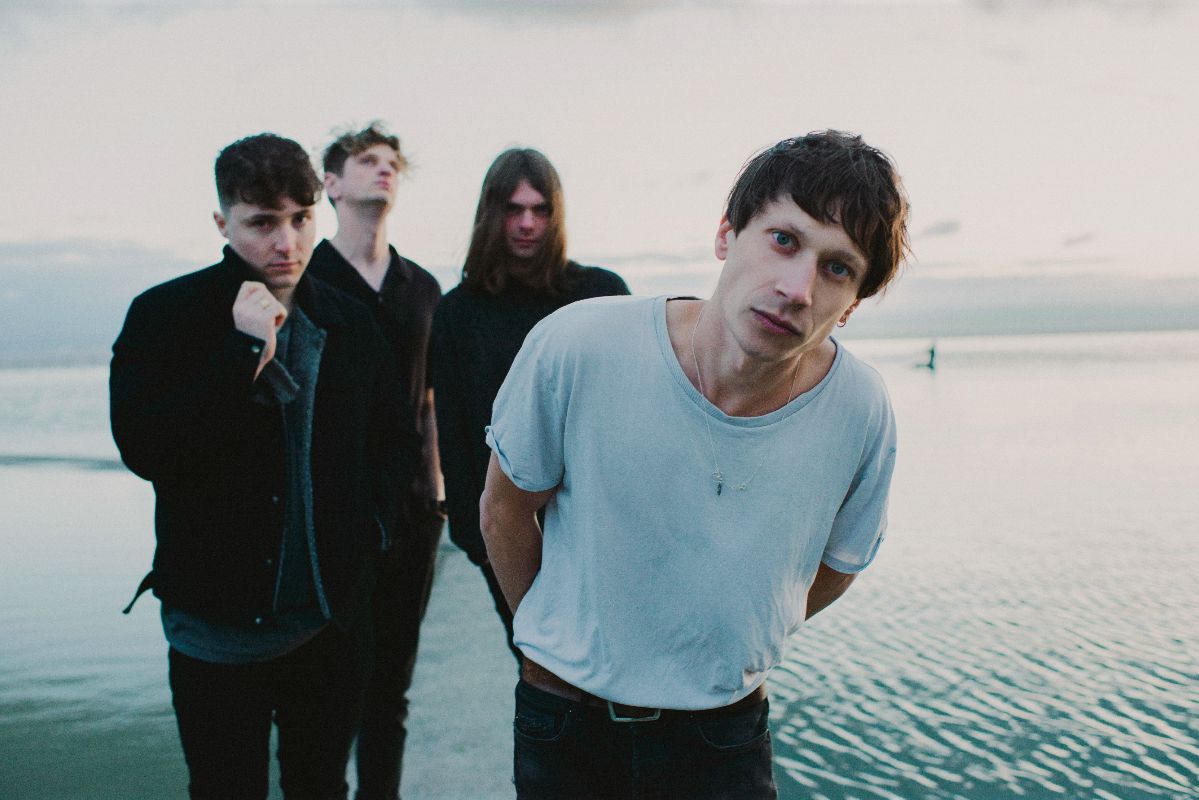 I can’t pin it down to one song. What’s The Story Morning Glory cassette, Beatles, Queen live at Wembley VHS. Nirvana Unplugged In New York and Red Hot Chilli Peppers were the first albums I remember actually buying by myself but I think I already thought I wanted to make music then.

Pretty much all the catering on The Editors tour across Europe last year was amazing. Think we’d get fat if we had that every gig.

We’ve had a lot of fairly mad experiences over the years. Getting blind drunk in a small town in Poland and finding ourselves at a local barn dance disco was one of them.

Hmm tricky question to answer, don’t want to sound too pretentious on my own lyrics. But maybe “It appears my liver handles more than my heart can” is a standout?

Ah I don’t know. Once a song is signed off I kind of forget about it and move onto the next. I think our song ‘The Past’ came very easily though, it’s just four chunks of vocal repeated.

It varies, new ones often become the favourite because they’re fresh! At the moment it’s a song called ‘Oh The Silence‘.

I’d love to experiment with more musicians, more instrumentation and more vocals. I think female vocals would be cool, someone like Hope Sandoval of Mazzy Star maybe!

Most of the time I would say it’s getting a group of people who are equally committed and for throwing themselves 100% into being in a band. Then for them to still get on after doing that for years. Luckily we’re all on the same page and get on as well as ever. We’re blessed in that respect. The hardest thing we’ve found is juggling working and life and band commitments (especially when making no money from music – not why we’re in it but would certainly relieve some pressure to not have to work too!)

Dan and Chris are BOTH black belt in taekwondo. So don’t mess with us yeah?

We have little games we play on tour. Give me 10 is one, picked that up when touring with Mona. Everyone gets one nomination a day to make someone drop & do 10 press ups. I think the highlight was biz having to do 10 press ups on a rainy ferry deck surrounded by marines while we laughed from the window. Sorry biz.

Perseverance mostly! And tapping into things you actually want to say, or don’t know how to say.

The first Editors date was in Budapest, we hopped in the van and drove ourselves there. Two days drive later played a great first gig of the tour.

Really tricky question. Nick Cave live was very inspiring. I was recently lucky enough to watch the Foo Fighters side stage which was a masterclass in performance. Idles have been inspiring – to watch a band from our neck of the woods rise from playing the Thekla in Bristol with us a few years back to where they are now has been a joy to see, and with such a strong positive message.

There’s a lot of bands it’d be ideal to support! Maybe The National would be the top of my list.

America wouldn’t be my number one holiday destination but I’d love to take our music over there.

Hmm it’s a lyric not a quote that springs to mind. On Anthem Leonard Cohen sings:“Ring the bells that still can ring Forget your perfect offering There is a crack in everything That’s how the light gets in”And I think that’s worth holding onto.

Forever Whatever.. it’s a line in the song. It’s kind of got a few meanings depending on how you look at it. We just liked it and thought it was a good summary of the song.

I don’t think you can say whether it’s better or worse. Its just different. There’s less money in general, but more music. It’s better as a consumer.

We like play around with alt versions of our songs. Stripping the song back is usually a good test of the songs strength. We’ve done that with most songs we’ve put out there.

We’re still surprised people actually pay money to come and see us. To have people travelling from all over the place and/or coming to multiple gigs on the same tour is really something. Means a lot to us.

Biz broke his ankle mid tour a few years ago, he managed to still play the shows. Dan and Chris’ backs are both quite screwed, I think it’s a combination of things but I’m sure loading our gear in and out all the time and then lobbing ourselves around a stage wouldn’t be medically recommend.

That depends on the situation. We’re pretty militant with timings & usually end up being hours early and waiting for anyone else to turn up.

Zoo animal that best fits the personality of your band?

Some kind of small wild cat maybe? Like sweet looking and then all of a sudden mauls a small bird.