Mountains To Move take on the A-Z challenge

Belgian born rockers Mountains To Move have been described as your girlfriend’s new favourite boyband. This title intrigued us at AltCorner so we wants to hear more (and they have become one of our new favourites)! So we asked the band to take on our A-Z challenge so we could get to know them a bit […] 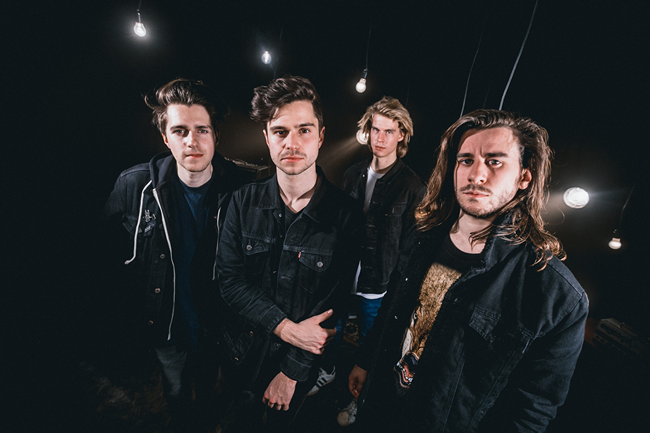 Belgian born rockers Mountains To Move have been described as your girlfriend’s new favourite boyband. This title intrigued us at AltCorner so we wants to hear more (and they have become one of our new favourites)! So we asked the band to take on our A-Z challenge so we could get to know them a bit more!

Probably Quicksand by The Story So Far.

Every rider where there’s free beers the entire evening is the best rider we ever had.

Last Summer’s festival show at Rock Herk. We played for an insanely big crowd of 500 people.

I never really openly discussed this, but in one of our songs called ‘Adieu‘ I made subtle references to Shakespeare’s Hamlet, and especially Hamlet’s monologue, in which I compare myself to world’s most famous tragic hero. The line ‘Adieu, adieu, adieu. Remember me’ is literally taken from the play.

We released ‘Drown‘ last year and writing that song went very well, a very mature approach when it comes to writing. Most of the time we struggle to get the structure and overall sound of a song together, but I don’t consider that to be a negative thing.

Probably the newer ones, like ‘Left or Right‘ or ‘Losing You‘. Or another brand new one we recently made, which is an absolute banger. We still love to play older songs though, ‘Ghost‘ is still one we play.

Would love to have Mike Duce from Lower Than Atlantis in the production process of songs or perhaps even doing some guest vocals on a song. I think it would work very well.

The amount of time and money you invest in it doesn’t always weigh up to the outcome you hoped it’d be.

Neither Philippe, nor Mathijs knew how to play their instruments when we first started this band four years ago.

We once went to a show by a band called Luca Brasi. They’re from Australia and on stage he did this very late nineties hand signature (sticking out thumb and pink) while saying ‘Radical’, which cracked us up so badly and now we randomly do it all the time. (I promise you it sounds much funnier in real life than how I just described it haha)

Last November we traveled all the way from Belgium to Switzerland to play a one-off show with Daisyhead and Sibling. We also stayed one night at Frankfurt and just did some citytripping. This was such a cool experience, which obviously cost us way more than we earned, but lots of memories were made and we even recorded a new music video of our roadtrip, which we’ll probably release this Summer with another new song!

Fall Out Boy or Blink 182 would be insane.

Australia, because I’d like to have one of those band pictures in which we’re all holding a koala.

‘Left or Right‘ was the working name while we were producing the song and we just always postponed finding a new name for the song, so we just stuck with it and are happy now we did so.

Playing some shows this May in the Netherlands and Germany, and also play support for Movements, one of our recent major influences as a band.

On our upcoming shows we’ll have handmade embroidered hats with our band ‘logo’ on it.

Sick trap beat on one of our songs.

We’re always extremely humbled whenever someone comes up to us after one of our shows to have a word or even buy something. It’s an unreal feeling that people wear things with your band name on it or just simply sing along to shitty songs you once wrote all alone on your old guitar.

Not really, just the usual bleeding fingertips and blistered hands.