Montrose Take On An A-Z Questionnaire!

Their EP is out now and below the quartet answer the A-Z interview! 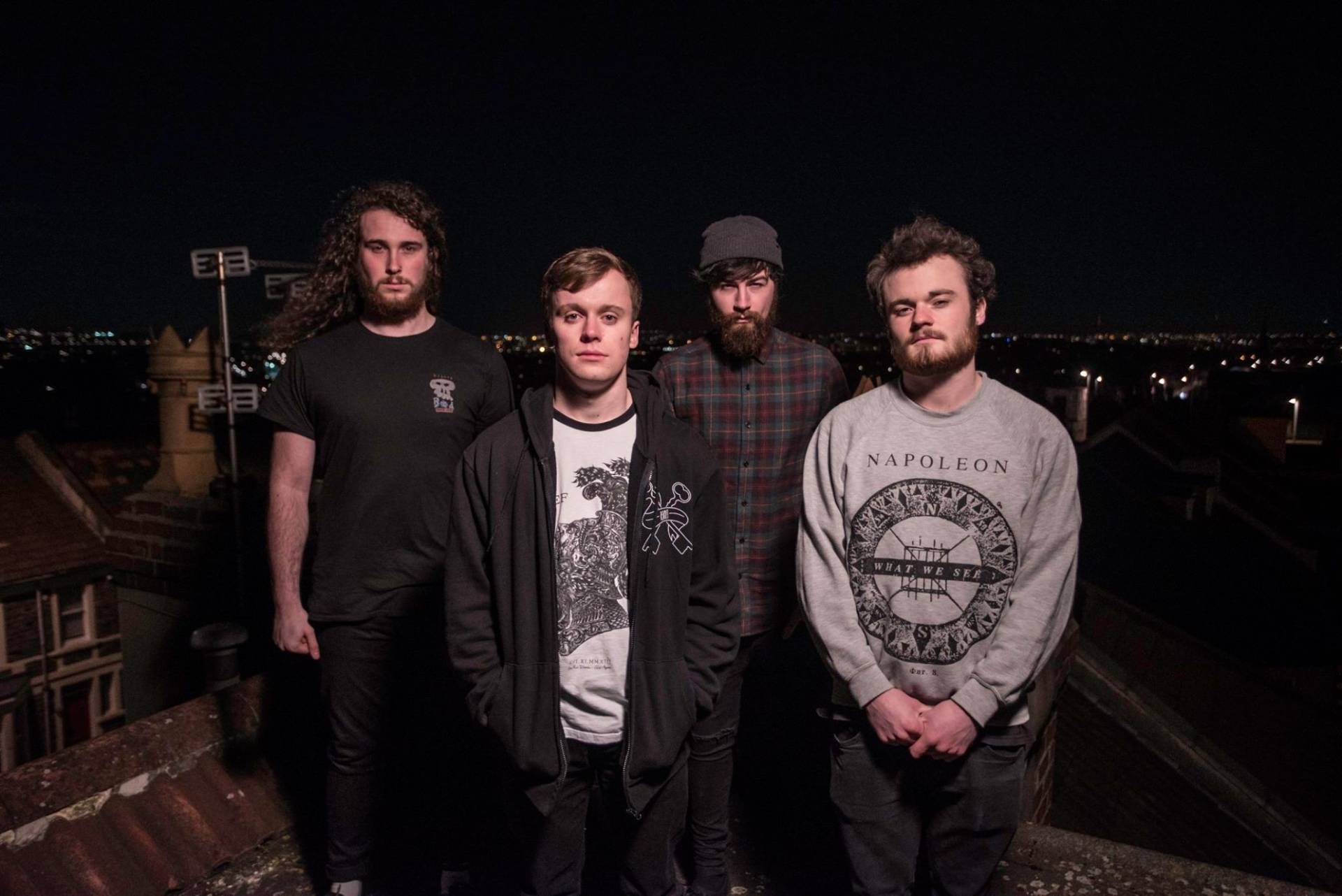 “We want to make sure we don’t get lost in the crowd,” says Jason Bishop, vocalist of Bath based quartet Montrose, of the musical gearshift taken on new E.P, Monster Under The Bed; “Our sound on the new release has definitely evolved; we’ve beefed it up and made it a bit more gritty. We don’t want to just be another pop punk band; as much as we all love the genre and it’s current resurgence, we wanted to make ourselves stand out.” Though Monster Under The Bed is still bristling with the kind of infectious vocal hooks most commonly brewed in the pop punk gene cauldron, it’s also laden with bursts of staccato, punchy guitar that wouldn’t be lost amongst the early output of the likes of Four Year Strong, Funeral For A Friend or Thrice, where riffs and memorable melody collided with kinetic synergy. The EP is out now and below the quartet answer the A-Z interview!

Any song written by Alexisonfire

Playing a house show with Roam was pretty crazy! There were so many people crammed into this one tiny room, everybody crowd surfing and going mad, and I swear the floor almost fell through at one point..

Everything in our song(s) Throne Alone, or Good Old Days

Good Old Days just seemed to happen all on it’s own, didn’t take long at all!

The Show with Neck Deep, Roam and Tuskens in January 2014 was insane!

I don’t know how it’d fit with our genre or sound, but Jason Butler of letlive any day. Or Soupy from The Wonder Years.

Any moment anybody comes up to us afterwards to say that they enjoyed our set. We’re always incredibly grateful that people give a damn about this band.

They wouldn’t make sense even if I were to tell you, haha

A short, fast one like Blush or Saintly If You Say does the trick. Anything that’s immediately in your face!

At the moment, Sheffield is the furthest we’ve been. (We’re in Bristol)

Our bro’s Tuskens, Nathan Detroit, Weatherstate or for the emo fans Pushing Daisies. We’ve got a great scene here.

America! (Ambitious, I know but it’d be perfect.)

Don’t be sad, because sad backwards is ‘das’ and das not good..

Monster Under The Bed is just a cryptic way of saying that the songs are about the things that keep me up at night, just like when you’re a kid and you think monsters are coming for you!

The Exchange, July 22nd with Blood Youth and Trash Boat!

Not necessarily. Music is a lot more accessible now than it ever has been, so there are more bands than ever and it makes it hard to stand out and be original, but the sheer fact that bands now take inspiration fro bands in the past just means that music is constantly evolving and progressing, and that’s awesome.

Nothing yet, but we’ll come up with something different.. Maybe some Montrose bed covers or something.

We’re open to anything!

I’ve seen a few bad tribute bands, but they’re meant to represent the band they’re claiming to be a tribute to. As for other bands, I don’t really like to talk bad about them, because I’m sure to somebody, they really dig it.

X-rays or any other treatments needed for band related in juries:

Nothing yet, although with the amount of times Ben dives off the stage, it’s gonna happen soon, haha.

Monkey. Definitely a monkey.. Always up to no good.