Millie Manders & The Shutup take on the A-Z challenge 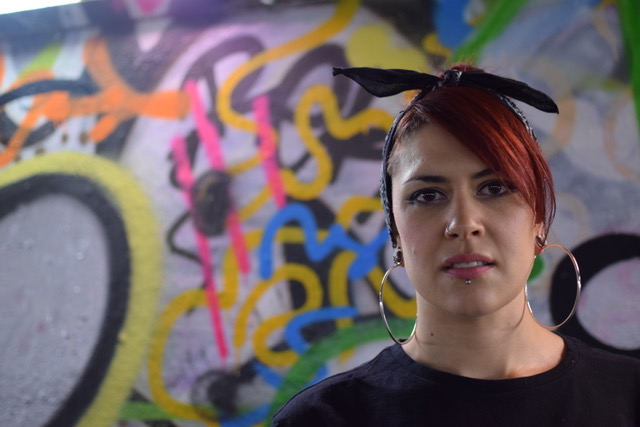 Ahead of the September 21 release of the Shutup EP, we asked Millie Manders, frontwoman of Millie Manders & The Shutup to give us the lowdown on our favourite new artist!

Oh man… if we get food, beer and a place to stay we have hit the jackpot.

Watching the Empire Ballroom fill up at Rebellion. Totally mental.

That’s a really hard question. You’d first have to believe your intention was to be deep rather than convey an emotion or story… a song I’m passionate about features the lyrics “This is his paper house, built with broken dreams.” It’s about how easily anyone can become homeless in our current society.

It changes all the time but currently it’s a toss up between One That Got Away and Right To Life.

Scroobius Pip. That man is so damned intelligent.

Never ever having time to yourself

“Pants Down”. Just shout it at one of the guys. See what happens. Haha!

Not far, yet. But in November we’ll be going from Leeds to Belgium and that will be our farthest.

Live? Prince. Recorded? Too many to mention.

God so many. Risked and The Ridicule, Call Me Malcolm, Pope of Chillitown, Nosebleed, Barracks, Burnt Tapes, I Said Goodbye, Leap Years…. I could go on for a loooooong time.

Again, so many! Skindred, Neck Deep, Enter Shikari, Less Than Jake are a few of them…

Japan! But also EVERYWHERE ELSE

“I think we should all have a sparkle party” -George Diaper, sometime in August 2018 (YouTube Sparkle Party). You’re welcome.

Several things. Mainly we feel as a society we are being taught to keep our mouths shut and eyes closed to the real issues. We wanted to highlight some of the things that are far too played down by media and government. It’s also obviously our band name…

No. They were different. Industries change. Music is no different, it’s just how we interact with it.

Not really. We like to keep it simple but we are open to ideas.

Everything. We wouldn’t be doing what we are doing if they weren’t supporting us the way they do.

Ale has just has metal rods inserted into his hip having broken it skateboarding.

A monkey. Way too much energy, super cheeky and some of us would pick ticks out of each other’s hair if we thought it was funny enough.