Milestones tell us all about their forthcoming debut album! 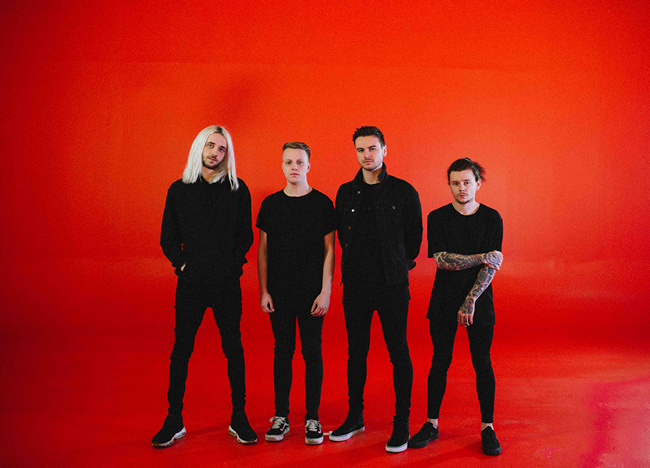 As the release date of their debut album Red Lights (Feb 23, Fearless Records) approaches, we caught up with Milestones‘ guitarist Drew Procter to have a chat about the record!

You’ve just announced your debut album Red Lights is set for release on February 23rd through Fearless Records. Are you excited for people to hear it?

Excited would be an understatement, we’ve been slaving over this record since 2015 and had it fully recorded in January last year, so it’s taken a while to get it out but we’re all so stoked to release this album. It’s definitely a huge step up from Equal Measures and we’ve had nothing but positive things said about our most recent single, Paranoid.

Is there a particular theme to or inspiration behind the record?

Red Lights follows different forms of pain and failures throughout the songs and how to overcome them, to be the best version of yourself you can be. We really wanted to illustrate that being hurt and dealing with that in a positive way is such an important part of self growth.

You recently released your latest single Paranoid. Can you tell us about the track?

Paranoid is about a friendship or relationship breaking down due to that person being disloyal to you and coming to terms with that situation. It was one of the easiest but most frustrating songs to write on the record due to me and Matt spending 3 days straight writing and not being able to come up with anything. Then 10 minutes before we had to leave he wrote the first chorus on his acoustic, chucked the guitar to me then we worked out the rest of the song and the whole thing came together very quickly.

If you had to pick one stand out track on Red Lights, what would you say it was and why?

This Is My Life, this track has the album title in the lyrics and I feel it’s the best representation of the meaning behind Red Lights. I just remember being in the studio listening to this song when it was finished and thinking this is something people could really get behind.

Milestones have made lots of milestones (excuse the pun) in 2017. What has been your favourite experience in the band so far?

Without a doubt the ”A Lesson In Romantics Tour” with Mayday Parade & Knuckle Puck, touring North America was a personal dream of mine and was my first time in the states too. I couldn’t have asked for better way to live that dream than a 2 month long tour lapping the entire country with a few Canadian shows too!

With the release of the album, 2018 is looking good for Milestones, do you have any plans you can tell us about?

Our biggest aim this year is to be on the road as much as possible and play Red Lights in as many corners of the world as we can.

We always end with some random questions; you can have any artist, dead or alive, cover any one Milestones track, who would you pick and what would they cover?

I’d love to see Michael Jackson cover our song Paranoid, I think that track despite being quite dark has a lot of pop sensibilities to it. Seeing MJ put his own spin on it would be pretty amazing.

You’re playing a show and you have the option of having a special guest join you on stage to play a song, who would you choose?

It would definitely have to be Bieber, we are always singing Love Yourself during those long drives on tours.

What would your chosen topic on Mastermind be?

Lord Of The Rings Trivia.