Maya take on the A-Z challenge

Our A-Z challenge is a fun way to get to know the many bands and artists out there. Here it’s the turn of Maya to let us know all about themselves. 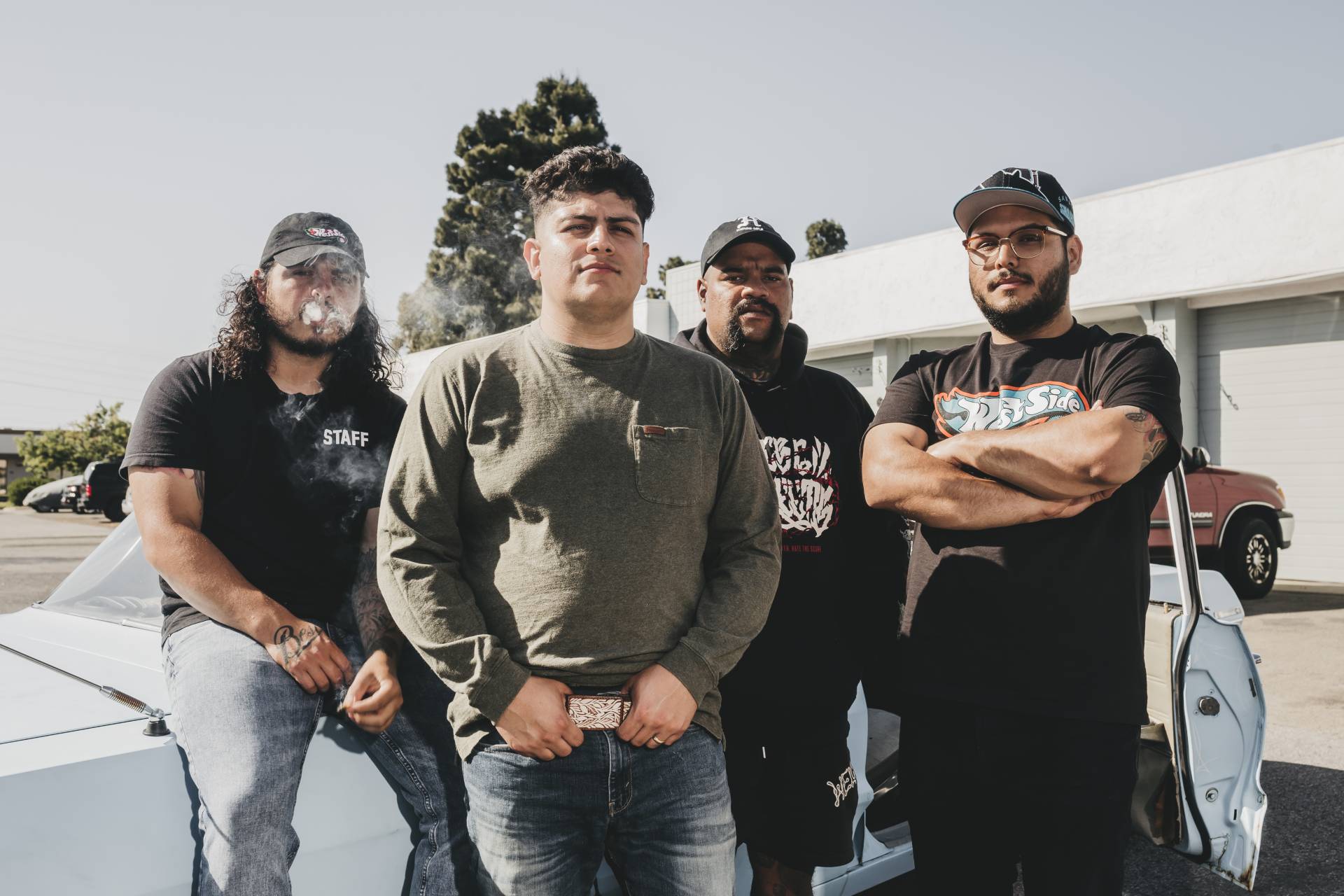 Maya was on a South West tour in 2013. We had just arrived to a checkpoint in Texas. It was 2am, the military check point had a full squad and a dog on duty. The officer started asking the typical questions, immigration status, any drugs, and if we were smuggling anything across state lines. In the middle of the conversation, the dog jumps up and the officer tells the gentleman we have something in the van. By this point, everyone catching shut eye had a rude awakening. They pull us out of the van. They search everything, bags, equipment, merch, and started to use a tactic of questions to give up information for what was on board the van. We heard, “y’all are going to jail” “dude already blamed you for the illegal substance” “who you working for.” The conversation went on. For the grand finale, an officer said, “the dog will be let of the leash, please just confess.“ We all looked at each other and stated laughing. The dog was let lose and ran towards the van. A bag pack was pulled and inside the front pocket the officer says, “paraphernalia.” One of us yelled, “all this for a weed pipe?” The officer called to do paper work. No one was charged and an hour later, we were on the road. Everything is bigger in Texas.

He couldn’t breathe, While the world choked.

On this last EP – “ Prayers “ was the one that flowed the most naturally. It came together almost on it’s own.

PRAYERS is one of my favourite songs live and on the DEPIERTA EP.

Corey Taylor from Slipknot or Zack from Rage Against The Machine

Keeping members and staying active while the world rots

JT and Fred are in two other bands and they keep busy. These Streets from the 209 and Forced to Suffer from the 408.

We all go pretty hard on roasting each other. So the jokes are infinite when it comes to hanging out with us.

The environment is key to writing a song.

Latin America has special place in our hearts.

Once on tour someone put us up for the night and their Dad was the drummer for a band called “ Bitch “. They were the first band Metal Blade records ever signed.

I don’t have any band I’d recommend but I would say to pay attention to Northen California. (Bay Area Hardcore, Metal, & Punk)

Brujeria would be a dream.

South America, Australia and all of Europe.

Be creative and don’t be too hard on you’re art. We need to learn how to funnel all emotions.

No set title, but ideas are cooking up.

Maya started in 2004. The ups and downs over the years have been crazy to see. But how San Jose Hardcore has become world renounce. What a time to be alive.

An unplugged version of “ Demonios “ would go crazy!

The support means everything to us. Without those people, Maya would not be anything. It would just be noise. The Hardcore community is a place for everyone but not everyone is for Hardcore. Thank you to everyone single person that has given us a chance.

I broke my arm Oct 2021. Maya played at the Colony in Sacramento with Dying Wish, Karma, Kind Eyes and the energy was nuts. Mosh was so intense I ended up with an acute fracture to my ulna.

More then likely everyone has some fault.

I like to think we all bring a different type of animal spirit but with this new release I would say what best describes the band is a hungry lion.