Marisa and the Moths take on the A-Z challenge

Our A-Z is a fun way to get to know the many artists around. Here is the turn of Marisa from Marisa and the Moths to tell us all about the band using our A-Z challenge! 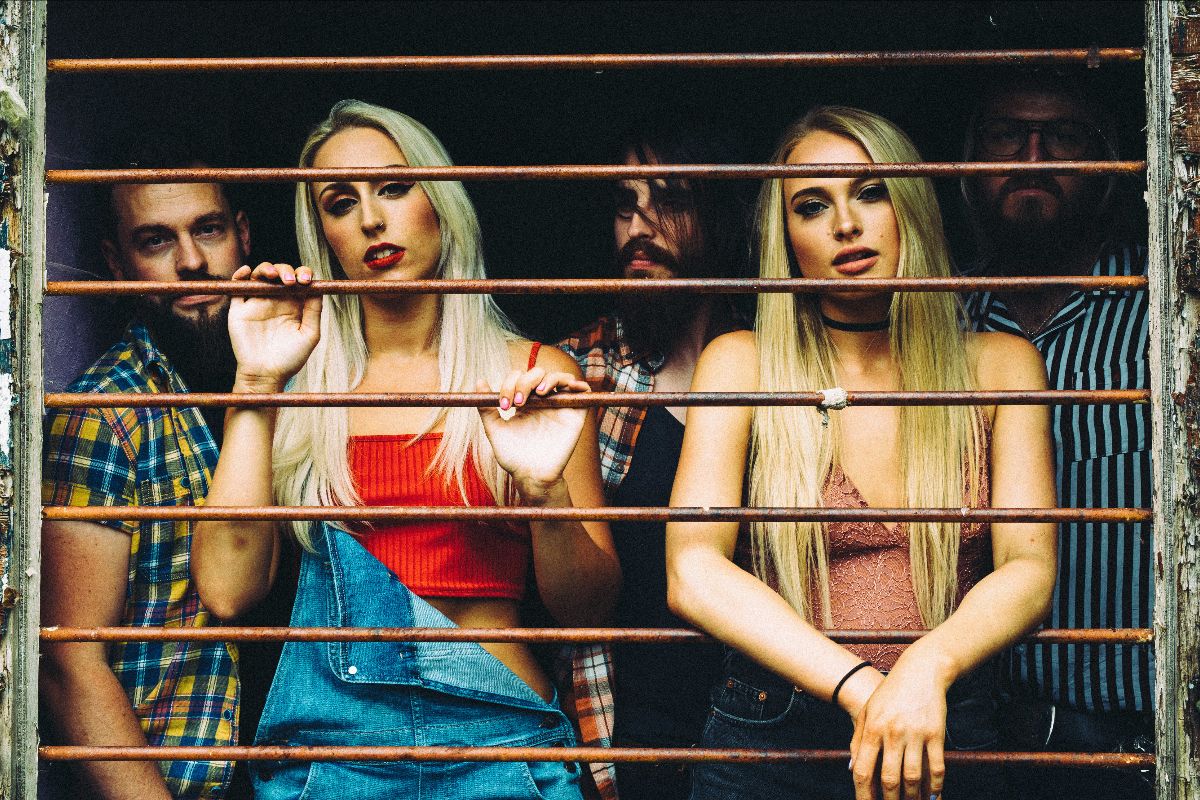 Marisa speaking here on behalf of the band… I don’t have favourites. Honestly, I listened to SO much music as a kid, I don’t think it’s fair to say it was just one song. All of the music I like makes me want to make music and I’m so grateful that there is so much of it available to us to hear.

Being given an abundance of beers and pizza was pretty much striking gold for us! What more could you want?!

The moment we realised Chris was going to be in the band. We were all on our first band day out and on our way to Winter Wonderland (Chris had not yet joined), and we were discussing who we should get in to be our second lead guitarist. I was really pushing for Chris to come and audition but the band didn’t know him yet so were skeptical. Due to snowfall and delayed trains we went into a pub that we had never been in before just to stay warm, and Chris was there. It was such a fate-like moment. There was no argument after that point if it was anyone else that was meant to join. And the first rehearsal just confirmed that for us  immediately.

There’s quite a few to be honest, as I’m a pretty deep person (emo lol).. but as it’s from the song we just released, I’m going to go with the second verse from our song “Needy” (a song about my feelings towards everyday sexism and objectification of women, but also my lack of self esteem and depression at the time I wrote it): “So you should fuck me. Maybe that’d help you see all of my potential. ‘Cause that’s all, it’s all I’m really good, but I can’t even fill that hole”.

All the songs on the album came easily once inspiration struck (you can’t force these things), but I don’t think any of them were necessarily easy to write. Each of them came through the same process. Me feeling like I needed to get something off my chest and then trying to shape it in a way that sounded right.

Sorry, still no favourites. You decide!!!

Finding Kate. She’s a wonderful singer-songwriter in the same area of music as us and working her way up. I would like her on the record because I know her and she is wonderful and so talented.
If we were more famous, maybe Skin from Skunk Anansie may consider… or Lacey Sturm from Flyleaf, or Hayley Williams from Paramore, or Amy Lee from Evanescence.

Keeping everyone happy I guess. It’s easy for us most of the time because we’re best friends. But life is a bitch sometimes and then you have to deal with it.  And it ain’t always pretty!

Sophie is a YouTube star, known for her guitar shredding skills.

Pain. Emotion. Determination. Knowing how to put words to melody and create a song-like pattern. Not being tone deaf. That’s about it really. But that is also just my story. Everyone is different.

Probably 5 hours. We have done shows up and down the country but we usually try and make sensible breaks! Could easily do more if needed. Can’t wait for Europe and the US (please, please, please!!!!).

Every musician I have ever met has inspired me, because regardless of who they are and what they do, they are still doing the same thing as me and still on the same wavelength. I love them all!!!!

Hands Off Gretel and Finding Kate

If you are a supporter of our music, thank you so much for your belief and for constantly being so awesome. If you haven’t listened to our music until today, then thank you for listening to us and we hope to meet you at a show soon!!!

It is self-titled because the band formed around the recording of the songs. I didn’t have a band when I went to record the album, but the recording process pulled it all together.

In the next month you can catch us at London, Guildford, Staines, Brighton, Hull, Harrogate, Workington. Just check our tour page on our website!

Yes and no. Yes because labels invested more money into the art of music e.g. music videos, touring, marketing, recording, etc. But the plus side about today is the internet and the ability to do it yourselves. Swings and roundabouts really though.

We have a much wider range of clothing than most bands. We went for high quality clothing with simple designs because we wanted to appeal to as many people as possible and encourage fans to where the clothes for more than just going to bed etc.

I’d LOVE to do acoustic versions of all of the songs to be honest. AND I’d love to get a feature vocalist to record a version of one of our songs together.

They are EVERYTHING. Honestly we are so lucky because the scene we are in is just full of friendly and overwhelmingly supportive people and we appreciate every one of them.

I had to go to hospital because I hurt my back so much after tour that I couldn’t walk… does that count?

Traffic. There are too many cars on the road of course!

You can find moths in zoos, right…?