We caught up with Man & The Echo’s frontman, Gaz Roberts, to chat about their new music, and politics. This band have been touring pretty much constantly for around a year, but their setlist is full of songs which they’ve had for around three years, which has them rearing to go with new material. Gaz […] 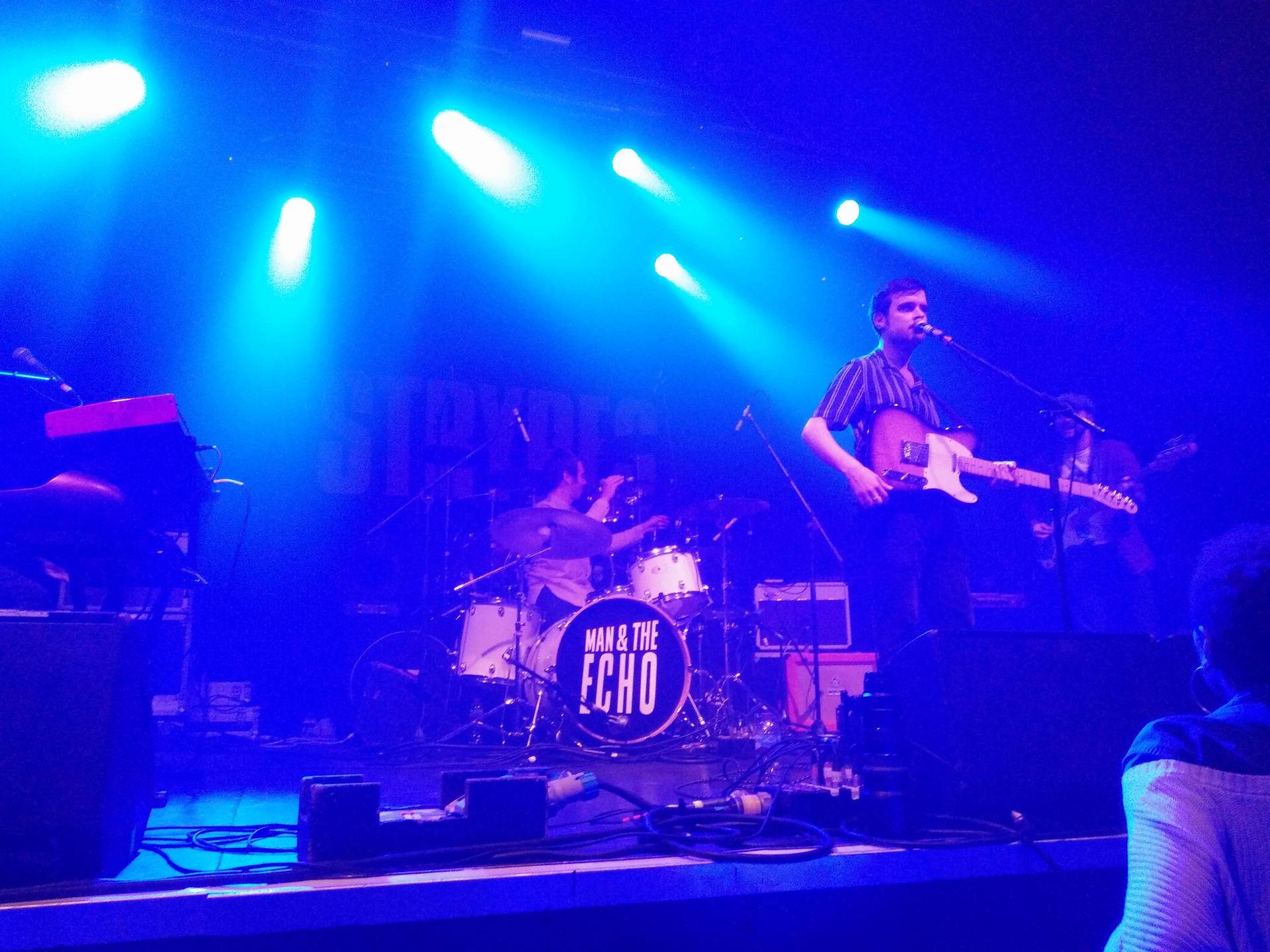 We caught up with Man & The Echo’s frontman, Gaz Roberts, to chat about their new music, and politics.

This band have been touring pretty much constantly for around a year, but their setlist is full of songs which they’ve had for around three years, which has them rearing to go with new material. Gaz said, “Having the same set for 3 years, we’ve just been dying to put some new stuff in and we don’t know if we’re gonna do an EP or another album, and we don’t know when that might come out, but we just thought we needed to start, really.”

Working on 5 or 6 demos, the band aim to have a full album’s worth of songs by the end of the year. If you are a fan of the band’s political viewpoint, it’s looking like you’ll be a fan of their new music, too. It’s looking to be motivated by politics, but with a more coherent story than their first album. With the current political state of the UK, they won’t be short of material any time soon.

He continued, “I kind of want to write a lot about Brexit. I’m trying not to make every song just about Brexit. I’m talking from a position of privilege. You have to use your own perspective and see how that can be useful. I feel like Brexit is a really masculine thing, and it feels manly. It’s just “we’re fucking taking it back”, and it feels aggressive, and all those horrid sorts of masculine traits. I’m a working class white man, and Brexit is sort of led by working class white men. I want to write about the sort of culture we have, the shifting culture, and the sort of jagged masculinity. So, my focus is writing about masculinity and Brexit at the moment.”

“We’ve got a new song called ‘Life on an Island’ and it’s very much about working class conditions, and middle-class people not understanding you and saying, “why don’t you give up work and go travelling?” – because people can’t afford to do that. It’s sympathetic towards this character, and it’s talking about how the only freedom you get is at the end of your life, by the time your body doesn’t work anymore, your brain doesn’t work anymore, and you’re just a wreck, but now you can rest, you can be Avant Garde and independent, and choose what to do with all your time. I then do it so it turns into “so that’s why I’m voting Brexit”. So, you’ve been sympathising with this person, well now he’s fucking racist and awful, and he’s making it worse for other people, and he’s voted for something that’s gonna kill you because his life killed him.”

It all seems like powerful stuff – which is really what they seem to be aiming for. They want to say that oppression is awful, but that it’s shared amongst everyone, but it also keeps people away from each other and divides them. “That’s the purpose of art and the purpose of music. I think a pop song can be art.” Gaz continued, “You can get art into a 3 minute piece of music, and get it into someone’s house for a quid. They own a piece of art and it’s doing its best to make them think and entertain them.”

Man & The Echo are currently recording tracks for their second album, and I’d advise you all to keep an eye out for it, and in the meantime, check out their debut.