The Lunar Effect take on the A-Z challenge!

We’re intrigued by The Lunar Effect so asked the band to take on our A-Z challenge to tell us all about themselves! A Song Which Made You Want To Make Music: Moonage Daydream by David Bowie. Even just the first few bars make you think; “OK, lets write something”, while at the same time you […] 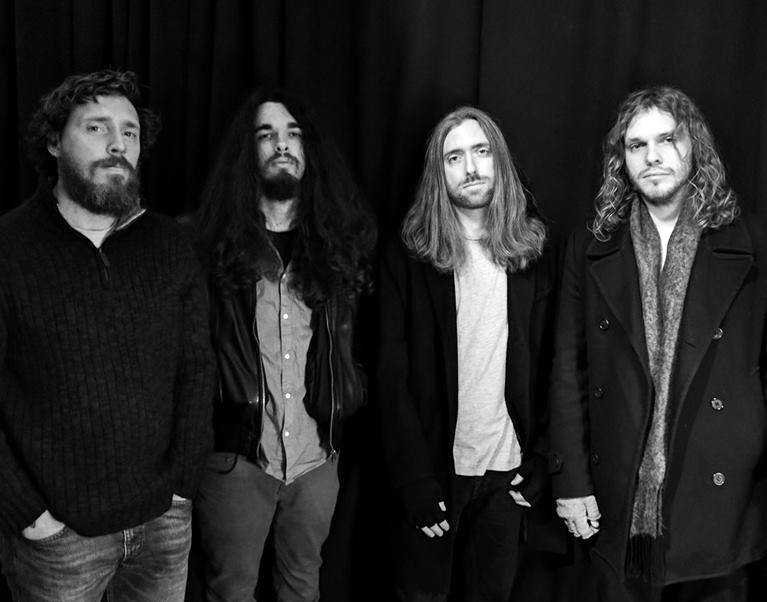 We’re intrigued by The Lunar Effect so asked the band to take on our A-Z challenge to tell us all about themselves!

Moonage Daydream by David Bowie. Even just the first few bars make you think; “OK, lets write something”, while at the same time you know deep down it won’t be anywhere near that level of genius. We actually covered it recently which you can see here:

Playing in Europe, you generally get a lot better riders than you do in London. None specifically come to mind, but you generally get food, drink and accommodation on top of the bands fee. That sort of rider is pretty unheard of in London for example. Bands are lucky if they get one free beer token here.

Once we shared a packet of digestive biscuits and didn’t even have an accompanying cup of tea to go with them. It was probably when we played a private gig at the Outlaws MC Clubhouse in Essex. That was just incredible.

That is really for the listener to decide, as one person’s deep lyric is another’s throw away gibberish. One of our new songs has the lyric ‘Ride me to Hell then I’m bound to you’

Weaver, it was pretty much written in 30 minutes and we then played it in the set that night.

Probably Woman, as it’s definitely the crowd pleaser of the set, even had people requesting and singing it at us at gigs.

TOUGH ONE. MOST OF THE PEOPLE WE REALLY LIKE ARE DEAD NOW. Maybe Jools Holland would like to have us on and do a bit of boogie woogie over our stuff.

Most bands don’t earn enough money to enable them to fund the things that would in turn hopefully generate them money, establish them and give them exposure. even simple Things like recording time, merchandise, videos, PR representation and tour expenses. These things are all expensive but can really make the difference, so it’s a catch 22 situation. You gotta spend money to make money.

Josh was once on the missing persons list after going out for a quiet drink in Camden. Obviously he did turn up again, so it wasn’t quite like Ritchie from the Manic Street Preachers.

None that we can really talk about with outsiders.

Being critical, it’s easy to like something just because you have written it. Hold yourself up to whoever you think the best songwriters are and don’t settle for less.

We have played all over the place, so that’s hard to remember. currently we are sticking to around London and the South while we finish up our new record.

VISTING WOODSTOCK AND SEEING JOE COCKER PERFORM IN A SURROUND CINEMATIC EXPERIENCE WAS AMAZING. IN TERMS OF PEOPLE WE HAVE ENCOUNTERED IN PERSON, NO ONE SPRINGS TO MIND IN PATICULAR, THERE HAVE BEEN SO MANY COOL GIGS.

The Muffinheads are a good punk band on the same gig scene as us. Also our friend Marco’s band Kaleidobolt who are from Finland are pretty cool.

Wolfmother, would be great as we have a similar sound. if not them then opening for Deap Valley or Black Mountain would be GOOD.

We have played in various places in Europe which was cool, but I think we would like to make it to the USA next.

“Music has always been a matter of Energy to me, a question of Fuel. Sentimental people call it Inspiration, but what they really mean is Fuel. I have always needed Fuel. I am a serious consumer. On some nights I still believe that a car with the gas needle on empty can run about fifty more miles if you have the right music very loud on the radio.” – HUNTER S THOMPSON

Our last release was ‘Strange Lands’ and was a concept of being an alien stranded in a strange land. A very sci-fi concept but was actually conceived when Jon was stranded in Salem in the middle of the night after his car broke down, which is not so sci-fi. Our new album is untitled at the moment.

Check our Facebook for news on all of our upcoming shows.

Yes. In terms of what is popular in the mainstream now anyway. Though there is good stuff out there, people just need to be willing to go out and find it.

We don’t have anything at the moment, just the usual stuff. Though our supplier does manufacture band name condoms, which is a bit weird.

WE’VE BUSTED INTO REGGAE VERSIONS OF OUR SONGS A FEW TIMES IN REHEARSALS. DON’T REALLY KNOW WHY.

Fans to us mean people that have taken the time out of their lives to listen or buy our records and come to see us play live.You have to appreciate that, and the fact they have good taste.

Dan often cuts his hands on his sticks and bleeds over his drums, which is a bit disgusting. Jon caught his finger in the studio door and fractured it and now struggles with finger picking

generally it is the traffic, but some times we blame the location of the show, the weather or just the general stupidity of humanity. either way it’s never our fault.