The Lotus take on our A-Z challenge!

Following the release of their new single ‘Five Days To Shine‘, we asked The Lotus to tell us more about themselves using our A-Z challenge! A SONG WHICH MADE YOU WANT TO MAKE MUSIC: Queen – Bohemian Rhapsody BEST RIDER YOU HAVE EVER HAD: When we’ve played in Hull some years ago: they gave us food, alcohol […] 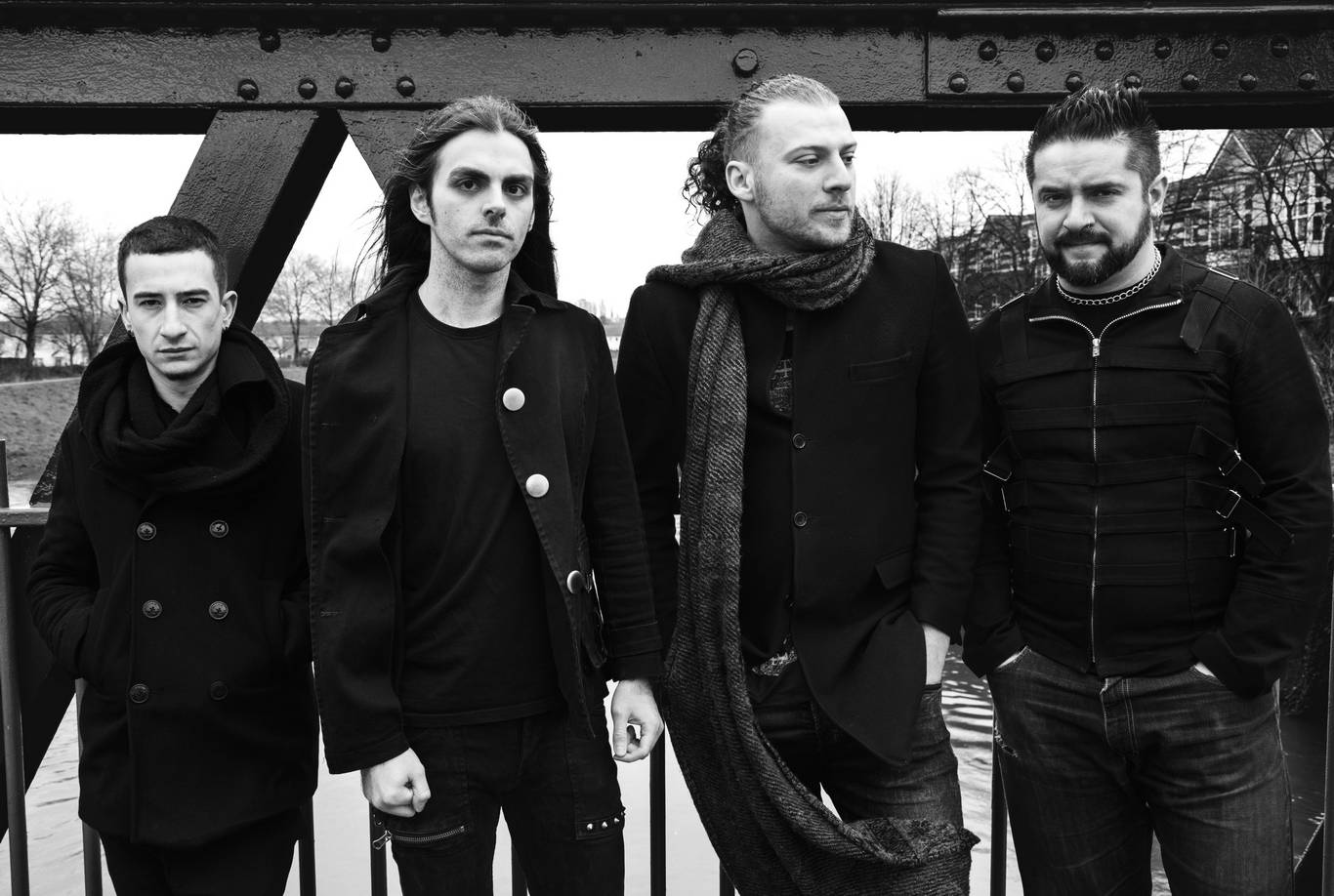 Following the release of their new single ‘Five Days To Shine‘, we asked The Lotus to tell us more about themselves using our A-Z challenge!

A SONG WHICH MADE YOU WANT TO MAKE MUSIC:
Queen – Bohemian Rhapsody

BEST RIDER YOU HAVE EVER HAD:
When we’ve played in Hull some years ago: they gave us food, alcohol and a lot of stuff!

CRAZIEST MOMENT YOU’VE EXPERIENCED IN THE BAND:
When we were in the US, a knife-armed drug dealer broke into our house looking for a place to hide from the police. While he was hiding in the garage, the police knocked at our door, but apparently they looking for another guy!

DEEPEST LYRICS ONE OF YOUR SONGS FEATURES:
Don’t Be Surprised from our first album ‘Forgotten Silence’ (2011):
‘…Hands of gold touch the sacred breast tonight
the ghosts in your mind wake up and die
I can give you my eyes but you must look inside
And later you can hear my complaint
But you, don’t be surprised, if you fall down…’

EASIEST SONG YOU WROTE:
Scar, which has not been released yet (it will be in our next album though!)

FAVOURITE SONG IN YOUR SET:
Tomorrow from Tomorrow EP (2013): we love to close the set with this song, so powerful and aggressive.

GUEST YOU’D MOST LIKE TO FEATURE ON YOUR RECORD:
Matthew Bellamy from Muse, but we guess you’ve understood that already, don’t you?

HARDEST THING ABOUT BEING IN A BAND:
Keeping everything in order, and sticking to the plans.

INTERESTING FACT ABOUT ONE OF YOUR MEMBERS:
Luca is a great photographer, and that’s quite boring, but at least he’s mainly doing soft-porn!

JOKES YOU HAVE IN THE BAND:
‘Non ti dico chi mi pari’ (English translation: I can’t tell you who you look like). One day we’re going to explain that, but not now.

KEY TO WRITING A SONG:
Don’t think you have to write a song, otherwise you won’t do it.

MOST INSPIRING MUSICIAN YOU’VE EVER EXPERIENCED:
Paul Reeve: he’s our producer but also a great musician and singer. Working with him it’s absolutely amazing.

NEW BAND YOU’D RECOMMEND:
We’d say: all the bands we’re playing with apart from The Lotus, which are (in no particular order) Elvenking, Innershine, Prospket, Lost Resonance Found, Hell In The Club, Sukh, Diggin’ For Apples.

OPENING FOR THIS BAND WOULD BE IDEAL:
Muse (that’s banal, we know! LOL)

PLACE YOU’D MOST LIKE TO TOUR:
Everywhere to be honest!

QUOTE THAT YOU’D LIKE TO PASS ON TO READERS:
Where there’s fish, there’s water. (cit, Worms Battlegrounds) LOL

REASON FOR THE TITLE OF YOUR RECENT/FORTHCOMING RELEASE:
Right, our new album doesn’t have a name yet, but we will probably call it ‘ The Great Illusion ‘.
‘The great illusion’ is an idea, it’s the meaning of life itself.
It’s like God’s splendor, that doesn’t exist, but it’s everything for the worshipper.
The Great Illusion is the point of view which can turn itself into a path towards the Truth.

‘This calls for wisdom. Let the person who has insight calculate the number of the Great Pyramid, for it is the number of a man. That number is 777.’

SEE US LIVE AT:
Night people in Manchester or Fuel Cafè in Withington in February. You can check our dates on our Facebook page.

THE OLD DAYS OF MUSIC WERE BETTER THAN THOSE CURRENT, DO YOU AGREE:
We’d agree, but we didn’t live those days so, who knows?

UNUSUAL MERCHANDISE:
We actually didn’t think about it, but now we will definitely do something weird!

VARIATIONS YOU’D LIKE TO DO ON ANY OF YOUR SONGS:
We would probably redo from scratch our 2015 release ‘Awakening’. We could have done it definitely better.

WHAT DO YOUR FANS MEAN TO YOU:
Salary. No, just kidding haha, but seriously, they mean money.
No, actually we’re doing art for someone who’s able to understand it. Therefore, fans are everything for us.

YOU’RE LATE FOR A SHOW, WHO’S FAULT IS IT:
Well, that depends: it could be Luca, or Kristal maybe.

ZOO ANIMAL THAT BEST DESCRIBES THE PERSONALITY OF YOUR BAND:
The elephant: he’s clever but he can be aggressive. And he’s big as all the equipment we bring for every concert!