Our A-Z challenge is a fun way to get to know the many artists around. Here its the turn of folk/punk artist Kieran Campbell to tell us all about himself! 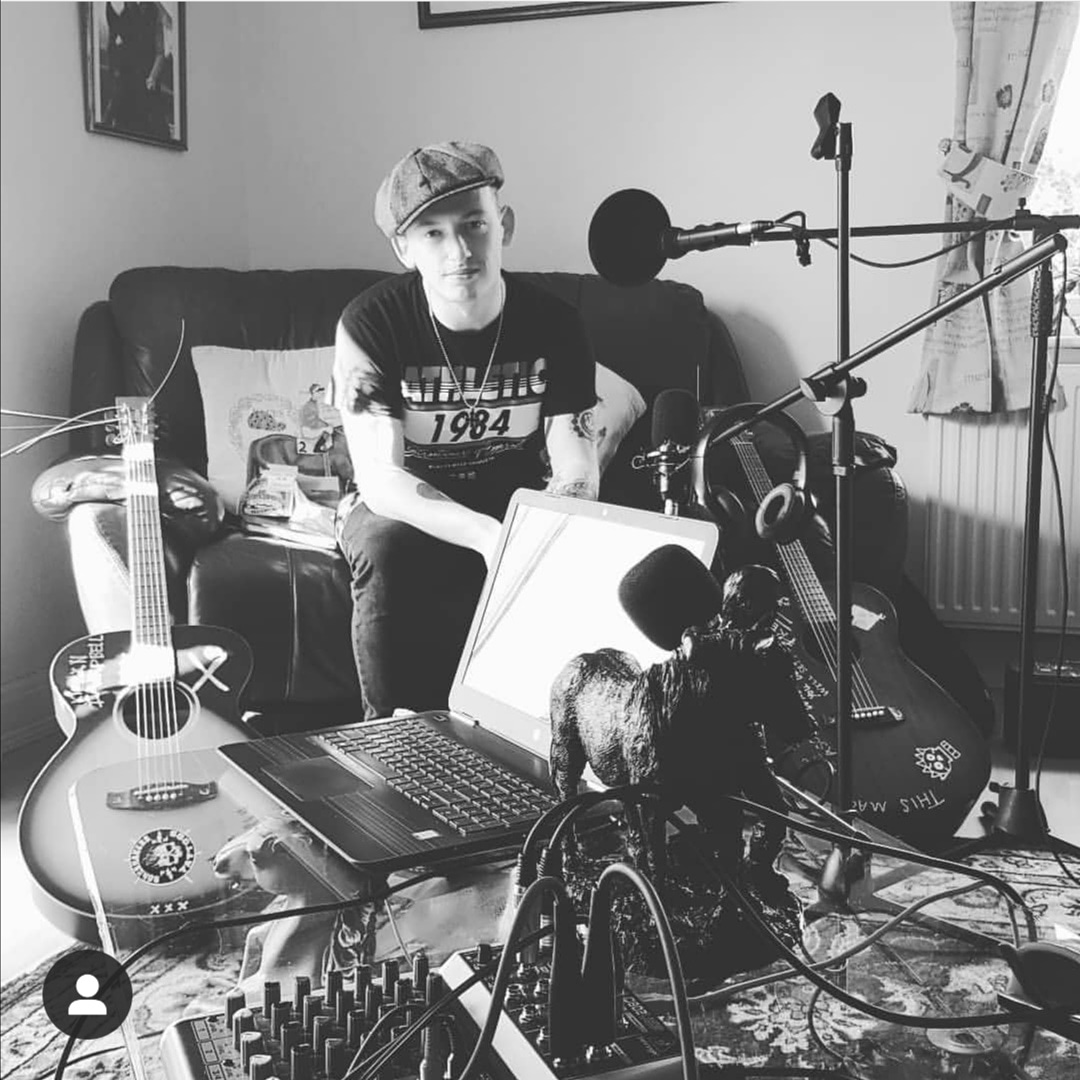 Bob Dylan – When I left home

Backstage room with 1 bottle of whiskey and 1 can of Monster, high end stuff you see 😉 haha, it’s dreadful I know

Seeing people from different parts of society coming together to listen to me scream with an acoustic guitar for an hour, I know it’s not a TV outta window or anything but yeah 🙂

Pain inside your head, while trapped to a hospital bed

Justin Sane from Anti-Flag, so much knowledge, such a chilled guy, met him in Sheffield years ago. So it would be interesting to see what discussions happen in the studio

Playing shows for free constantly, as much as we all love playing and making music, we are all still needing to live, eat etc

Emotions and a clear schedule

I played a very small set in a bar in Amsterdam last year, was so good! Loved it

Either Anti-Flag or Billy Liar, 2 fantastic forms of music!

Caspers Ashes, they are really good, early stages, but fantastic, from Grimsby

Opening for this band/artist would be ideal?

Opening for The Clash would of been great if I was born a lot earlier haha, but opening for Billy Liar, I would do that again.

Where you draw the line, will set you free

ROADTRIPS AND DISASTERS, our car broke down on the way to Manchester, whole engine blew, stuck on the motorway, having a piss waiting for the AA recovery truck, great times, only happen about 2 weeks ago haha

Oh yes definitely, but, each have their pros and cons, obviously social media playing a big part in this era of music, but going back to The Clash days, no cell phones in sight

Boycott the Baptist, my friends band, they are selling or going to sell thongs haha

Variations you’d like to do to any of your songs?

I’d like to add Ska sounding stuff into one or 2 of my songs, would be great!

Well, fans, what fans haha, nah, people who support my music and my gigs, are always welcome! It’s great to bring people together

None so far! Luckily, my hearing has gone a little bit, but that’s nothing compared to what GG Allen used to do haha, crazy guy, not a fan, but respect for being crazy on and off stage.

Bass player, even though I’m a solo artist, blame the nearest bass player