Interview With Rory Nash From GLUM

GLUM are a Grunge-laden three-piece from Winchester. Embarking on a journey to create their debut release, the band have been through loss, pain, frustration and everything in-between. We caught up with vocalist and guitarist, Rory Nash to speak about the updates on everything GLUM… 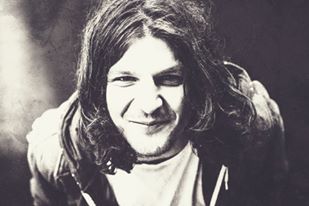 GLUM are a Grunge-laden three-piece from Winchester. Embarking on a journey to create their debut release, the band have been through loss, pain, frustration and everything in-between. We caught up with vocalist and guitarist, Rory Nash to speak about the updates on everything GLUM…

So GLUM, Tell us about the journey that you’ve been on in the past few years…

It’s been a tough couple of years both musically and behind the scenes. We’ve gone through heartbreaks, death, break ups, breakdowns, arguments, band members, doubt, more doubt, pain, smiles, mental illness, sick, joy, depression, rejection after rejection, setting up our own label, good gigs, bad gigs, recording, re-recording, running out of cash, paranoia, lost friends, found friends, waiting, frustration, confidence, isolation, loneliness, disillusion, remorse, anger and fear. It’s been tough. But I genuinely believe we’re going to be releasing the most honest and open book record next year, for the last however many years, that it’s been worth it. Having to do it all ourselves has it’s benefits and its troubles. It means it relies on your ability to just keep going, that takes a massive amount of self belief from someone that pretty much hates everything about themself, but that drives the music, I think you can hear it. I’m excited and scared, basically any emotion I go through I experience the other extreme at the same time, it’s tiring, I think you hear that in the record too. I still hate my voice, it means I have no idea whether people will like it not, sometimes it sounds like a dying sparrow to me, other times it hits me and its like I forget it’s me singing and I just go ‘I feel this song’, which I guess it would be worrying if I didn’t!

We’ve just recorded in Brighton Electric, the list of other bands and artists that have recorded there is long and impressive, but I guess this record is so personal and meaningful to me, I don’t really care. In the past it would have excited and scared me, now it just feels its taken this long, we just have to get the record made, get these songs recorded so I can almost leave them behind, it’s like leaving bits of you behind I guess. We’re going back in December to put together the finishing touches and record some more new ones for our debut album, that will probably get released a little later. Anhedonia, our first EP, will hopefully be released around March next year. We’ve had the luck of working with Ben Hampson on the record, he’s a gentle genius, I spoke with him a lot before the first recording just to gauge my nerves, I think he got what we were doing and after recording with him and hearing the songs that was confirmed, I’m fairly hard to work with because the constant shifts through confidence and paranoia, so he’s done a great job. It’s very 90’s apparently, to me it’s just honesty, if it sounds honest which other people describe as raw, then it feels right to me. There’s no effects or auto whatever on it, it’s how we sound… with better equipment, haha. I’m pretty disillusioned with the current bands out there, with a few exceptions. I feel like everyone’s being pulled into this modern trap of over production and being influenced too heavily by trends and whats currently popular. It’s actually quite hard to find someone who can produce a record like this.

So what do fans have in store?

Well, I have no idea, just because I seem to only work in contradictions, they’re going to find out if they love us or hate us I guess. While it is completely the opposite to what I’m supposed to say, part of me doesn’t care what people think, I mean if they love it, great, if they hate it… great! If it connects to other people then that is what matters to me, and because of its honesty then those it connects to I hope it can help them with those things that aren’t really addressed nowadays that music did for me in my darkest times, not feeling alone. There’s plenty of upbeat stuff out there already, for me this is real, and reality is something that I think everyone is starting to miss, there is no hiding… this is an emotional spewing. Grit.

I guess no-one will really know anything until Anhedonia is released. After that it doesn’t really matter about what I think, it’s out there and it’s for everyone else to make their mind up. So 2016 will be an interesting year, until then it’s just keep going.

So there you have it, GLUM are working on two releases and we cannot wait. Their driven and ambitious outlook is rare and the sheer belief within themselves make GLUM a band you simply cannot ignore.

Stay Up To Date With GLUM Here: