Brad caught up with Kevin Maida recently; Kevin is the guitarist for Chicago Pop Punk band Knuckle Puck who recently released their new album ‘Copacetic’. Speaking about the progression they’ve made on this new release, why they chose ‘Copacetic’ as the name and his view on the Pop Punk scene at the moment, you can read the full interview below… 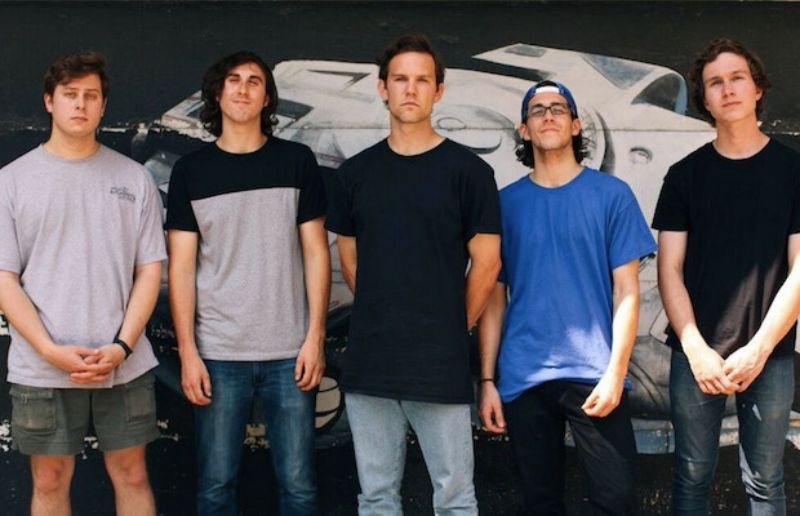 Brad caught up with Kevin Maida recently; Kevin is the guitarist for Chicago Pop Punk band Knuckle Puck who recently released their new album ‘Copacetic’. Speaking about the progression they’ve made on this new release, why they chose ‘Copacetic’ as the name and his view on the Pop Punk scene at the moment, you can read the full interview below:

You have released a couple of acclaimed EP’s that have catapulted you to being one of the top upcoming artists in the Pop Punk scene, how does it feel when you look back at what you’ve achieved so far?

I’s crazy to me. The idea that we’ve been able to actually tour with this band is pretty unreal to me as well, just because when we started the band, I never expected people outside of Illinois to really care at all. So it feels great.

Your New Album ‘Copacetic’ was released in July and the word ‘Copacetic’ means “in excellent order” what was the motivation for calling it this?

A lot of the subject matter on the new record still circles around somewhat negative emotions, but an overall feeling we try to convey is that everything is still in excellent order, even though we may still have some minimal gripes about life.

Tracks like ‘Disdain’ and ‘Pretense’ had been released prior to the release and have both been well received, how excited were you to get the full album out?

Very, very excited. Could not be more ecstatic.

The evolution of your sound on this album is clearly obvious, how do you feel like you have developed as a band on ‘Copacetic’?

We tried to do as many different things as we could. We went into writing and recording with a supreme open mind about our own music. We didn’t want to be held down by any genre restrictions or expectations.

You are playing the Vans Warped Tour this summer, how has the shows been so far?

The shows have been phenomenal. It’s truly an entirely different atmosphere than we’re used to, but in a good way.

As a Pop Punk band, what is your opinion on the whole ‘scene’ at the moment? – do you think its popularity and amount of bands is a good or bad thing?

I think its popularity makes it a great thing. It’s cool that a lot of people actively care about our band and other bands as well. Everything’s in a real good state right now – lot of bands doing cool things.

I really like how you bring a degree of grit to your Pop Punk sound as it makes each song a lot more hard-hitting than some of your peers, is this something you’ve tried to do intentionally or has it happened subconsciously?

I think in the beginning of our band we tried to write songs that were more “aggressive”, I guess you can say, but more so recently it’s been more of a natural thing because that’s how we’ve been writing songs from the start. We always want to write music that’s hard-hitting, in some way or another.

As an American band, what is it like when you come and play shows in the UK?

It’s great. It’s a nice change of scenery just being able to play a show on a completely different continent. Can’t wait to head back next month.

For those who haven’t seen Knuckle Puck live, describe a live performance from yourselves in three words?