The fantastic punks in Gnarwolves​ are gearing up to release their new EP ‘Adolescene‘ which, if the first track taken from it; ‘The Waiting Line’ is anything to go by, it is sure to be a cracker!We caught up with Vocalist and Guitarist Thom Weeks and discussed; the EP, the DIY scene and side projects… 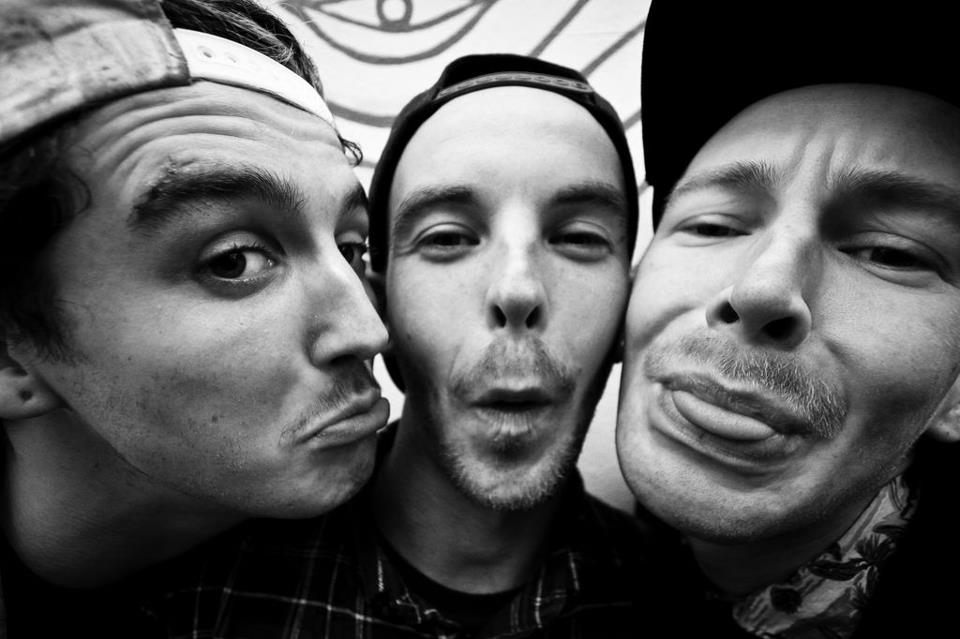 The fantastic punks in Gnarwolves​ are gearing up to release their new EP ‘Adolescene‘ which, if the first track taken from it; ‘The Waiting Line’ is anything to go by, it is sure to be a cracker! We caught up with Vocalist and Guitarist Thom Weeks and discussed; the EP, the DIY scene and side projects…

Hey Gnarwolves, How are you today?

Awful man, have you seen the news? haha…

Let’s start by looking back on the past four years, as a band with a DIY ethic and outlook, how does it feel to have achieved the things you have?

We’re really really grateful. I think “DIY” isn’t quite the right term really, since being in a band that tries to avoid corporate interests means relying heavily on friends and people that are part of your community. We’ve got to learn so much stuff from the people we’ve met and interacted with over the last few years, definitely got to see glimpses of “the dark side” of alternative culture and travelled all over the world. Being an independent band is brilliant.

Was there a point where you decided to do everything your own way or was it something that happened naturally?

We haven’t got a choice really. We’ve all read too many Steve Albini articles and hung around people with anti-fascist back patches too long to do anything differently. We wouldn’t have any mates!

You recently released ‘The Waiting Line’, what is the story behind this track? (Glad to have you back by the way!)

The song is about the way consumerism and free market capitalism creates a culture vacuum. Stuff gets repackaged and churned out and it makes me do sick in my mouth.

With the an EP ‘Adolescence’ coming soon, what can we expect from that? has it differed from previous releases?

It’s a 4 track record. We’ve definitely kept the elements that make us Gnarwolves, but it’s probably our heaviest record (I hate it when bands say that). I reckon you should just listen to it. I reckon they’re our best tunes, but I always think that.

You are returning to releasing an EP, something that really brought you to fruition of the UK Scene, is a second album in the pipeline sometime soon?

Yeah for sure man, got some ideas rattling around. We didn’t start the band with the ambition to write an album, so the idea of writing a second one is a little daunting. EP’s are really fun, and over in 10 minutes. Albums are a whole different game.

I have nothing but respect for you as you possess all the fantastic qualities a band should have; friendly with fans, put on amazing shows and make sure everything is done on your own terms…with this, it is fair to say that your love and passion for music is the real heartbeat of the band?

I would hope that it would be the heartbeat of every band.

You also have some side projects alongside from Gnarwolves, how did these come about?

I guess when you really like playing music you try to take opportunities to keep doing it right? Playing music that doesn’t sound like Gnarwolves makes playing Gnarwolves songs more fun. Plus, we have some super talented mates.

We work with a lot of upcoming bands and I know many of them look up to you as role models, what pieces of advice would you give to them?

Have fun and if you’re not having fun do something else.

We always end our interviews with some silly questions so are you ready?!

Why would I not like anything I like? Ummm, I really like that Wombats song “Moving to New York” and I’m definitely not embarrassed about it. Tay Tay is so sweet too.

Lastly, Is a Gram better than a damn?

I think our social media accounts answer that question…