Ingested take on the A-Z challenge

Our A-Z challenge is a fun way to get to know the many bands and artists out there. Here its the turn of Ingested guitarist Sean Hynes to tell us all about the band. 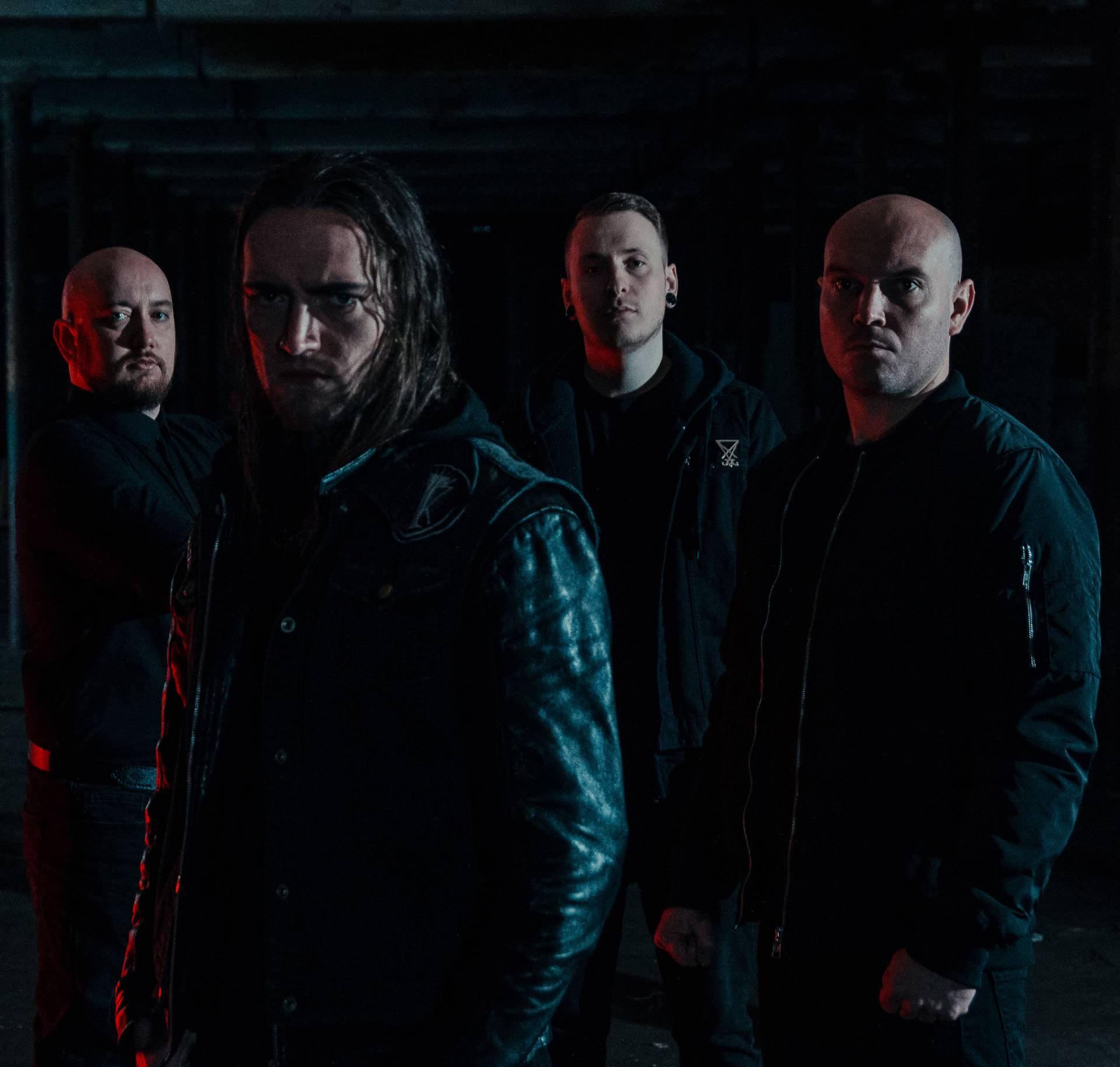 Probably something along the lines of “I’m Broken” by Pantera. When I saw that video I knew straight away that’s what I wanted to do.

To be honest when we get a decent buy out or when we can choose from a venues food menu. Those are the best, you can get what you want. Actual catering, I remember my first European tour way back in 2007, we played Pinarella in Italy and the promoters grandmother cooked us a proper authentic, old school Italian buffet, it was outrageous and I’ve never forgotten it.

There’s quite a few moments that I’d rather not get into haha, so I’ll keep it safe. When we recorded our third album “The Architect of Extinction” we essentially recorded in a converted office block on the second floor. On the first floor was an operating business. It was a Friday night and we were sat playing PS4, after a long day of recording when we felt the room shake. Only to hear a crash sound and a bunch of alarms. We poked our heads out the window to see a car halfway through the offices down below. A group of drunk teenagers crashed the car through the building. The next day the father of the kid who’s car smashed into the wall, re-built the entire wall himself over the weekend before the offices opened again on Monday.

I have written one full song, lyrically, on the new album “Where only Gods may Tread”(something I don’t often do), so it would have to be from that; “A heavy burden, the weight of the world

Some songs come easier than others, which is a blessing when it happens and others take an eternity it seems. One that sticks out, not only for the speed it came together, but also how effective musically it is, is “Penance” from our 2015 album “The Architect of Extinction”.

Sam our other guitarist had this intro melody and a rhythm section written and he passed it on to me to try and structure, not only did it take around 20-30 minutes but I also wrote a solo to see the song come to a close.

All four of us seem to agree on this one, “Better off Dead” from our 2018 album “The Level Above Human” is currently our favourite song in the live set. Maybe it will change once we get out on the road and introduce some new album material.

Honestly there would be quite the list, we just managed to score a legend in ours,  and most people’s eyes to guest on our new album, the mighty Kirk Windstein of Crowbar/Down fame. He features on the track “Another Breath”. Corpse Grinder from Cannibal Corpse, Jamey Jasta of Hatebreed or Randy Blythe from Lamb of God would all be amazing, maybe in the future. Who knows.

Probably being away from family, two of us have kids so it can be pretty brutal being away. Flying from place to place is also difficult, down sizing your live rig to be flight friendly is very hard and very stressful.

Me and Lyn used to play in the band Annotations of an Autopsy back in the day, check out the 2010 album “The Reign of Darkness”.

Everyone is a joke to us, there’s at least one member getting berated from one or all three of us at any one time. We also have a million “in” jokes that we don’t even realise sometimes, over the passed 15 years we’ve managed to come up with utter nonsense that to an outsider means absolutely nothing, but we always know what it means.

For me, coming up with one riff, whether it be an intro, outro or bridge riff and trying to stick to a certain key or motif to build the rest of the song. In our early writing days we had a very chaotic approach, where we’d try and cram a ton of riffs in one song. We’ve found our catchy formula at this point and it’s keeping mindful of how much you are trying to put in a song. Especially when you are writing on the road like us. Where we may have stuck two or three riffs into one song, taking a step back we decided utilising those three riffs in three songs instead and writing the bulk of the song around those particular key motifs would provide more variety in the album and make the songs sound more cohesive alone.

That’s a difficult one to really narrow down, technically when we fly to the states to start a tour that’s like 3000 miles, but if you are talking show to show it would have to be an American date. Sometimes you have to drive like 20 hours and way over 1000 miles for a show.

Probably watching Behemoth when we played Metal Days in Slovenia in 2018. They played main stage and just had an amazing stage show and stage set up, very inspiring and something to aim for one day.

My finger isn’t on the pulse as much as it used to be so I’ve not exactly sought any new bands recently per se. A couple of bands to look out for are Lorna Shore, Shadow of Intent,  I Am and The Merciless Concept.

Well until COVID happened we were about to tick off Australia and Japan in one tour, so I guess it’s still those two places. Hopefully we can reschedule those territories for 2021

I didn’t come up with it unfortunately but I believe it’s a throw back to a lyric we had; “I walk where Gods tread” on a song on our 2011 album “The Surreption”.

Anywhere we play close to you! We only have one tour lined up at this time, COVID determined of course. We hit Europe in December with Vulvodynia, Vale of Pnath and Bound in Fear. Check out ingested.co.uk for dates.

I can’t fully get on board with that to be honest, as much as I like music from the past, what bands are doing now is pushing genres forward, much like ourselves and bands like Fit for an Autopsy, bending the lines and embracing new influences. Music Production is better than its ever been too and I’m a total sucker for “modern” sounding albums.

We did pocket mirrors for hand bags once, we have stuff like pop sockets for phones available etc. If we come up with an unusual idea for merch it often gets scrapped due to logistics and price for production, which is a shame. We wanted to do Pogs (who remembers those?) for our new album and call them “Where only Pogs may Tread”…

Clean vocals was one thing we’ve wanted to do, it’s hard for a band like ours to do something like that, tastefully anyway. Kirk from Crowbar helped us out on that with the new record, so there’s that ticked off the list. We are always happy to push boundaries a little with each album so you never know what we might come up with next.

Absolutely everything, as much as the music is personal to us and we often write for ourselves, we always have the fans in our minds. Ultimately they keep the machine going, buying merch, coming to shows. Without fans, there is no Ingested.

I once pushed our drummer over awkwardly in a pit and dislocated his shoulder, we’ve since retired from “moshing”.

Jason, definitely Jason, he’s the King of fucking about and taking his sweet time.

An Armadillo probably, they are fairly ugly, pretty quick, kinda grumpy and can deflect most bullshit thrown at them with their armour, peoples criticisms can’t penetrate us baby!