InAir take on the A-Z challenge!

Back in November, InAir took on the A-Z challenge to tell us more about themselves. It’s recently come to our attention that this had for some reason disappeared from the site so here it is again (please note the dates on the see us live have now passed). A song which made you want to write […] 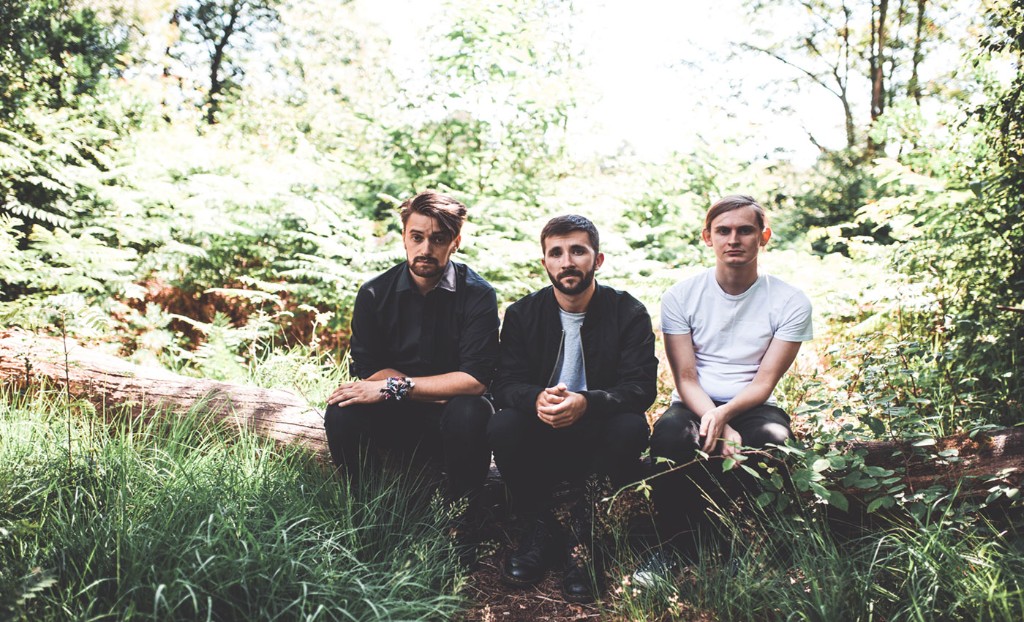 Back in November, InAir took on the A-Z challenge to tell us more about themselves. It’s recently come to our attention that this had for some reason disappeared from the site so here it is again (please note the dates on the see us live have now passed).

“One Step Closer” by Linkin Park. It managed to bring together all these different sounds I loved and repackage them in way the just really resonated with me, something that I try to incorporate into the music we produce now.

We played a show for a friend at a campsite he worked at. We had drinks, food and we got to stay in the most sophisticated tipi I’ve ever been in. It had heating, mood lights and this really chilled atmosphere.

At one of our early gigs, it was a festival show in a tent, one of the sub speakers set on fire. Obviously major health and safety issues. However, we finished the set by grabbing an acoustic guitar and doing a few songs whilst the guys in charge dealt with the fire.

“Why can’t I disappear from this darkness that I fear?” Is a lyric from our most personal song to date called “Insomnia“. The song is about struggling with mental health in particular Insomnia. That lyric in particular is about not wanting to succumb to the dark corners of your mind.

There was a song we never learnt as a band because I realised one time on the way to practice I had accidentally copied a Biffy Clyro song note for note! I thought this great sounding song had just come together really quickly!

Insomnia is always a favourite of ours live. It has dynamic range and through a PA the energy of the sounds really is more evident.

If it was literally anyone. I’d love Ozzy to be on a track just because it would be such an honour. Maybe in a more achievable sense Benji from Skindred does a lot features that add a different flavour from what we do. I’d want someone who can bring something we don’t usually.

Work/life/band balance. There are times where work starts a few hours after gigs.

Aaron is scared of llamas.

Connor is allergic to everything.

Don’t be too precious with ideas, trust the guys you have around you to work through to the best end product.

Currently, Doncaster but we have plans to go even further north on our next tour. Keep an eye on our socials for updates on that!

I loved the work ethic of Dave McPherson, Benji Webbe and Frank Carter. These guys play SO many shows and their commitment to bringing their music to venues is incredible.

We’ve been lucky to share a stage with the fast rising Veridian when they supported us at our single launch last year. The multi-talented Simon Jackman, Veridian‘s lead vocalist, also recorded and produced our ep “A Different Light“!

I think we’d go down opening for Enter Shikari but I like to think we’d be able to make new fans in front of any crowd!

I’ve heard amazing things about the alternative band scene in Japan. Plus it looks a beautiful country.

A sound engineer from a Watford show said he couldn’t believe three polite quiet guys just sounded that big with that energy and attitude on stage. That comment stuck with me and I hope that’s what comes across to people when they watch us live.

“A Different Light” is a lyric taken from our song “Tonight Is Our Night“. The EP deals with some emotional and personal subjects, however each track always resolves with a sense of optimism for the future. There are many references to light throughout the EP so felt it was a fitting title.

I don’t think it is better or worse just different. The internet and streaming services has made music so much more accessible, allowing people to perhaps enjoy a more diverse taste rather just what’s forced at you through mainstream media outlets. Nostalgia is super prevalent at the moment in society I think we should work more on enjoying the moment and experiment with the new things that are available now.

We’ve played with some acoustic versions which we might put out there in the future. However, the focus now is on pushing the ‘A Different Light’ EP and working on the material for the next release.

Anyone who supports us means the world to us. It’s not always easy being in a band, but if it was easy everyone would be doing it. There are times that their comments, buying tickets/merch and singing along at one of our shows is overwhelming. After our recent sub89 show I think we all actually needed a moment to process the love and energy the crowd gave back to us. Was amazing.

We persuaded Connor to go to Turtle (late night bar in Reading) the same day he’d had a small operation. We bumped into one of the nurses in there and he was just chilling with a bit of blood from the stitches.

Aaron, he’d be late for his own funeral. We have to give him fake leaving times to account for this!

I think an owl. It’s quiet in the lead up to things but dangerous when it needs to be. They like to look around and be aware what’s going. When they are soaring through the air they are beautiful but ready to scrap to survive.