Imonolith take on the A-Z challenge

Our A-Z challenge is a fun way to get to know the many bands and artists out there. Here its the turn of drummer Ryan ‘RVP’ Van Poederooyen to tell us all about Imonolith! 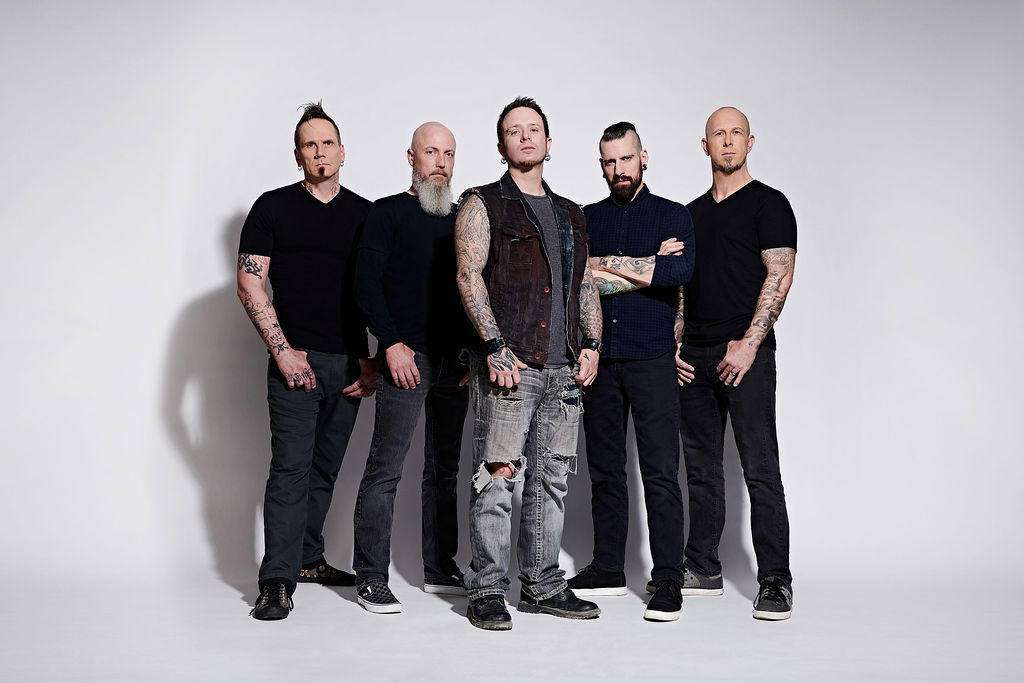 Definitely with the Devin Townsend Project in our later days. We had everything from killer catering (lunch and dinner) to various healthy foods (fruit, veggies, etc..), junk/munchie foods, Perrier, lotsa’ coffee, various beers from around the world, wine, a couple bottles of spirits, socks, hand sanitizer, Vitamin C, cold medicine, protein shakes, and more. Can’t remember it all but it was damn good!

Probably right now and dealing with the COVID-19 pandemic. We had our first two tours cancelled because of it. It’s delayed some of the shipping for our debut album release and a few other business things that have thrown us for a loop. It’s just been a crazy time for us all, just like the rest of the world.

There’s a lot on our debut album, ‘State of Being’. I’ll go with lyrics from the song ‘We Never Forget’:

“Life with no regrets

Why we never forget”

That would have to be ‘Breathe’. Brian and I wrote the whole song in a couple hours. It just came very easily and it also happens to be the catchiest song on our album, I think!

We already got Jens Kidman and Johannes Eckerstrom on our album and are stoked about both their guest appearances. They killed it!!!

Being profitable. Even when I played with the DTP, Devin would have his own share of problems with profitability in some areas of his business. He does more than fine tho 😉 every band goes through it. It costs a lot of money to tour and make records, everything. When you’re a new band like Imonolith, you have to be even more careful with how you spend your money. It’s definitely the most challenging thing until you reach that breaking point of being profitable.

Kai Huppunen is an incredible artist, craftsman and does voice over work too, never mind being an awesome guitar player. I was blown away by his paintings. Really great stuff. He’s super talented at many things.

They’re too offensive and vulgar to share here! Haha. I think? Not gonna’ chance it 😉

Play for the song!!! Sounds simple right? But so many people want to throw in that extra drum fill that actually doesn’t belong or throw in a crazy guitar part that may take away from the vocal part. Just write and play for the song. Do what the song calls for!

From Vancouver, BC, Canada to Santiago, Chile to play a show at Metalfest with the DTP.

I’d have to say Mike Patton. I’ve seen him live many times. The guy is a genius. Super talented and I love Mr. Bungle and Faith No More.

Imonolith. Haha! Let’s go with, Killer Be Killed. Kinda newish band, love their debut record. Hope they do a second.

At this point, South America because I’ve only played in Chile once with the DTP. Many places I’d like to tour down there!

We called it ‘State of Being’ because the songs on the album all have to do with the various states of being that people go through in their lives. There’s an underlying positive message throughout the record though. In the end, life is what you make it. How you react to these states of being in life, is what ultimately determines your course of life. React positively and chances are you’ll consistently get better results no matter what’s thrown at you in life.

Our current UK/EU and Canadian tours have been postponed due to COVID-19 and we’re in the middle of rebooking them for late 2020 among looking into future tours in 2021.

Yes and No. Musically there is great stuff past and present. Business wise… There were some great things about the past, like how labels were run and the business itself. As for today, we have social media which is a massive tool for bands to use for exposure and communicating worldwide, which we didn’t have in the past. So, there’s pros and cons to both time periods, the way I see it.

We’re a brand-new band and just getting started, so the most unusual piece of merch we have now would be Imonolith Baby Onsies! Haha. We’re still building and working our unusual categories!

We have our song ‘Dig’ and we’ve been talking about doing a crazy extended ending to perform live. It gets even heavier with what we have in mind. Whether it happens or not remains to be seen. Come see us live to find out 😉

They mean everything to us. We can’t do what we’re doing without their support. Plain and simple. I personally don’t even like calling them ‘fans’. It sounds derogatory to me. I call them our supporters. We’re grateful for the worldwide support we already have. Huge thanks to everyone supporting us!

The best example of that would be our guitar player, Brian Waddell and his endorsement with ‘Ice Power’ a company out of Finland. He got them endorsing him in the Devin Townsend Project days. It’s basically promoted as fast and efficient relief for muscle pain. Dave Young and Beav would headbang so much that they would apply it after every show! Haha. It supposedly worked wonders for them.

A Panther. It’s a meticulous and a straight to business type of animal. No messing around. That’s how we approach our band and our music… very seriously and with a lot of pride.